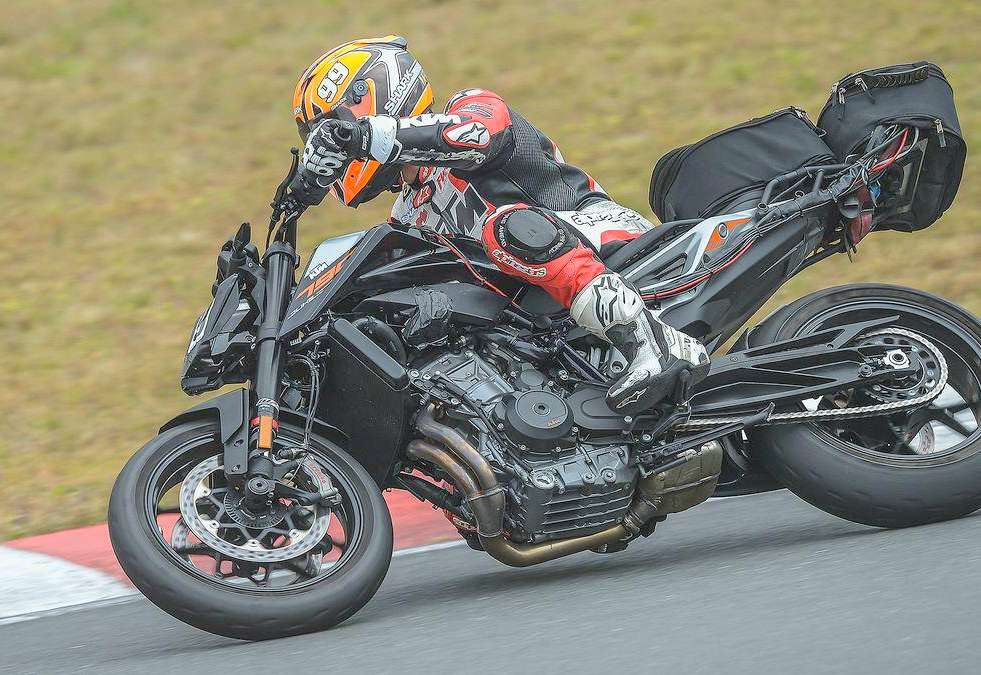 The KTM 790 Duke, nicknamed by the company as ‘Scalpel’ for its super sharp handling traits, is getting ready for an upgrade. The new medium displacement Duke is only two years old but the new European emission regulations warrants a powertrain tweak.

A prototype of what appears to be 2020 KTM 790 Duke has been spotted at a track day in Europe. The motorcycle was ridden hard by ex-MotoGP star and KTM’s development rider Jeremy McWilliams. The soft bags mounted on the saddle and tail section clearly indicate the presence of on-board data logging kit. Looks like the street fighter is in for electronics and powertrain upgrades.

Most of the two wheeler brands with Europe as the primary market are jacking up the engine capacity of their medium displacement motorcycles to position their products in right emission category. It is being reported that KTM could adopt a similar strategy by increasing the 790 Duke’s displacement to around 890 cc. The additional 100 cc need not necessarily translate into significantly more power because the priority would be to tuck under the new emission limits. 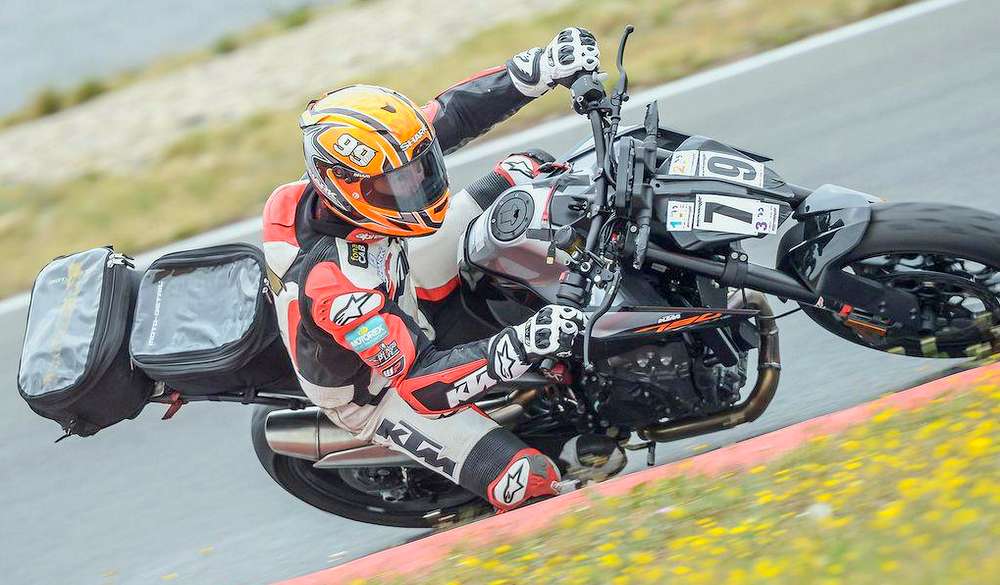 The current KTM 790 Duke’s 799 cc parallel-twin liquid-cooled engine is tuned to produce 105 hp. The upgraded powertrain could be offering around 10 hp more. It is possible that the more powerful version could be introduced under the R performance banner.

There are no styling changes visible on the prototype. Eyewitness account states that the engine note was noticeably duller than the eager-to-rev 790 Duke (another indicator of a larger and mellowed down engine). The prototype is also reported to be equipped with adjustable front fork and Brembo braking system.

More details about the alleged KTM 890 Duke or 2020 KTM 790 Duke are expected to be available at EICMA 2019 which is set to take place in Milan, Italy, in November. The medium displacement Austrian street fighter will compete with the likes of Kawasaki Z900, Triumph Street Triple, Suzuki GSX-S750, and so on.

Interestingly, KTM appears to have finally decided to bring the 790 Duke to India. The motorcycle has started reaching dealerships ahead of an imminent launch. It is being reported that the KTM 790 Duke will carry a price tag of around INR 8.5 lakh (ex-showroom).