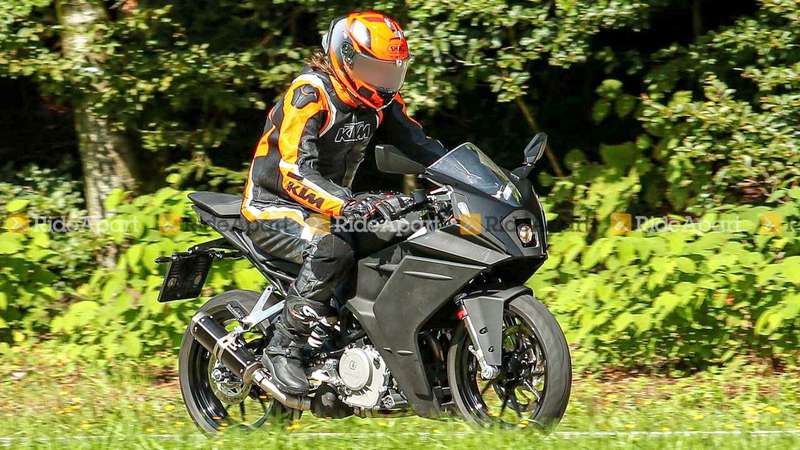 Performance motorcycle brand, KTM plans to roll out up to 5 new motorcycles over the next 12 months. The list includes the likes of new generation Duke 390, RC 390, Adventure 250, Adventure 390, etc. Of these, it was the new gen 2020 KTM RC 390 which has now been spied by folks at RideApart.

The KTM RC 390 was launched in 2014 as a fully faired mid-sized sportsbike. It is one of the best selling fully faired motorcycle from KTM, not only in India, but across the world. It was given a major upgrade in 2017. Now, it is getting ready for yet update, which will be the biggest update given to RC 390 since its launch in 2014.

As per spyshots, which came in from Austria, the new RC 390 will see some significant design changes. It was noted with new faring design, a more rounded nose and a taller windscreen. It also gets new lines on its side panels while changes are also evident on the subframe and pillion at the rear.

2020 KTM RC 390 sits on a slimmer trellis subframe which extends behind the rider while the fuel tank appears to be larger. The handlebar also sports a more ergonomic design for a better riding stance.

A new all-digital instrument console could also be a part of this makeover, which it will share with the 390 Duke. Hardware will include inverted forks in the front and pre load adjustable monoshock at the rear. Dual channel ABS will be offered as standard.

The RC 390 will continue to sport its 373cc engine which powered its earlier counterpart but will get a new cylinder head and exhaust manifold which will allow it to comply with BS6 norms. Output is expected to remain the same. Production ready RC 390 is expected to debut at the 2019 EICMA Show later this year in November, along with Duke 390 and Adventure 390.

KTM in association with Bajaj Auto, aims to strengthen their small displacement lineup. They want more emphasis to be paid to the mid 200-390 segment, as this is the segment which is expected to grow highest in the coming years.

The KTM 390 Adventure is also one of the most awaited bikes of 2019 and this will also make its debut at the 2019 EICMA Show. The feature list will be similar to the 390 Duke but equipped with more adventure oriented features such as off-road tyres, stiffer suspension, longer suspension travel, spoke wheels, windblast protection, raised handlebars, etc.