Fasten your seat belts because the new generation Land Rover Defender is finally making its way to India. The latest development was shared by the British-origin manufacturer on their official India website. Jaguar Land Rover has stated that it will be launching the new Defender in India on October 15.

The makers also released a teaser video on their official YouTube channel confirming the same. In the short 18-seconds clip, the new Defender is shown moving along the rough terrain of a clip which is later shown to be of the same shape as the SUV itself.

The new-gen Land Rover Defender made its global debut at the Frankfurt Motor Show in September last year. Its prices for the India market were revealed earlier this year in February and bookings have been open since then. However, the official launch, which was earlier scheduled for June, was delayed due to the ongoing crisis of Covid-19.

Commenting on this development, Rohit Suri, President and Managing Director, Jaguar Land Rover India admitted that is a significant moment not just for the company but for the entire automotive industry to witness the launch of this iconic SUV in India. The Defender was first launched in India in 2009 soon after it was taken over by Indian auto major Tata Motors. He further added that the launch will be a digital affair in accordance with recent norms.

While internationally offered in both petrol and diesel as well as plug-in hybrid configuration, in India it will only be offered with a 2.0-litre turbo petrol engine. This unit is capable of cranking out 292 bhp and 400 Nm of peak torque and will be linked to an automatic transmission. It will be offered in two derivatives- a 3-door version Defender 90 and a 5-door version Defender 110. 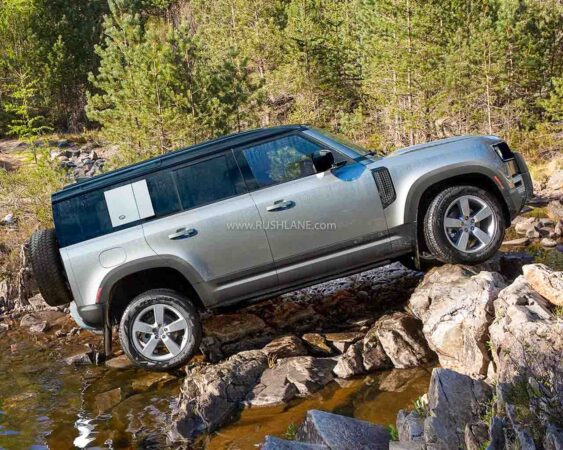 Since it is a Land Rover, it is bound to be overloaded with features and latest technologies which includes a 10-inch touchscreen infotainment system which offers Pivi Pro infotainment system with over-the-air (OTA) updates. In addition, it also gets a 12.3-inch digital instrument cluster, Connected Navigation Pro, Smartphone Pack, a head-up display, a refrigerated compartment at centre console (optional) and a whole lot more.

The legendary off-roader is equipped with a Terrain Response 2 system so that it can optimise traction between the tyres and terrain and can automatically raise itself by 145mm while going off-road. The electronic air suspension can reduce the ground clearance by 50 mm for easier ingress and egress. A 360-degree parking camera and Wade sensing technology are some of the many safety techs on board.

The new Defender has been built on an all-new D7X platform and is based on a lightweight aluminium monocoque chassis which is considered to be the stiffest to be produced by the British marque till date. The customers have the option to choose from five variants namely- Base, S, SE, HSE and First Edition. 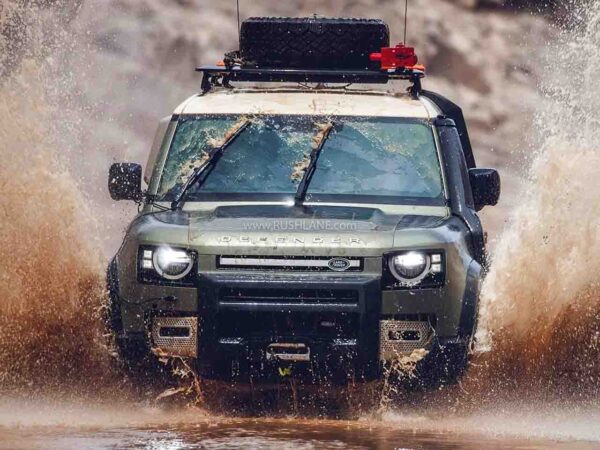 It will come to India via CKD route. As per prices revealed in Feb 2020, it was priced in the range of Rs 70 lakhs to Rs 87 lakhs, ex-sh. It remains to be seen if the same are changed or not. It competes with the likes of Jeep Wrangler.