2020 Land Rover Defender spied testing in India ahead of launch 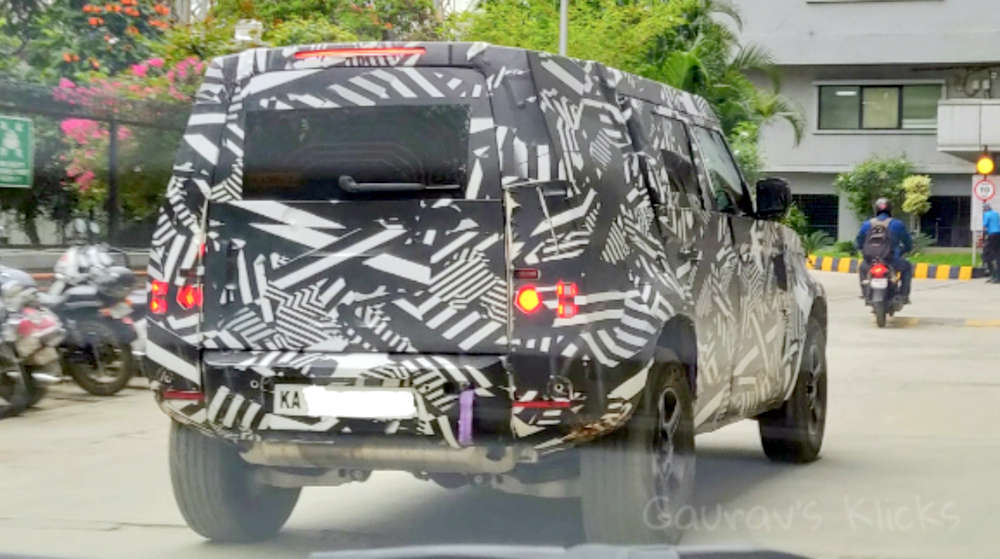 The 2020 Land Rover Defender has been recently spied on tests in Bengaluru by automotive enthusiast Gaurav Indu. Though under heavy camouflage, there were certain design elements that were noted.

It continues to boast of a squared silhouetted with boxy proportions but there are several elements that are a massive leap over its current generation model. 2020 Land Rover Defender is slated to be introduced in six variants – Defender (base), S, SE, HSE, First Edition and top-spec X and two wheelbase sizes – 90(3-Door) and 110 (5-Door).

It is positioned on a new platform called the D7X. It gets a monocoque chassis for a more off roading presence and gets a stiffer chassis which is said to be 3 times stiffer than the body on ladder frame. 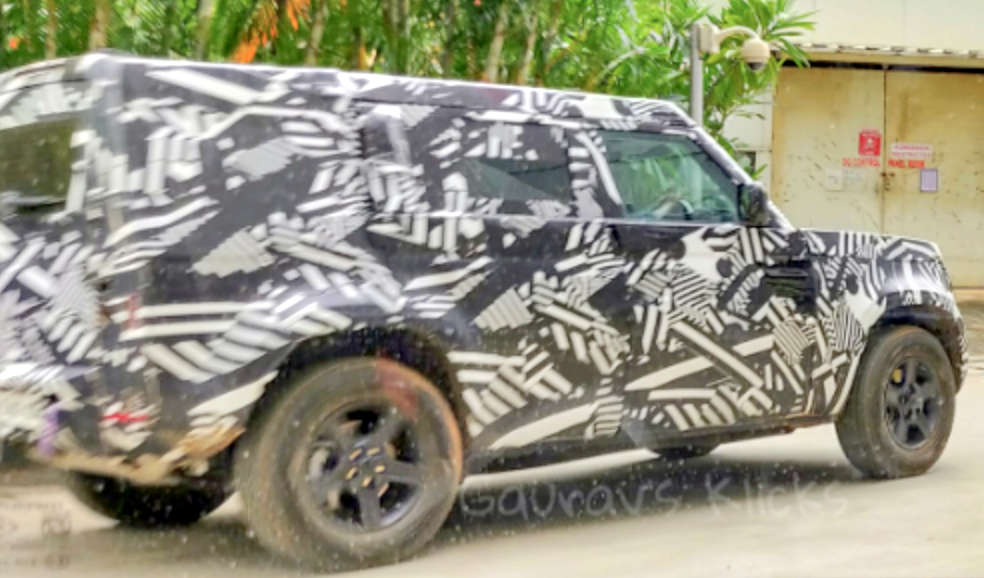 2020 Land Rover Defender SUVs rear was seen wearing LED tail lamps, which were positioned on either sides of the side hinged door. Spy shots also showed off a flat roof, squared glass area and though there was no boot mounted spare wheel on the model on test, this could be incorporated into its final production model.

The new Defender will also get automatic Matrix LED headlamps, a panoramic sunroof and will sit on 20” alloy wheels. The engine specifications also get detailed and with two petrol and one diesel engine from the Jaguar Land Rover Ingenium lineup.

Having made its international debut at the Frankfurt Motor Show earlier this year, the new Land Rover Defender will launch in India next year. There are no indications on price as on date but estimates put it in a price range between Discovery Sport and the Discovery SUV when it comes here.

The new Discovery was also seen testing in India earlier, and has been listed on the Land Rover India website. Both SUVs will launch in 2020 in India.