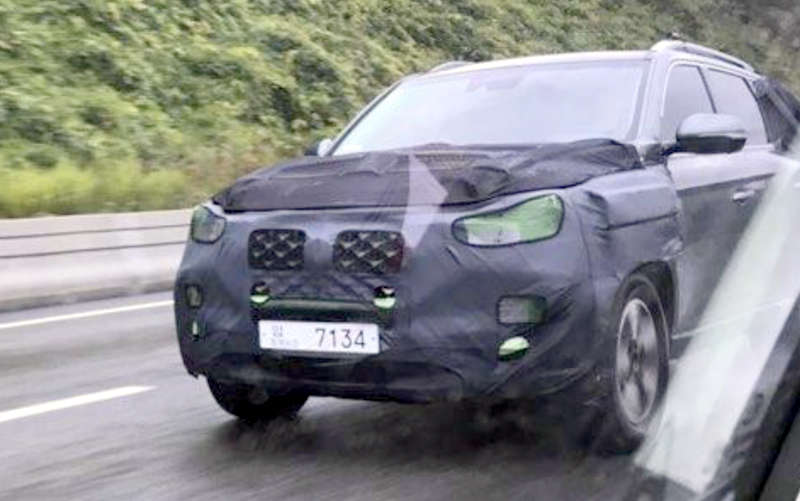 The two-year old SsangYong Rexton G4 flagship SUV is getting ready for a minor nip and tuck in international markets. A partially disguised prototype has been spotted testing South Korea, giving us a clear idea on what is going to change. In India, the Rexton G4 is branded as the Mahindra Alturas G4.

2020 Mahindra Alturas facelift design still looks fresh and not surprisingly, there are no noticeable changes to the sheet metal design. The front fascia appears to have a larger hexagonal grille and this could lead to slight revision of the headlamps. Of course, the secondary air dam and foglights would be redone as well.

The prototype doesn’t feature any changes to the side profile whatsoever. The rear end is fully disguised but it is reasonable to expect revised taillights along with reprofiled rear bumper. Improvements on the inside would primarily focus on addressing the customer feedback (colour themes, materials, fit and finish, etc). 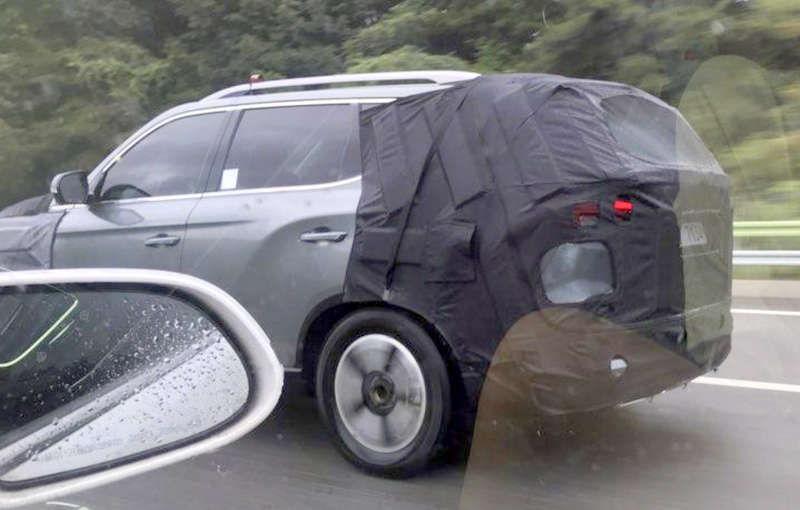 We don’t expect the SsangYong Rexton G4’s powertrain lineup for the international markets to be fiddled with this time around. Given the global trend for electrification, will the Mahindra-owned Korean automaker introduce a hybrid powertrain? It is unlikely at this point of time.

The Rexton is already equipped up to the brim in a bid to lure prospective customers of developed markets away from well established brands. We expect the updated version to add a few more goodies like an improved ADAS suite.

In India, the flagship SUV had a reasonably strong first few months but the general slowdown has relegated it to the sidelines of its segment which is populated by the Toyota Fortuner, Ford Endeavour, and Skoda Kodiaq.

We expect the Alturas G4 to receive its facelift a year down the line and changes would be similar to the Rexton G4 facelift. The SUV is currently powered by a 2.2-liter four-cylinder diesel engine which delivers 181 hp and 420 Nm of torque. Power is sent to all the four wheels via a 7-speed automatic transmission sourced from Mercedes-Benz.

The Mahindra Alturas G4 is priced between INR 26.95 lakh to 29.95 lakh (ex-showroom). The pricing is a bit steep for a Mahindra but the Alturas is a truly global 7-seat SUV with plenty of features to justify the positioning.