Over the months, we have shared multiple spy shots of the second-gen 2020 Mahindra Thar BS6 offroader. The buildup it has created is immense thanks to over two years of road tests. Unlike its BS4-compliant predecessor built over the Scorpio’s platform, the new Mahindra Thar is almost completely new from the ground up. Indian automotive enthusiasts will finally see the offroader in full after it is officially unveiled on August 15.

Once launched, the new Mahindra Thar will not have any direct rivals unless and until Force Motors introduces its Gurkha BS6 (showcased at Auto Expo 2020). Meanwhile, Maruti Suzuki has no plans to introduce the highly awaited Jimny, at least its original, capable and desirable three-door avatar.

As its world premiere approaches fast, latest Mahindra Thar test mules appear to be almost market-ready albeit densely camouflaged. Besides having a rugged, go-anywhere DNA, the old Thar was an arguably expensive proposition with sub-par onroad performance. The new version could be far better on the highway (for a tall offroader) whilst keeping its all-terrain prowess intact. It is worth mentioning that the 2020 Mahindra Thar employs ample inputs from the brand’s offroad division, Mahindra Adventure. 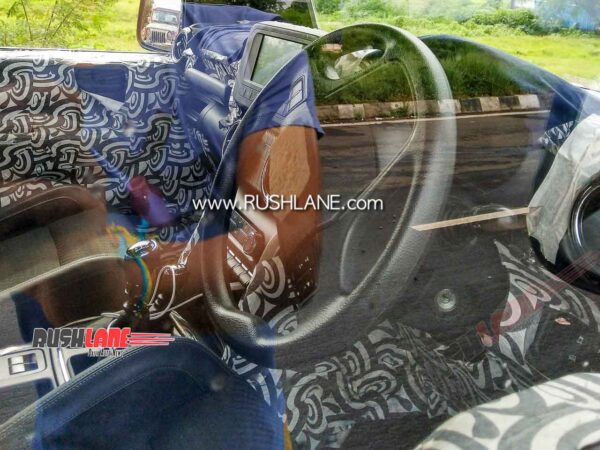 Automotive enthusiast Ajinkya shares with us a fresh set of 2020 Mahindra Thar spy shots. He has spotted a herd of softtop and hardtop examples on the Nashik-Mumbai highway, near Mahindra & Mahindra group’s Igatpuri facility — home to Mahindra Adventure Off-Road Training Academy.

It is no secret that the old Mahindra Thar did not have enough equipment to justify a price tag of roughly Rs 10 lakh ex-showroom (for the final ‘700’ limited CRDe version). However, the new model packs substantially more, as evident from the interior shot shared below. Look closely and you will find buttons for TCS (Traction Control System) and HDC (Hill Descent Control) to the right of the steering column. The rest of the switch panel might reveal even more functionalities. Do keep in mind that this vehicle is still an early developmental example. 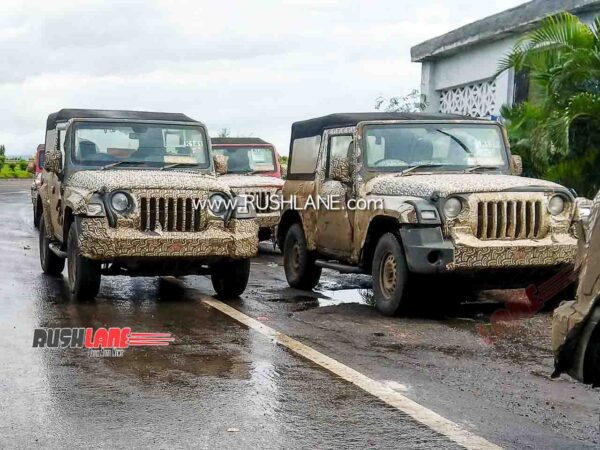 Several sources suggest that the 2020 Mahindra Thar will be available with two BS6 engine choices: 2.0-litre mStallion turbo petrol and 2.2-litre mHawk diesel. It will take a few more days before we can share their output figures. Transmission options should include a 6-speed manual and 6-speed TC automatic.