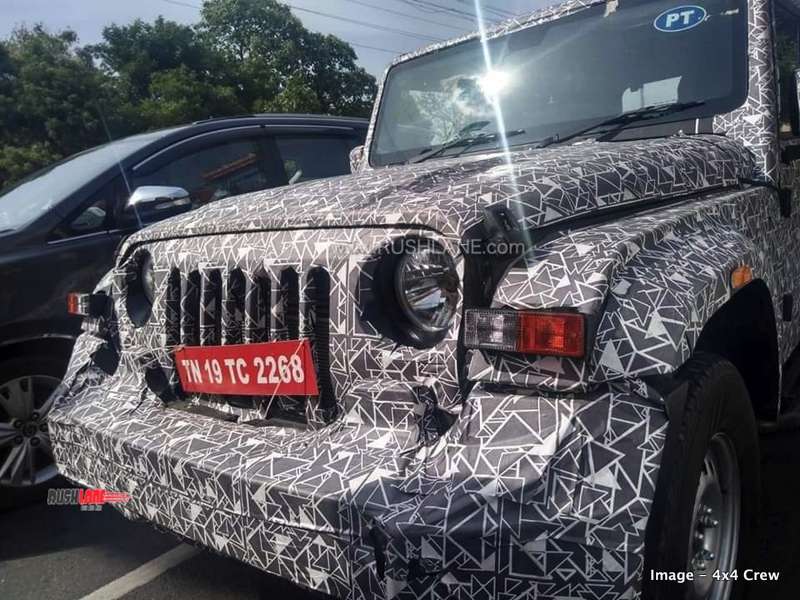 More spyshots of the 2020 Mahindra Thar off-roader has surfaced online ahead of the vehicle’s official debut which is set to take place later this year or early next year. As we already know, the SUV continues to retain its classic styling which has its origins in the Willys Jeep.

The circular headlamps, seven-slot front grille, flared wheel arches, boxy cabin with soft top and basic taillight cluster have all been retained but every single element seems to have undergone slight revision. For starters, the headlamps are placed wider apart and the grille slots are shorter than before.

The new generation Thar certainly looks considerably wider and taller (higher ground clearance) than the outgoing model. It also appears to be wearing wider tyres as well. Mahindra has managed to keep the interiors of the prototypes away from prying eyes but if we have to guess, we expect a fresh dashboard design with additional equipment. Front airbags will be standard and we won’t be surprised if the top-end variant comes loaded with a touchscreen infotainment system. 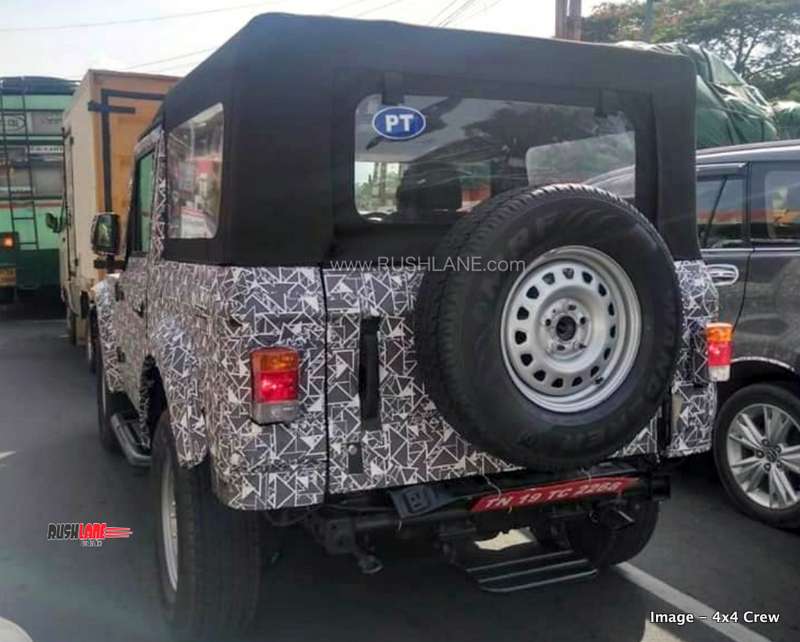 From the looks of it, the new Mahindra Thar is aiming to be a bit upmarket compared to its predecessor. We expect more comfortable front seats and flexible rear ones.

Considering that the crash tests are to be made mandatory in the country, we expect the next generation Mahindra Thar to be underpinned by a strengthened ladder frame chassis. Standard safety equipment will include airbags, ABS, reverse parking sensor and front passenger seat belt reminder.

A recent media report suggested that Mahindra is going to upgrade all of its diesel engines to BS-VI standards expect the KUV100’s 1.2-liter unit. So, the Thar’s 2.5 CRDe and DI engines are likely to be carried forward.

The entry level DI is the same four-cylinder unit that powers the Bolero. The motor produces a modest 63 hp and 195 Nm of torque. The range-topping CRDe engine is good for 105 hp and 247 Nm of torque. A 4×4 system with low transfer case is optional with the former and standard with the former.

The new Mahindra Thar is expected to be more capable off the road than its predecessor with improved approach and departure angles. Prices are expected to be considerably higher than the current model which retails between INR 6.72 lakhs to INR 9.50 lakhs (ex-showroom, Delhi).