Launched in October, next-gen Thar has turned out to be a resounding success

By October end, bookings had already crossed the 20k mark. There’s so much demand for 2020 Mahindra Thar that waiting period in some cases has reached eight months. To ensure customers get their Thar delivered in time, Mahindra will be ramping up production in the coming months.

With its wide body, striking front fascia, and prominent wheel arches, all-new Thar is the quintessential head turner that is designed to dominate the roads. The overall design is close to perfect and there doesn’t seem to be any need for further upgrades. However, some folks are never satisfied with the standard and want their rides to be really unique. 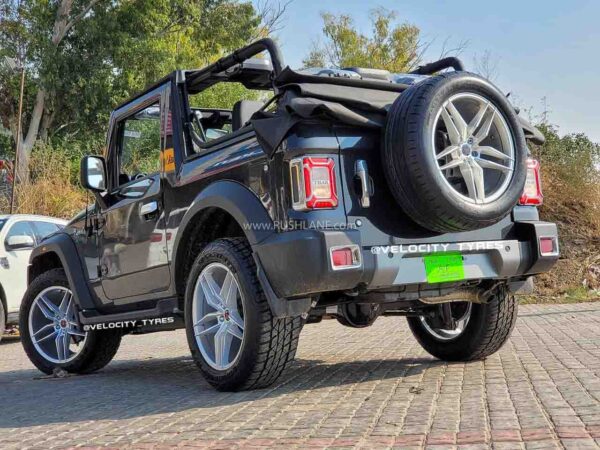 We can see that in this recent modification project, where the all-new Thar has been updated with 20-inch R.P.M wheels. This customization has been carried out by Velocity Tyres, located in Ludhiana, Punjab. If we talk about the stock version, all-new Thar is equipped with R18 alloy wheels. This is already the largest tyre in its class. 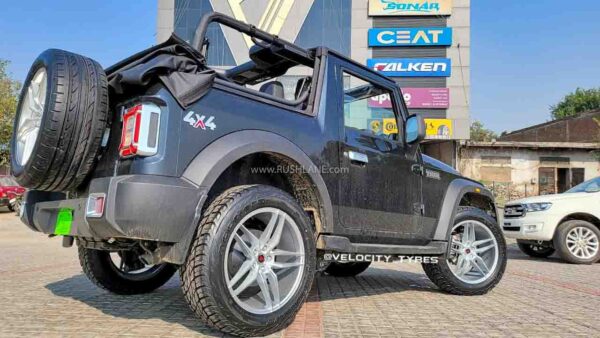 Along with the 20-inch wheels, the SUV also gets performance tyres from Accelera. The tyres used are Omikron AT, which are especially designed for 4×4 vehicles. These can handle almost all types of terrain. These offer a range of benefits such as smooth rides on highways. In an off-road environment, these tyres ensure improved cornering, enhanced traction, and reduced risk of hydroplaning. 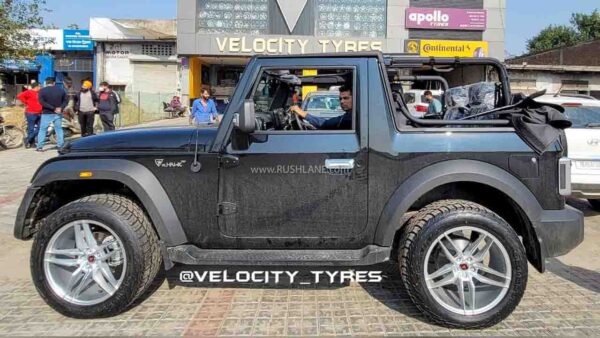 All-new Thar is offered with both petrol and diesel engine options. The 2.0 litre mStallion turbo petrol motor is capable of delivering 150 bhp of max power at 5000 rpm. Torque output is 300 Nm with 6-speed manual transmission and 320 Nm with the 6-speed torque converter automatic. The diesel option is the 2.2 litre mHawk engine that generates 130 bhp / 300 Nm. Transmission options are same as that of petrol variant. 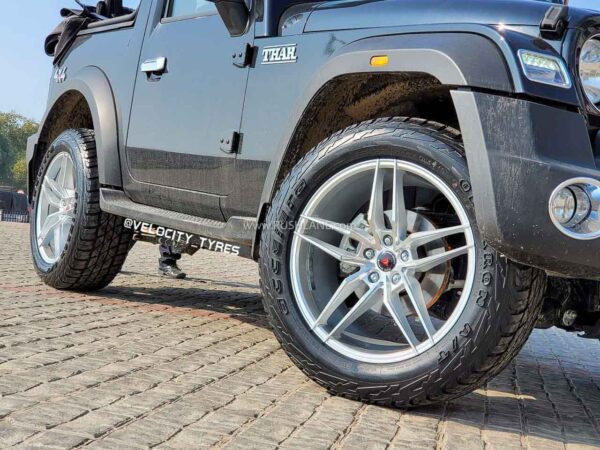