DC Design is known for its awe-inspiring car customizations and we have seen several such examples in the past. Even in case of cars that already look stunning, DC Design has worked their magic to make them even more attractive. The latest product to get the DC Design makeover is all-new Mahindra Thar that was launched recently. 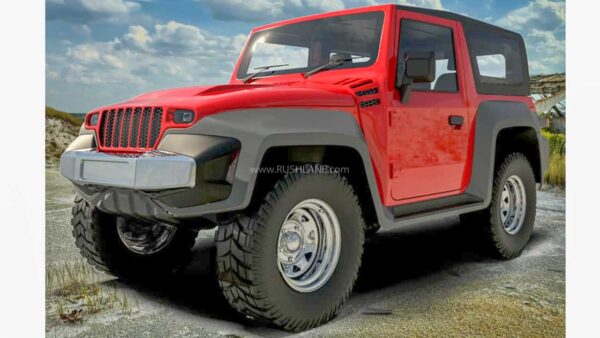 A massive, protruding bumper has been added at the front, which significantly enhances the SUV’s dominating profile. A skid plate has also been installed. Changes continue to the bonnet, which now looks more beefy. New air vents have been added to the bonnet and there’s a scooped section as well. When viewed from the front, these look quite similar to the muzzle of a gun.

There are some functional changes as well, for example, the increased ground clearance that will be useful for extreme off-roading. Other functional improvements include deep dish alloy wheels and bigger, knobby tyres. 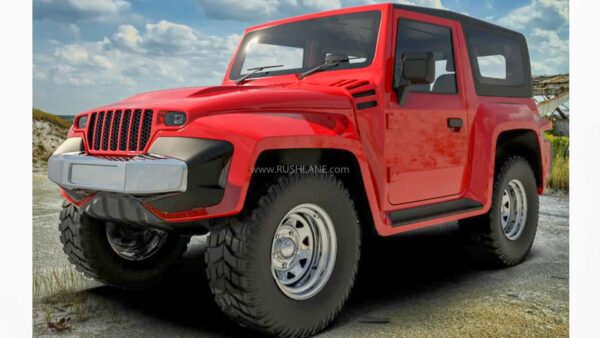 Talking about the side profile, DC Design Thar gets large, body-coloured wheel arches. This adds more width for a dominating road presence. At the rear, customizations include horizontally placed lamps and a large bumper.

Although details are yet to be revealed, it is possible that some customizations may also be carried out on the inside. In terms of performance, there won’t be any changes to the engines. All-new Thar is available with both petrol and diesel engine options. 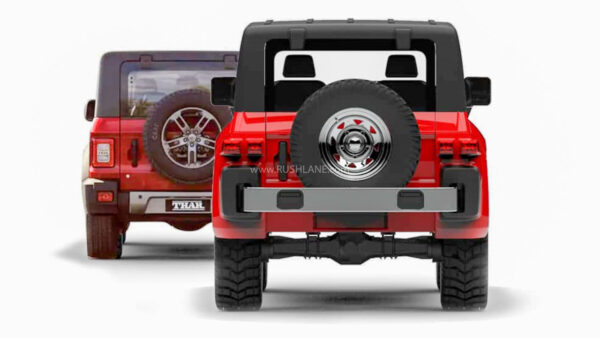 Next-gen Thar is currently one of the most desirable SUVs in the country. It has been getting rave reviews not just for its looks, but also for its powerful performance. As compared to its predecessor, new Thar also packs in a number of creature comforts. On the business side too, Thar has done phenomenally well with bookings of more than 15k in around a month’s time.

New Mahindra Thar is priced in the range of Rs 9.80 lakh to Rs 13.75 lakh. It is expected that the DC Design version would cost a few lakhs more. Currently, Thar does not have a direct rival. In the future however, it will have to deal with the likes of Force Motors Gurkha.