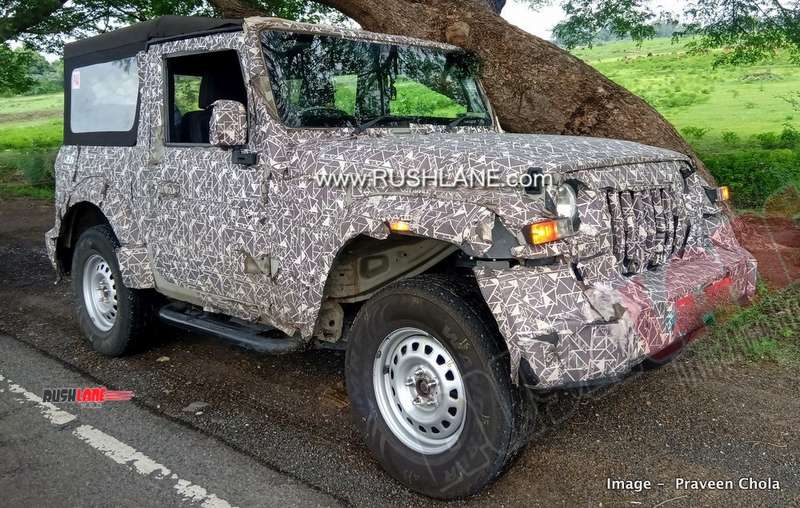 A set of clear and close up spy shots of a stationary 2020 Mahindra Thar prototype has emerged, thanks to automotive enthusiast Praveen Chola. The next generation model which is currently undergoing rigorous testing is expected to be launched towards the end of this year or early next year.

The new Mahindra Thar, as we already know from previous spy shots, continues its retro-classic styling but has grown wider to a noticeable extent. The front fascia receives wider bonnet, a new seven-slat radiator grille, headlamps which are further apart, new bumpers and revised wheel arches.

The gap between tyres and wheel arches indicate that the ride height might have been increased compared to the older model. While the exterior design looks finalized, the prototype appears to have some ill-fitting panels underneath the camouflage, suggesting that Mahindra could be hiding some finer design details like the taillights and tailgate. 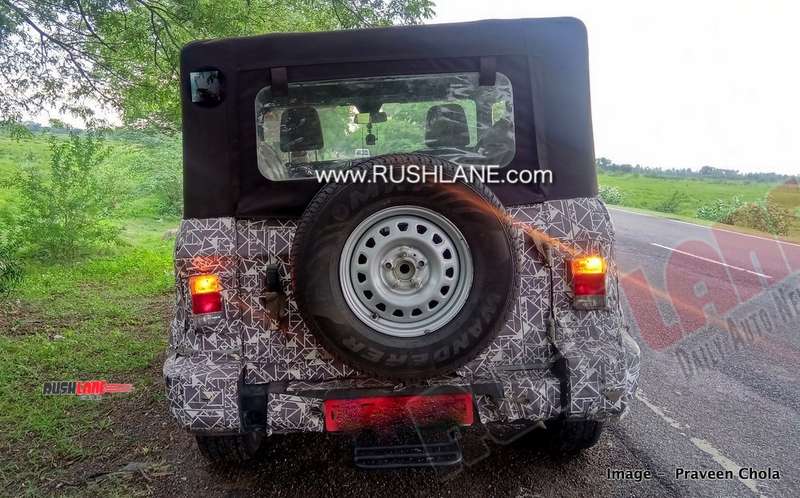 While a hard-top variant with forward-facing rear seats was spotted earlier, this one features the traditional tarpaulin roof and longitudinal bench seats at the rear. The observer reports that the front seats looked much more comfortable than the ones on the current model (again, something we noticed in previous spy shots).

The 2020 Mahindra Thar is equipped with an fresh dashboard design with all-new center console (with provision for touchscreen infotainment system), a new instrument console with large MID, and a steering wheel that seems to be borrowed from the TUV300. The off-roader will be equipped with government mandated safety features like dual airbags, ABS, speed alert warning system and front passenger seat belt warning.

The next-gen Thar will be based on a sturdier ladder frame chassis which is expected to have superior crash worthiness and better off-road capability compared to the outgoing model. While the existing 2.5-liter CRDe engine is expected to receive BS6 upgrade in lower variants, the higher variants are likely to be powered by a new 2.0-liter diesel engine. Both rear wheel drive and 4×4 (with low transfer case) configurations will be on offer.

The new Mahindra Thar will continue to appeal to off-road enthusiasts but the improvements will be aimed at making it more versatile for family-car applications as well.