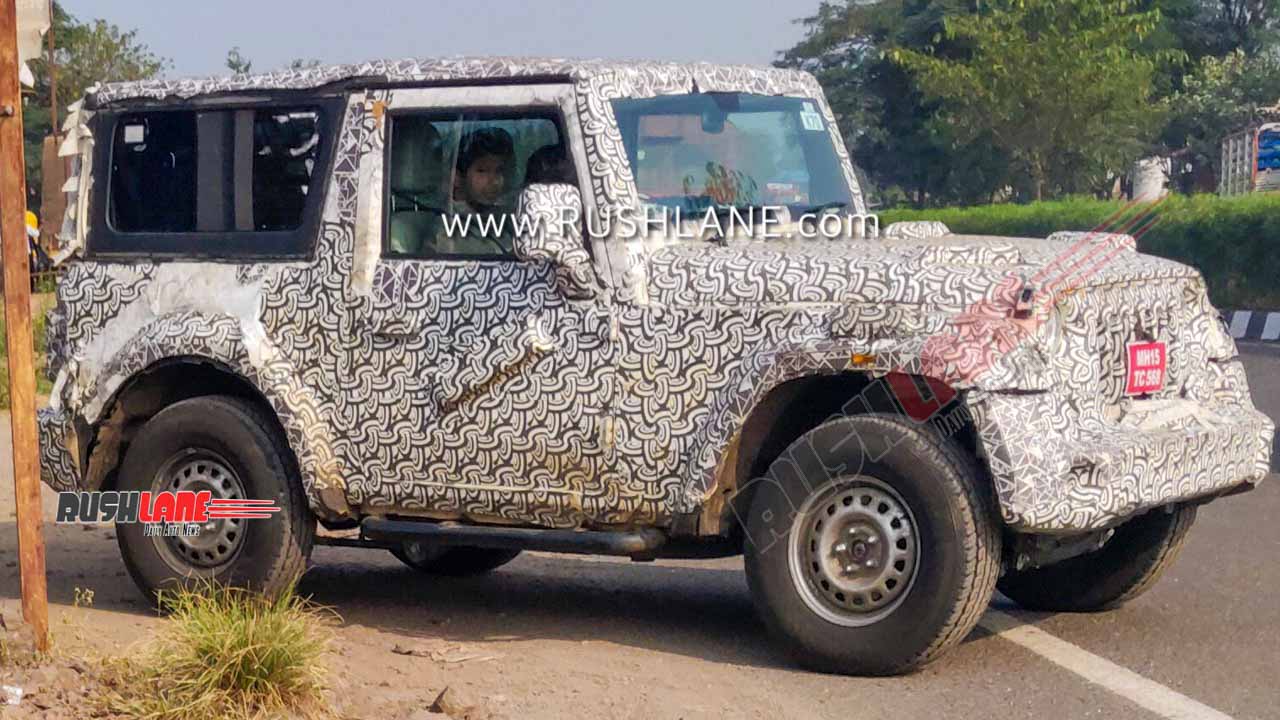 2020 Mahindra Thar has been actively hitting headlines every now and then for the past year or more. Unlike the outgoing Mahindra Thar (which shares a lot of components with the Mahindra Scorpio), the model you see here has been developed entirely from the ground up.

Now, a new set of spy shots reveal the interiors of the 2020 Mahindra Thar up close. Upon first glance, it is evident that the upcoming Thar generation is much more improved in terms of features, comfort and ergonomics. Images are credit to automotive enthusiast Ganesh Pagar.

There is a touchscreen infotainment system (which probably supports both Apple CarPlay and Android Auto) and an all-new steering wheel; behind which is a neatly-laid instrument console with a digital MID (Multi-Information Display). 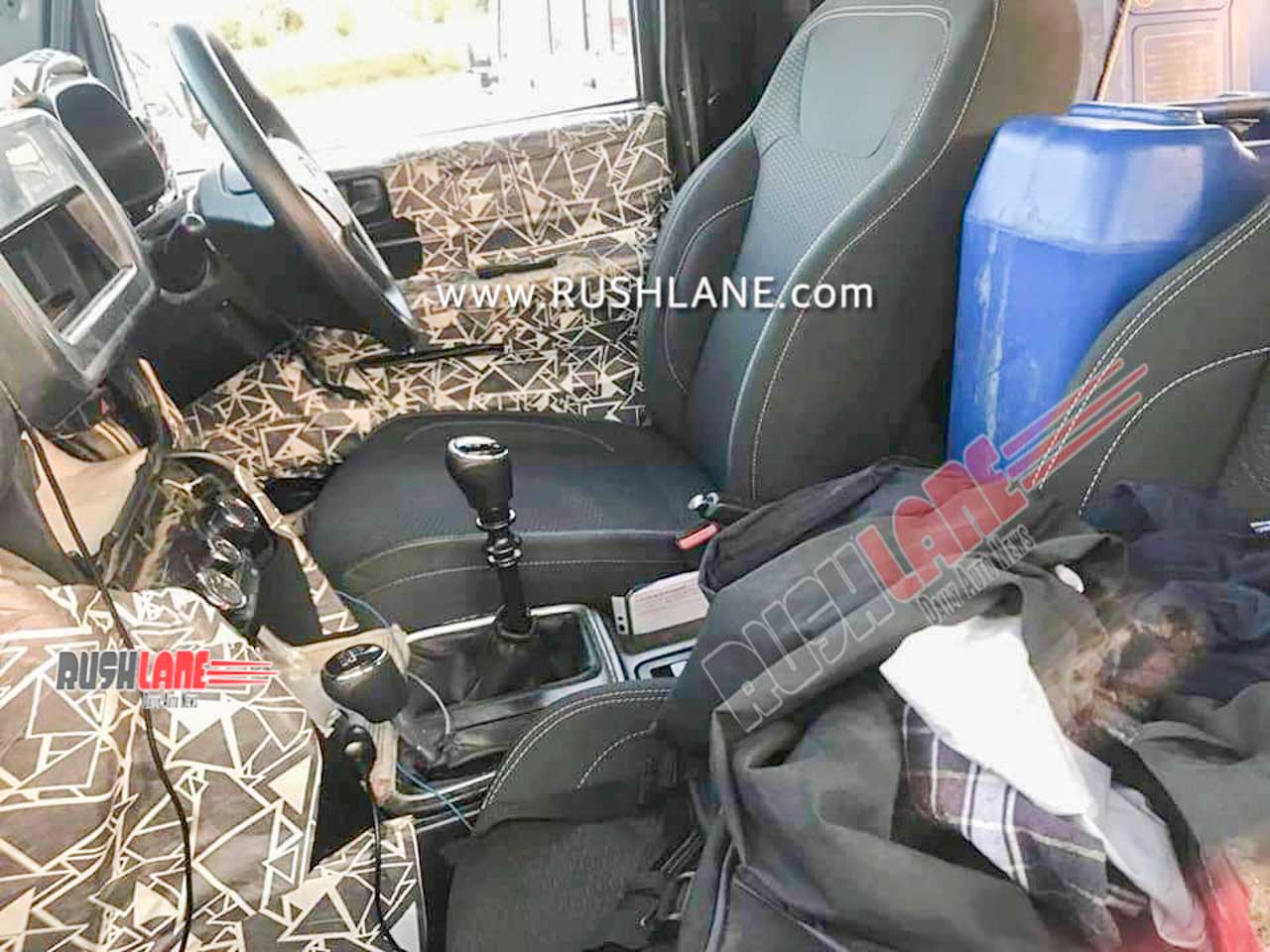 However, the main item which would catch the eyes of an enthusiast is the 4×4 lever. The position and design are different from the 4×4 lever of the outgoing model which gives access to three modes: 2WD (RWD) High, 4WD High and 4WD Low. The power window control panel is placed just behind.

Besides the new equipment additions, the new Mahindra Thar will be much safer as per the latest standards. The addition of conventional front-facing rear seats is also part of improving overall safety.

Reports state that Mahindra will replace the existing 2.5-litre CRDe diesel power plant for a newer 2.0-litre BS6 unit. A petrol variant is also rumoured to be in the works. The outgoing 2.5-litre diesel engine makes 105bhp and 247Nm of torque while mated to a 5-speed manual. The drive is sent to the rear axle or all four wheels via a Borgwarner transfer case.

Mahindra India officials have rarely shared anything about the upcoming Thar, but we are sure it will offer significant improvements in all regards, in comparison to the outgoing model. The company has already initiated its replacement by launching the special-edition Mahindra Thar 700; limited to just 700 units as the name suggests.

The Mahindra Thar has no direct rival on the Indian market except for the Force Gurkha Xtreme. However, Mahindra 4x4s have always been in a league of their own right from the days of the CJ540 and MM540.