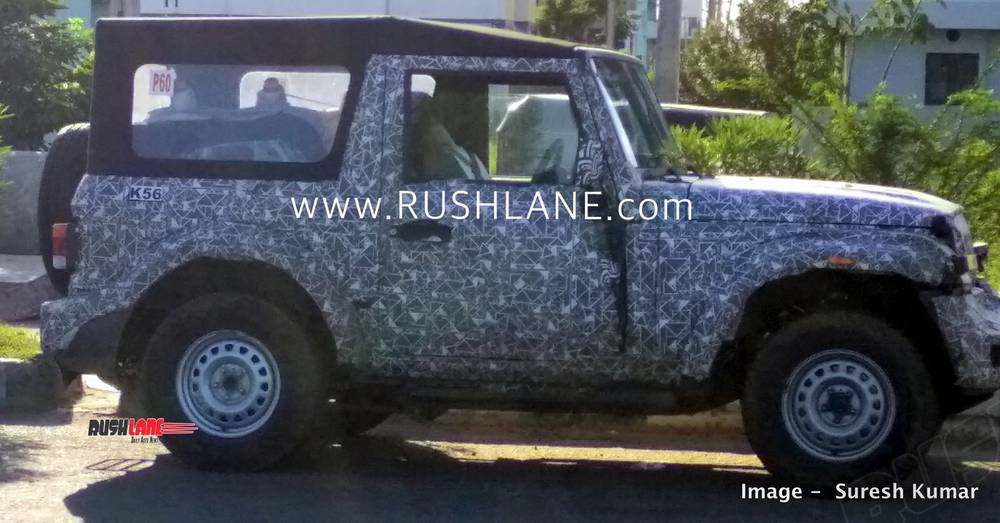 Spy shots of the 2020 Mahindra Thar prototypes pour in as the next generation off-roader continues to test intensively ahead of its debut sometime in early 2020. With roots derived from archaic workhorse, the MM540, the Thar has been soldering along without significant hardware update for almost a decade. Thanks to the changing regulations, the new model will have comprehensive improvements under the skin though the retro-classic design will be preserved.

The latest spyshots (credit to Suresh Kumar) reveal the gear lever area of the center console and as we have been reporting from the beginning, the top-end variant will receive 4×4 system with dedicated low-transfer case. The power window switches reside just behind the gear levers.

So far, Mahindra has managed to keep the new Thar’s dashboard from prying eyes using camouflage wrap but we can say that the design is new. We won’t be surprised to see a significant number of components coming from the TUV300’s part bin. The top-end variant is likely to receive a touchscreen infotainment system and a digital MID on the instrument console. 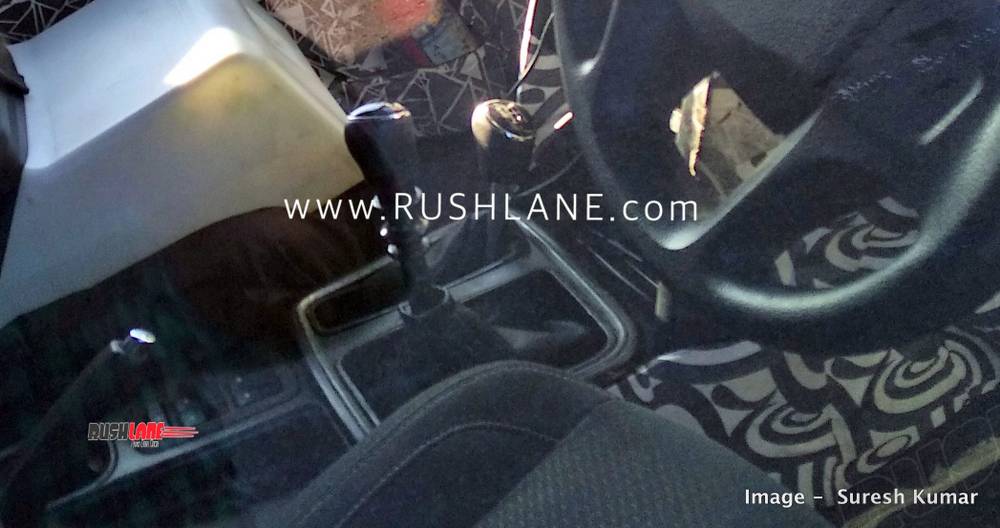 As far as exteriors go, the new Mahindra Thar continues to be instantly recognizable but receives new bonnet, fenders, grille and bumper to have a wider stance. The tarpaulin roof features sportier daylight openings. The production ready vehicle is expected to use LED taillights and foglights.

Given that BNVSAP crash test norms kick in from this month, we expect the next generation Thar to be underpinned by a reinforced version of ladder frame chassis. Also, it goes without saying that the off-roader will be equipped with airbags, ABS, reverse parking sensor, speed alert system and front passenger seat belt reminder as standard equipment.

Mahindra is likely to replace the aging 2.2-liter diesel engine with a new 2.0-liter BS-VI compliant unit which will also serve several other stablemates including the next gen XUV500. On board the new Mahindra Thar, the oil burner is estimated to dish out around 140 hp.

Likely to make its debut at the Auto Expo, the Thar will continue to compete with the Force Gurkha which is also up for a comprehensive upgrade.