The upcoming 2020 Mahindra Thar BS6 is easily one of the most awaited launches in recent Indian automotive history. It could also be the most road-tested prototype in the country.

In fact, the internet has come across several memes stating that the world would receive a COVID-19 vaccine before the second-gen Mahindra Thar. However, Mahindra & Mahindra has ended all such talks by announcing its global premiere. The all-new Mahindra Thar will be unveiled on August 15 (finally!).

Over the months, we have shared multiple spy shots, videos and speculative renders of the new Thar. It sits an all-new platform, unlike the first-gen BS4 model that shared most internals with the current-gen Mahindra Scorpio. This time, the Indian automaker has taken key inputs from its official offroading division, Mahindra Adventure. 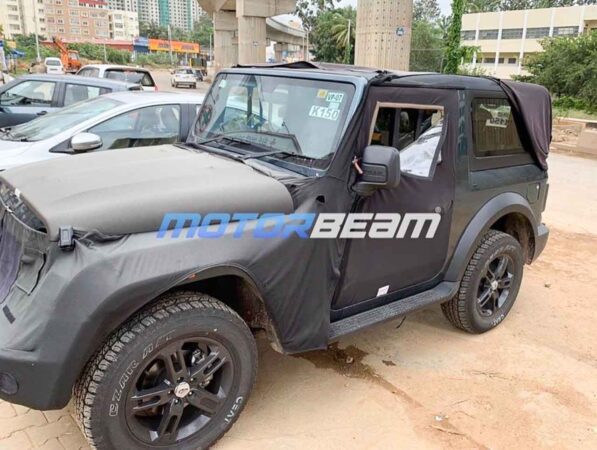 Once launched, the compact offroader will not have any direct rivals except for Force Motors’ Gurkha BS6 (yet to launch; showcased at Auto Expo 2020). Meanwhile, Maruti Suzuki does not see potential in the fun, extra-compact and capable Jimny and supposedly plans to launch an India-specific FWD, 5-door version with added chrome. 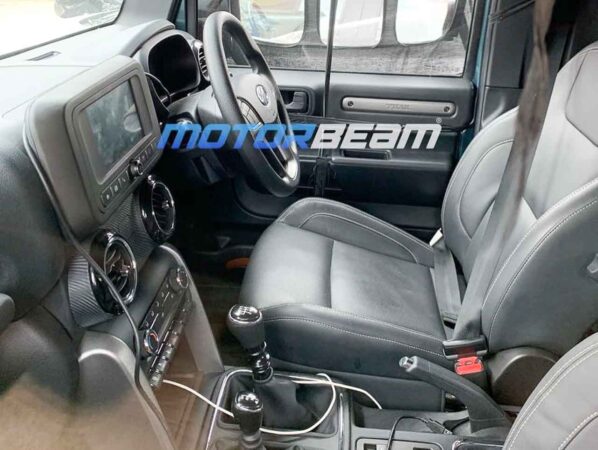 In the interior shot, one can take note of its high-mounted touchscreen, automatic climate control, various switchgear, 4WD lever beside a conventional 6-speed manual lever; power window controls on the centre console, passenger grab-handle and bucket seats that seemingly offer better support. Observe closely and you will also find buttons for traction control and hill descent control, among others, resting beside the steering column.

Multiple sources state that the 2020MY Mahindra Thar BS6 will be offered with two engine options: 2.0-litre mStallion turbo petrol and 2.2-litre mHawk diesel. It is too early to comment on their output figures. Transmission choices include a 6-speed manual and 6-speed TC automatic. From the looks of it, the new Thar is going to be a runaway success.