Second-generation Mahindra Thar was initially made available in three trim levels- AX, AX(O) and LX out of which the base AX trim has been temporarily discontinued

There’s a long list of reasons which make Mahindra Thar the country’s most popular off-roader. Its brilliant off-roading capability, affordability and added reliability from Mahindra make it a very tempting option for adventure junkies. The new generation Thar in a true sense amplifies all the positives and further enhances its reputation in the SUV segment.

One other area where Thar clearly shines is aftermarket modifications. Previous generation Thar was one of the most modified cars in India and its barebones and robust structure supported such modifications very well. The new generation of Thar is a completely different story altogether. 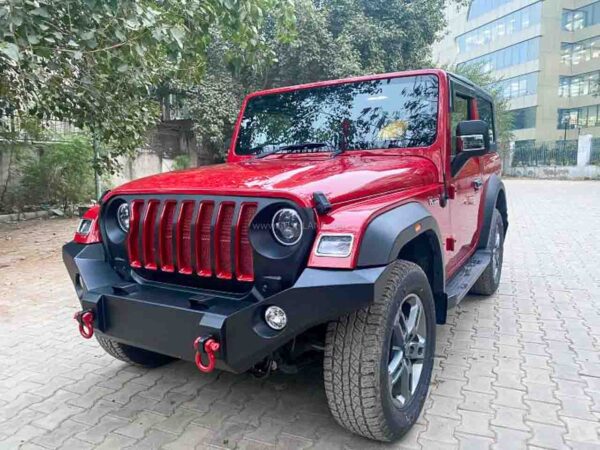 It is far more sophisticated and feature loaded than its predecessor yet is very much a rugged SUV like before. Aftermarket customisation firm Bimbra 4×4 has introduced a new range of aftermarket accessories for new Thar. Images of a modified Thar with the given accessories have been shared by Taran Bimbra, owner of Bimbra 4×4 on a social media platform.

For starters, at front, the stock plastic bumper has been replaced by a fully metallic one. Like the stock one, the new bumper has also been mounted on the chassis and has been installed with metal shackles which could be used to tow or recover any vehicle stuck during off-roading. 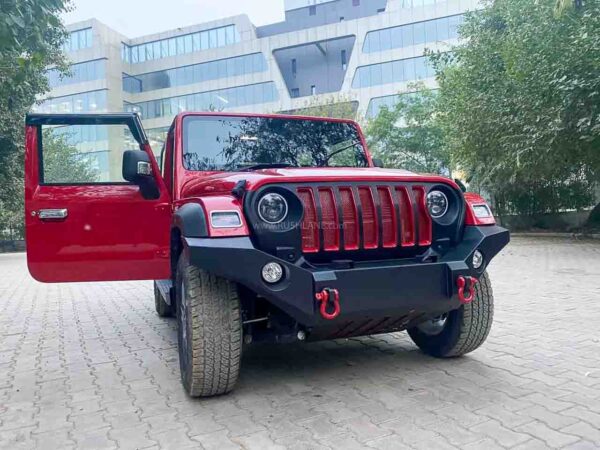 This bumper has also been made compatible with an electric winch which makes it more capable. Bimbra 4×4 has not yet tested it for airbags although it is in process of developing a version of it that will be able to trigger the airbags in case of an impact.

Another significant change is the use of a Jeep Wrangler inspired front grille which has been made out of Fibre-reinforced Plastic (FRP). The grille can be painted in any colour combination as per customer’s choice and it requires no alteration to this new bumper.

A mesh is provided behind the grille to prevent unwanted materials and grille to enter the radiator. It is also helped with the addition of a new metallic skid plate made out of mild steel which is much sturdier. Bimbra is also working on another skid plate that is compatible with the stock bumper. 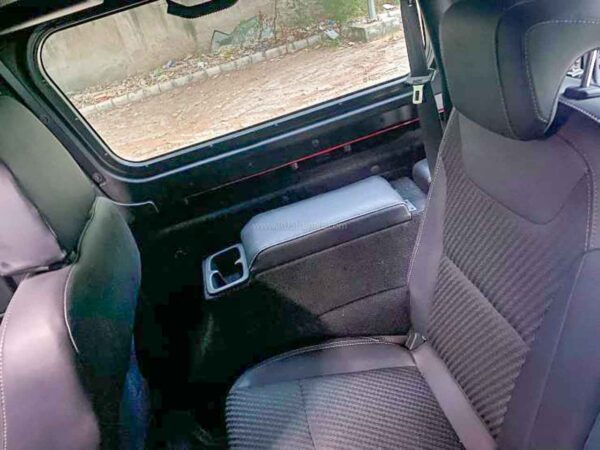 There are a few additions inside the cabin as well. The most notable being a pair armrest for the rear seat passengers. The armrests are mounted on the wheel arches. A lot of these empty spaces have been utilised for cup holders and some storage space. All these additions do not violate any warranty since there is no drilling of holes required to install them. 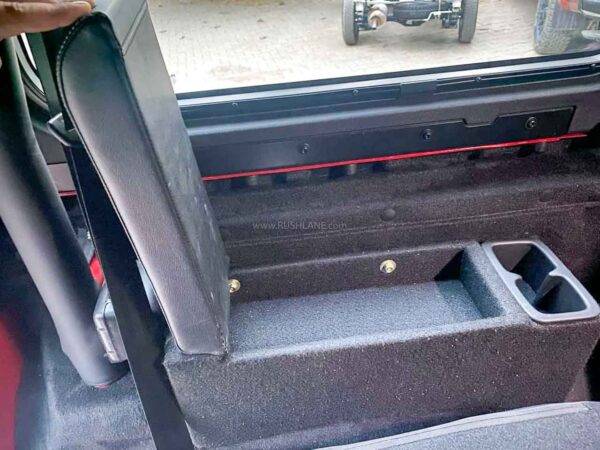