Mahindra has been actively testing the new Thar off-roader. The same has now been spotted parked at a workshop, somewhere in North of India. Spyshots of the next generation Thar shows off increased dimensions. The new Thar is clearly wider than its current version.

2020 Mahindra Thar is built on a new architecture which provides more safety than before. It will ensure that the new Thar complies with upcoming Bharat New Vehicle Safety Assessment Program (BNVSAP). Production version of new Thar will feature styling inputs from Pininfarina. The new Mahindra Thar on test, appears to be a prototype, in early stages of development, with the production model set for sometime in 2020. 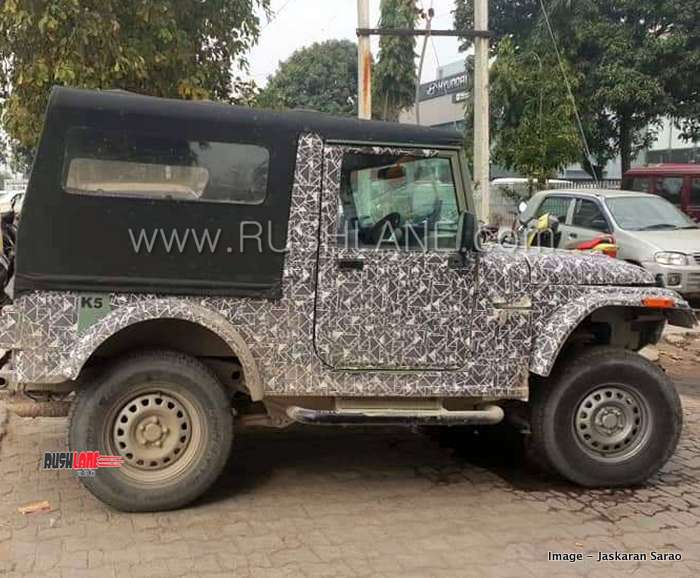 Mahindra Thar gets several exterior updates among which is a 7 slot grille, circular headlamps though the tarpaulin roof has been retained. The body gets wider while suspension gets a coil spring set up in the front and suspension to the rear has also been modified. The new Thar gets on flared wheel arches, with front wheel arches mounted higher than that seen on its current counterpart. Ground clearance also appears to be increased.

Interiors of the new Mahindra Thar could also get some improvements in features, though these were not revealed in the model on test. Its dashboard could sport a new design, seat could get new fabric, etc. There could also be a touchscreen infotainment system on offer. Dual airbags and ABS will be standard safety features. 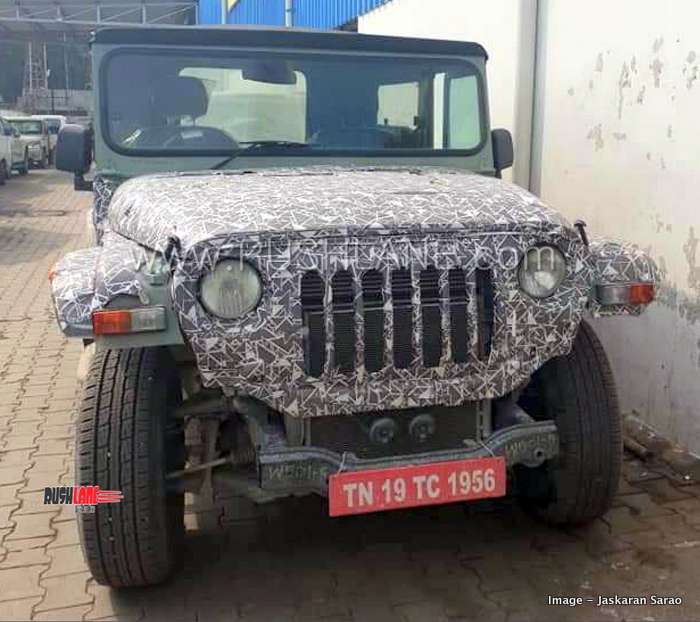 No engine specifications have been detailed as on date, but to comply with new BS VI emission norms coming in force from April 2020, a new diesel engine could be making its way to the new Mahindra Thar. The current Thar is powered by a 2.5 CRDi diesel engine offering 105 bhp power at 3,800 rpm and 274 Nm torque at 1,800-2,000 rpm with a standard 4WD system. There is some talk of the 1.5 liter turbo diesel engine from the Mahindra XUV300 and Marazzo making its way onto the new Thar, but that has yet to be confirmed.

The increased features and updated safety equipment along with a new BS VI compliant engine will also result in price hike of the new Mahindra Thar. It could come in priced from Rs.8 for the base model, going up to Rs.12 lakhs for its top end variant. Once launched, it could take on the upcoming Maruti Jimny in India.