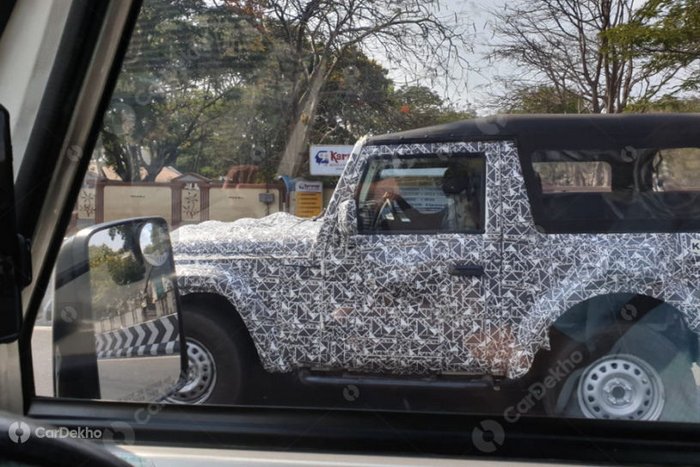 Mahindra Thar, one of the most popular and capable original off-roaders on sale in India, has been on sale for quite some time without any major facelift or update. The last update was in 2015 and it has since remained untouched. The new 2020 Mahindra Thar spied is being readied to comply with both upcoming crash test and emission norms, and is slated to make its official debut either later this year or at 2020 Auto Expo. BSVI norms will be mandated in India in 2020.

The model on test sported heavy camouflage but a change in dimensions with flared fender arches, new fiber panels on the sides and chunky bumpers could be a part of its exterior updates.

Reports also suggest that the new Thar will get a new shoulder line, which will be lower as compared to that seen on its present generation model. It will also get larger windows for better visibility, redesigned grille and headlamps and a new door design with updated handles positioned lower for better ergonomics can also be among the feature updates. The new Mahindra Thar sports no change at its rear and continues to sport vertically stacked tail lamps and tail gate mounted spare wheel as is seen on its current counterpart. 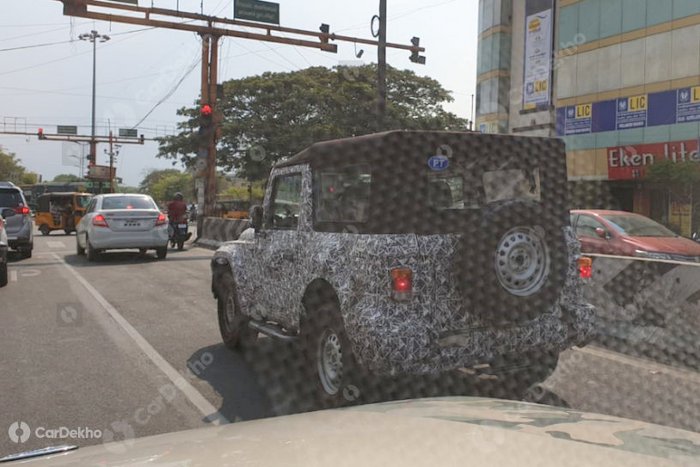 Current Mahindra Thar is positioned on a ladder on frame chassis which will be updated so as to comply with new safety norms coming into effect from October 2019 while the engine will also be downsized so as to adhere to new BS VI emission norms. Interiors will not see much change but the 2020 Thar could come in with an updated safety feature list which will include driver and passenger side airbags, ABS, EBD, rear parking sensors, front seat belt reminders and speed alert system which will need to be be offered as standard.

As on date, the Mahindra Thar is powered exclusively by diesel engines. The 2.6 litre diesel engine offers 63 bhp power and 193 Nm torque while the 2.5 litre unit is capable of 105 bhp power and 247 Nm torque. The 2020 Mahindra Thar could get a single 2.0 liter BSVI engine which could produce upto 140 PS power and mated to a 6 speed manual transmission as compared to the current engine lineup that gets mated to a 5 speed manual transmission.

The new Thar could also be priced higher than the current model which is priced between Rs.6.72 lakhs to Rs 9.49 lakhs and could go up to Rs.7-10 lakhs considering its several updates.