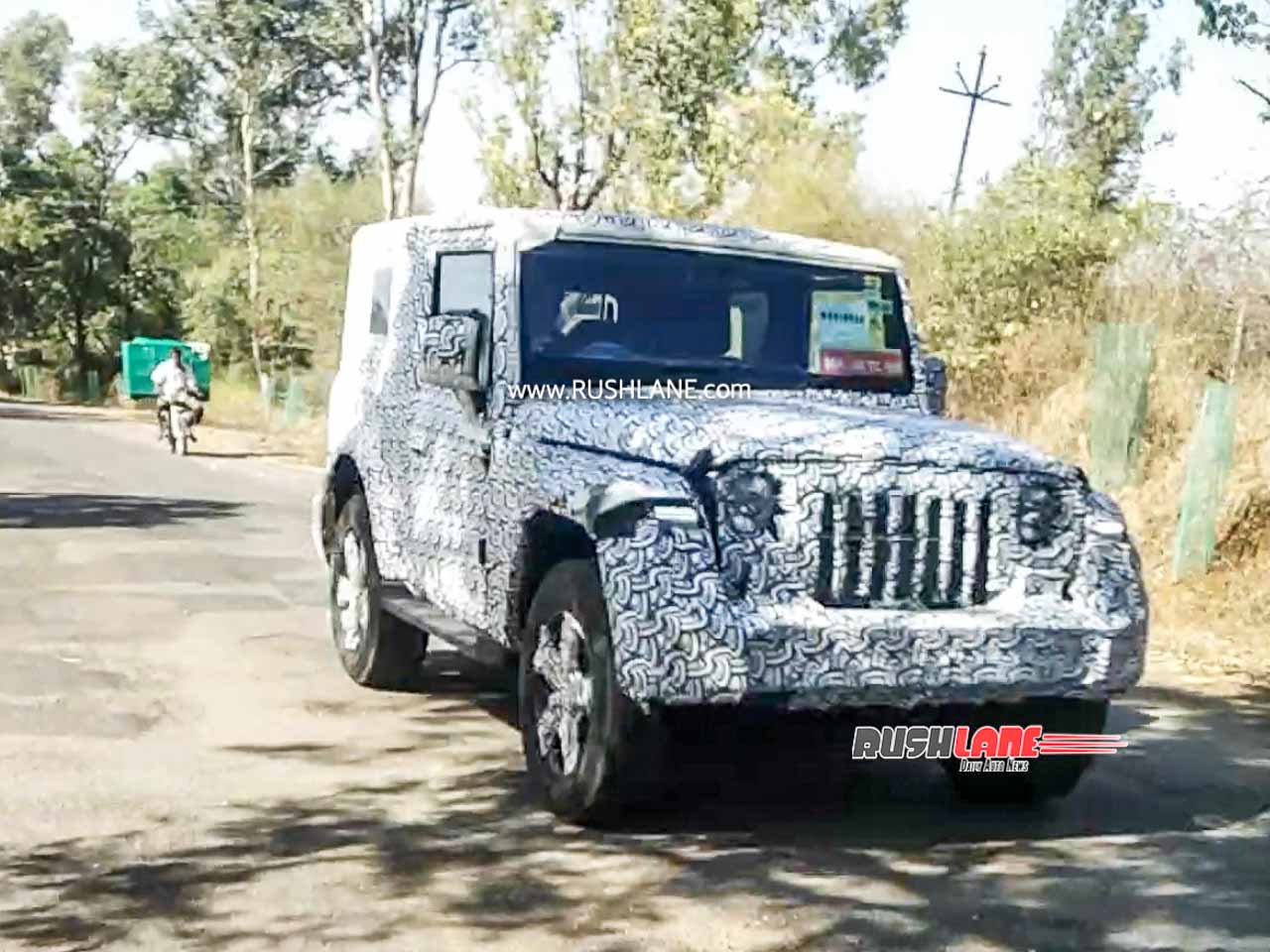 Mahindra’s next-gen Thar has been in development for quite a few years. In fact, it could be the product that has undergone the longest-running road test phase in recent Indian automotive history. Spy shots of 2020MY Mahindra Thar prototypes have been hitting the internet for almost three years.

The ongoing COVID-19 crises had brought most automakers to a standstill as their manufacturing facilities were directed to close in order to ‘flatten the curve’. This also meant that road tests had to be temporarily discontinued as well.

However, as India enters its third phase of COVID-19 lockdown, state governments are gradually allowing factories to function in controlled environments and limited shifts without breaking social distancing protocols.

Automotive enthusiast Ganesh has shared a video showing two Mahindra Thar test mules (in their hard-top avatars) running on public roads near the brand’s manufacturing facility in Nashik, Maharashtra. Mahindra & Mahindra has not shared an official statement regarding the resumption of its plant operations but this video gives us some insight into the matter.

Over the months, we have shared multiple spy shots of the upcoming BS6-compliant next-gen Mahindra Thar. At least from the last set of images, Mahindra’s popular off-roader seems production-ready albeit heavily camouflaged.

It is hard to neglect its similarity to the Jeep Wrangler in terms of overall proportions and styling. Once launched, the BS6 Force Gurkha will be its only direct rival unless Maruti Suzuki introduces the Jimny.

As many claim, the 2020 Mahindra Thar is expected to be a “killer product” since it is almost entirely different from its predecessor. For starters, the new-gen Thar is based on an all-new platform, unlike the previous model which shares most of its components with the Mahindra Scorpio. Furthermore, the engineers have taken key inputs from the brand’s off-roading department (Mahindra Adventure) from the very beginning.

Mahindra reportedly plans to introduce the new Thar in both petrol and diesel formats. Rumours suggest that its petrol variant will sport the 2.0-litre TGDi mStallion turbo motor that made its debut at Auto Expo 2020.

At the venue, it was rated at 187bhp and 380Nm (very unlikely for the Thar). The diesel motor could be a 2.0-litre unit making close to 140bhp and 300Nm. We can even expect an automatic transmission. A lot of speculations regarding the power plants are doing rounds online and it is best to wait until Mahindra has something to share.