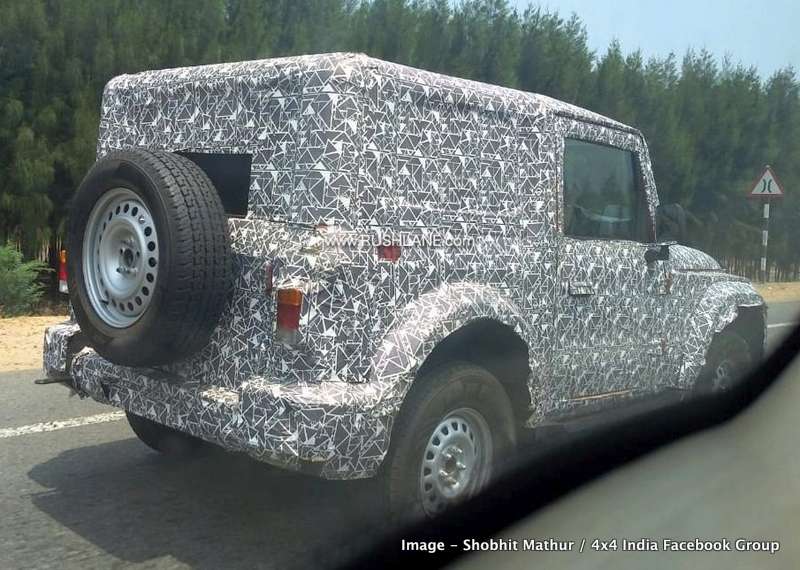 Spied up close while on test, the new 2020 Mahindra Thar promises to come in with a more contemporary design though retaining its original character. Based on an all new platform, the 2020 Mahindra Thar will fully comply with upcoming Bharat New Vehicle Safety Assessment Program (BNVSAP) crash test and safety norms. It will get multiple airbags, ABS, disc brakes and an all new BS6 compliant engine.

The latest spy shots from Shobhit Mathur of 4×4 India Facebook Group, were clicked when the SUV was on test near Pondicherry. As per Shobhit, there were total of three test mules of new Thar which were on test run at that time. Two of them can be differentiated in the set of photos posted. One is wearing a spare wheel on the tailgate, while the other has BS6 emission testing equipment at the rear.

2020 Mahindra Thar test mule which is wearing the emission testing equipment, looks a lot smaller in size than the Thar which has a sparewheel mounted at its rear. This confirms that new gen Mahindra Thar will not only be available in multiple sizes, but also multiple formats of seating as well as roof.

2020 Mahindra Thar looks notably bigger than its current model. This platform, in comparison to the one on which the current Thar is based offers 10 percent less wheel articulation. Its test mule was spotted with coil spring front suspension while front fender and hoot was higher. In terms of design, the new Thar retains its modern stance but sees some change in dimensions. The redesigned model gets dual front airbags, ABS and rear parking sensors along with speed warning system.

Interiors too have been completely changed. For the first time, interiors of Mahindra Thar will sport a touchscreen infotainment system with GPS navigation and smartphone integration on its dashboard. It will also have a digital display on the instrument panel, steering mounted controls, etc. Rear AC vents can be expected in the larger variants of Thar.

While the current Mahindra Thar is powered by two 2.5 liter diesel engines M2DICR offering 105 bhp power and 247 Nm torque and NEF TCI CRDe producing 63 bhp power and 195 Nm torque, the next generation Thar could come in with a new 2.0 liter m-Hawk diesel engine. This engine will be the new go-to engine of Mahindra and their new gen cars. From Thar to Scorpio to XUV500. All new Mahindra cars will be powered by this new diesel BS6 engine. 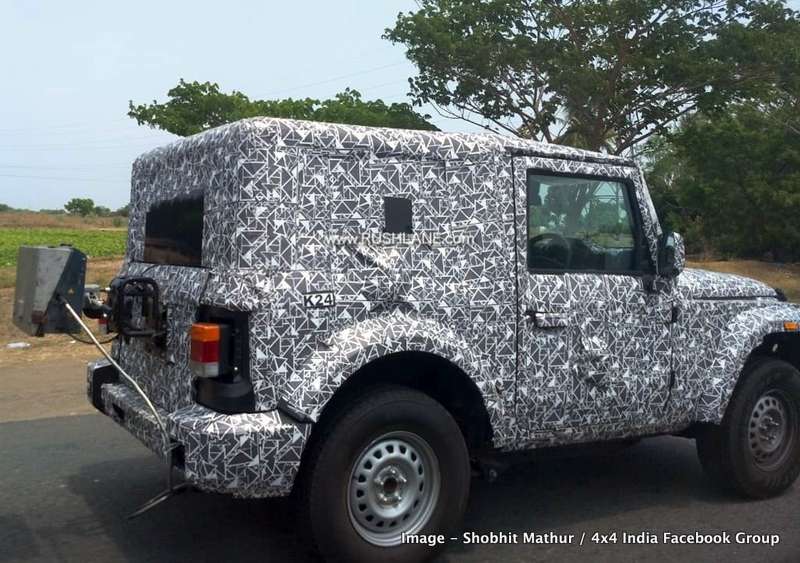 Ofcourse it will be offered in different states of tunes. For the Thar, it is expected to offer power in the range of 130 hp, while for the Scorpio it will offer about 160 hp and for XUV500, it will deliver 180 hp. Transmission options on offer with this engine will include manual as well as automatic gearbox.

2020 Mahindra Thar will be offered with 4WD as well as 2WD system. It is expected to make debut at the 2020 Auto Expo, while launch is expected later in 2020. Expect this new Thar to be priced between Rs 8 lakhs to Rs 14 lakhs.