Mahindra will be bringing the second generation XUV500 and third generation Scorpio only in 2021. This was against the initial speculation which had suggested that these products will be launched sometime in 2020. The development means that the only major launch from Mahindra this year will be the 2020 Thar.

Till now, multiple spyshots and videos of the second generation Thar have surfaced on the internet. Even near-production ready test mules have been spotted on many occasions. Detailed videos have also given us an insight as in what all should we expect from the interiors of the 2020 Thar. While we all know that with second gen Thar, Mahindra is focusing on creature comfort features, it is for the first time that a set of spyshots have confirmed the presence of a sunroof.

Shared by automotive enthusiast, Mr. Suraj Suprabhan, spyshots showcase that the next gen Thar will be equipped with a sunroof. Going by the trend, it will most probably be restricted to the top-end trims of the SUV.

Talking about the Thar, it has been one of the most iconic off-roaders in the country. The current generation Thar is known for its offroading capabilities but it certainly does miss out on creature comfort features. Quality of materials used on the inside isn’t the best and even the overall build quality doesn’t feel great. However, Mahindra seems to understand these shortcomings and will be addressing these in the next generation model. Even certain ergonomic challenges with the current Thar are expected to be rectified in the upcoming model. 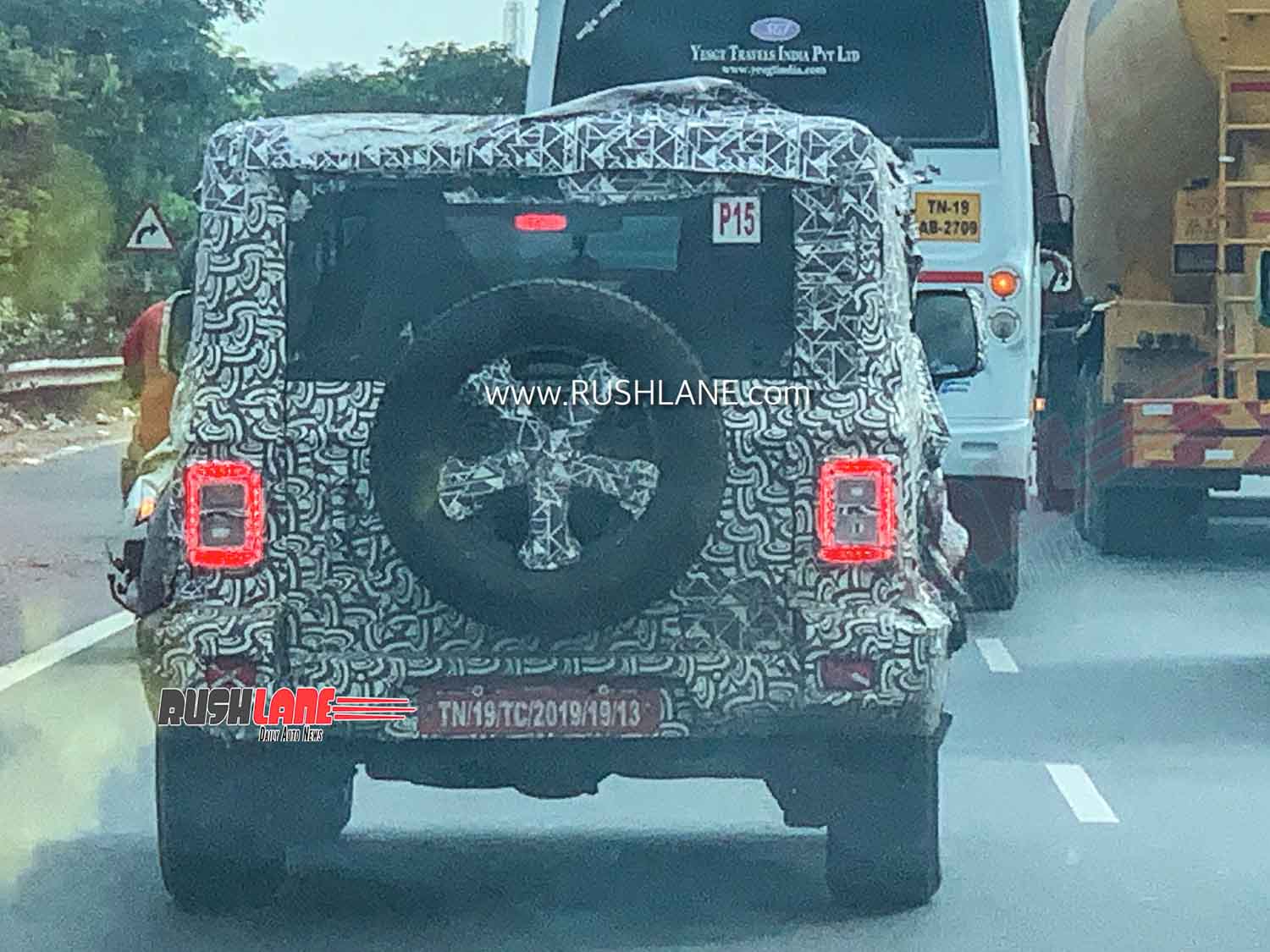 The 2020 Thar is based upon an all new platform which will be complying with all the upcoming test norms. The SUV will be powered by a new BS6 emission norms compliant 2 litre diesel motor which will also feature on the upcoming XUV500 and Scorpio later. This engine will be capable to dish out around 140hp, making the Thar way more powerful than the current version.

Additionally, Mahindra will also introduce a petrol engine option on the Thar. The petrol motor will be part of its new mStallion line-up and we expect the 1.5 litre 4 cylinder petrol motor to feature on the 2020 Thar. A full time 4×4 system, low ratio transfer case and a lockable differential will further help the Thar to tread all kinds of surfaces. Thar will face limited competition in its category which will majorly come from the 2020 Force Gurkha.