Scheduled for its global debut on August 15, 2020 Mahindra Thar is a completely new product in comparison to its predecessor. Although it continues to retain the core silhouette of the original model, the similarities largely end there. Second generation Thar comes with a range of upgrades including design enhancements, added features, new engine options and new chassis.

Next-gen Mahindra Thar appears larger as compared to the outgoing model. It is also expected to offer higher ground clearance. Some of the key features include LED headlamps and LED DRLs, wider fenders, and 5-spoke alloy wheels. Talking about interiors, new Thar comes with a host of creature comforts that one would normally find in a standard passenger vehicle. The earlier model had lacked these features, as it was primarily targeted at off-road users.

With the new Thar, Mahindra appears to have changed its strategy in terms of its target audience. With new features such as touchscreen infotainment system, forward facing rear seats, steering mounted controls, bucket seats, passenger grab handle, and automatic climate control, new Thar is being positioned as a complete family SUV. The primary audience will still be off-road enthusiasts, but the upgrades allow new Thar to emerge as a viable family car. Below is the spy video, credit to The Spy Autonews.

It is expected that new Thar will have both petrol and diesel engine options. The petrol variant could utilize a 2.0-litre mStallion turbo unit whereas the diesel unit could be the 2.2-litre mHawk engine. Transmission options will include both manual and automatic. Top-spec variants will be equipped with 4×4 system. Although power and torque output has not been revealed, it is expected to be on the higher side as compared to that of BS4 model.

Next-gen Thar utilizes a new ladder frame chassis, which has been designed in accordance with the updated crash test norms. The earlier BS4 model came with a tweaked version of Scorpio’s platform. The chassis upgrade will help achieve improved torsional rigidity and better approach and departure angles. These factors will result in significant improvements in Thar’s off-roading capabilities. The experience of driving Thar on city streets and highways will also be a lot smoother and vibration-free. 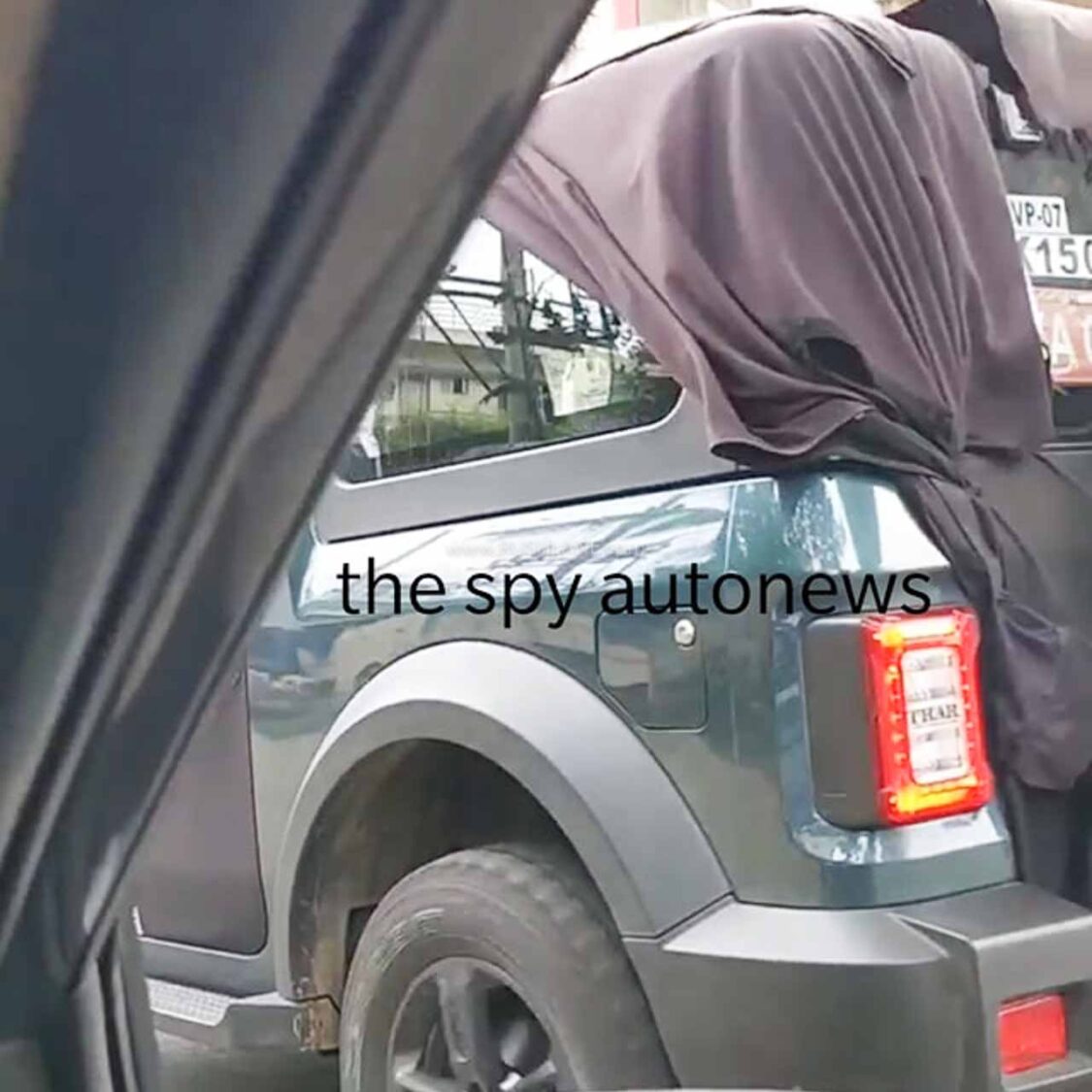 With the upgrades and BS6 engine options, new Thar is expected to be priced much higher than the BS4 model. It will go up against the upcoming Force Motors’ Gurkha BS6. Maruti Jimny could have been a formidable rival, but its India launch plans are still not certain.