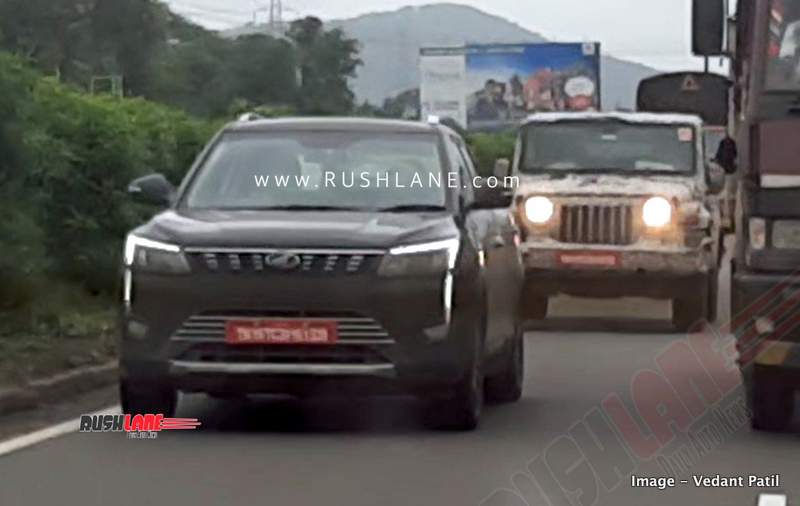 Mahindra has been testing its next generation Thar for some considerable time and latest spyshots from across the country showcase the 2020 Thar in almost production-ready guise. Test mules of the next gen Thar were recently captured by automotive enthusiasts, Vedant Patil on the Mumbai Pune expressway. Along with the Thar, XUV300 BS6 as well as Bolero BS6 were also on test.

Testing of the product with production-ready parts in various parts of the country translates into the fact that the company is in its last leg of product development. The next generation Thar is expected to make its public debut in Q1 2020, most probably at the 2020 Auto Expo which will take place in Delhi-NCR. Launch of the off-roader is expected to follow soon.

From the spyshots, the Thar looks wider and taller than the version which is currently on sale. It also mimics the Jeep Wrangler to some extent. On the inside, customers will be greeted by all new interiors, including a new dashboard and (most probably) a new seating arrangement too! Steering wheel is expected to be borrowed from the TUV300 while the dash will now house a new touchscreen infotainment unit as well. 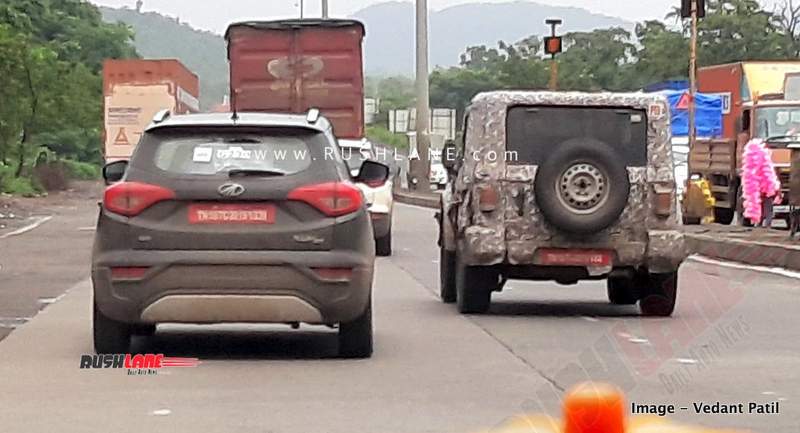 Talking about the Thar, since its launch in 2010, it has developed its own cult following, thanks to its impressive off-roading capabilities. It has also has evolved as a hot favorite for modifications and customization lovers. Overall upgrades from Mahindra in the last decade include a facelift in 2015 (which came along with some mechanical changes) and launch of some limited-edition variants.

The next generation Thar will be based upon an all new platform which it will share with the next gen Scorpio. It will also be sharing its new BS-VI emission norms compliant 2 litre 4-cylinder turbocharged engine with the 2020 XUV500 and Scorpio.

Speculations also suggest that Mahindra will continue to offer a 2.5 litre engine on lower trims of the Thar (which too will be upgraded to meet BS 6 emission norms). The higher-end trims will get the new 2 litre diesel motor.

As far as safety and other mechanical parts are concerned, it is expected that the Thar will have ABS and two airbags (minimum). On the off-roading front, it will continue to have a RWD setup and will come along with an option to turn into a 4×4 (will have low and high gear ratios).

Post launch, the Thar will face limited competition, primarily from the 2020 Force Gurkha, which has also been spied on test. Pricing is expected to go up, primarily due to a BS-VI engine upgrade and addition of new creature comfort features. Top-end trims of the Thar should be priced around the INR 12 lakh mark (ex-showroom).