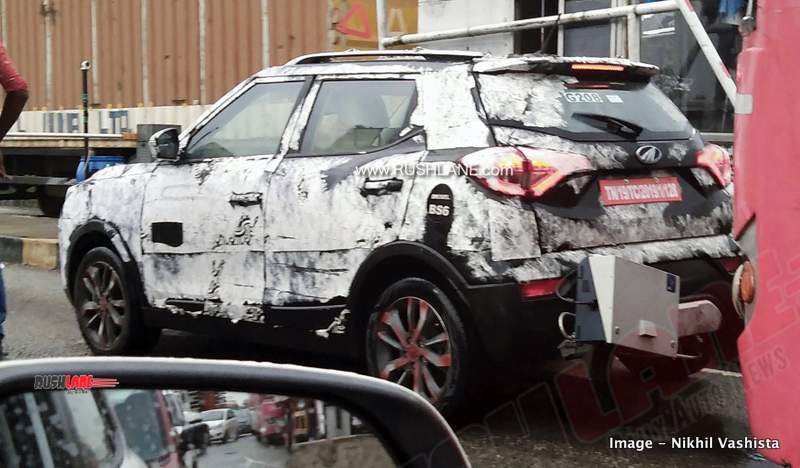 Mahindra’s latest offering, the XUV300 has had a decent start since its launch. The sub 4-metre SUV has continuously managed average monthly sales of around 4K units, except in August 2019. The SUV is currently offered with BS4 compliant petrol and diesel motors. However, due to the upcoming BS6 emission norms deadline, Mahindra needs to upgrade the current engines.

Latest spyshots captured by automotive enthusiast Nikhil Vashista showcase a mildly camouflaged XUV300 test mule. From the spyshots it is evident that the car was covered in camouflage in the past however the wrap has mostly been removed, though there are still some traces of the same.

Other detail which can be noticed is that the ride height of the 2020 Mahindra XUV300 BS6 looks higher than that of stock XUV300. Currently, the XUV300 comes with 2 wheel sizes, 16 inch steel rims for the lower variants and 17 inch alloys on W8 & W8(O) trims. There is no other noticeable change which can be seen on the test mule. 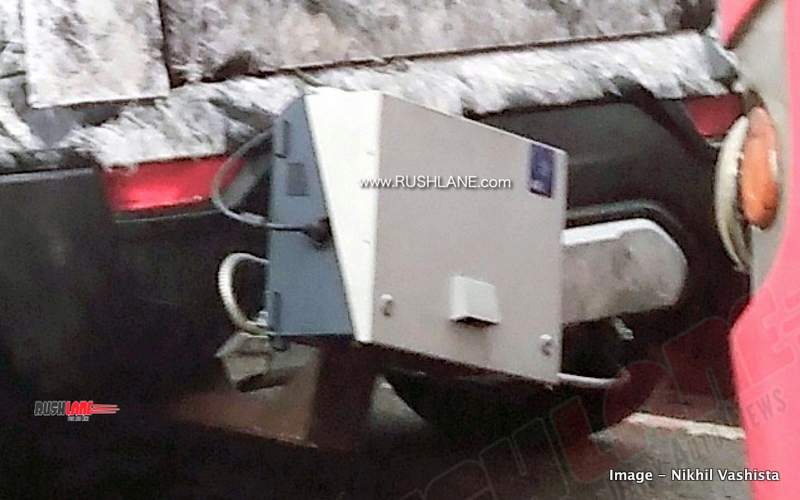 Talking about the sub 4 metre SUV segment, it has seen a lot of excitement in the recent past. The erst-while champion, Maruti Suzuki Vitara Brezza has been dethroned by Hyundai Venue which was launched earlier this year. Tata Nexon and Ford EcoSport continue to provide healthy competition to other models.

Since last few months, Mahindra’s XUV300 was consistently commanding the third position in the sales charts, behind the Venue and Vitara Brezza. However, it did slide to the fourth spot for the first time in August 2019.

XUV300’s launch has helped Mahindra to restrict its sales degrowth as the additional numbers from XUV300 have helped to compensate for the drastic drop in other models like Scorpio, Bolero and XUV500.

As far as upcoming models from Mahindra are concerned, 2020 shall be an exciting one. Mahindra will be launching new generation variants of 3 of its star models, namely the Scorpio, XUV500 and Thar.

Spyshots of 2020 Thar and Scorpio have already surfaced on the internet multiple times, however the 2020 XUV500 is yet to be seen on the roads. It will be interesting to see how these models perform as the competition in the segment has intensified significantly with the launch of models like Hector, Harrier & Seltos.