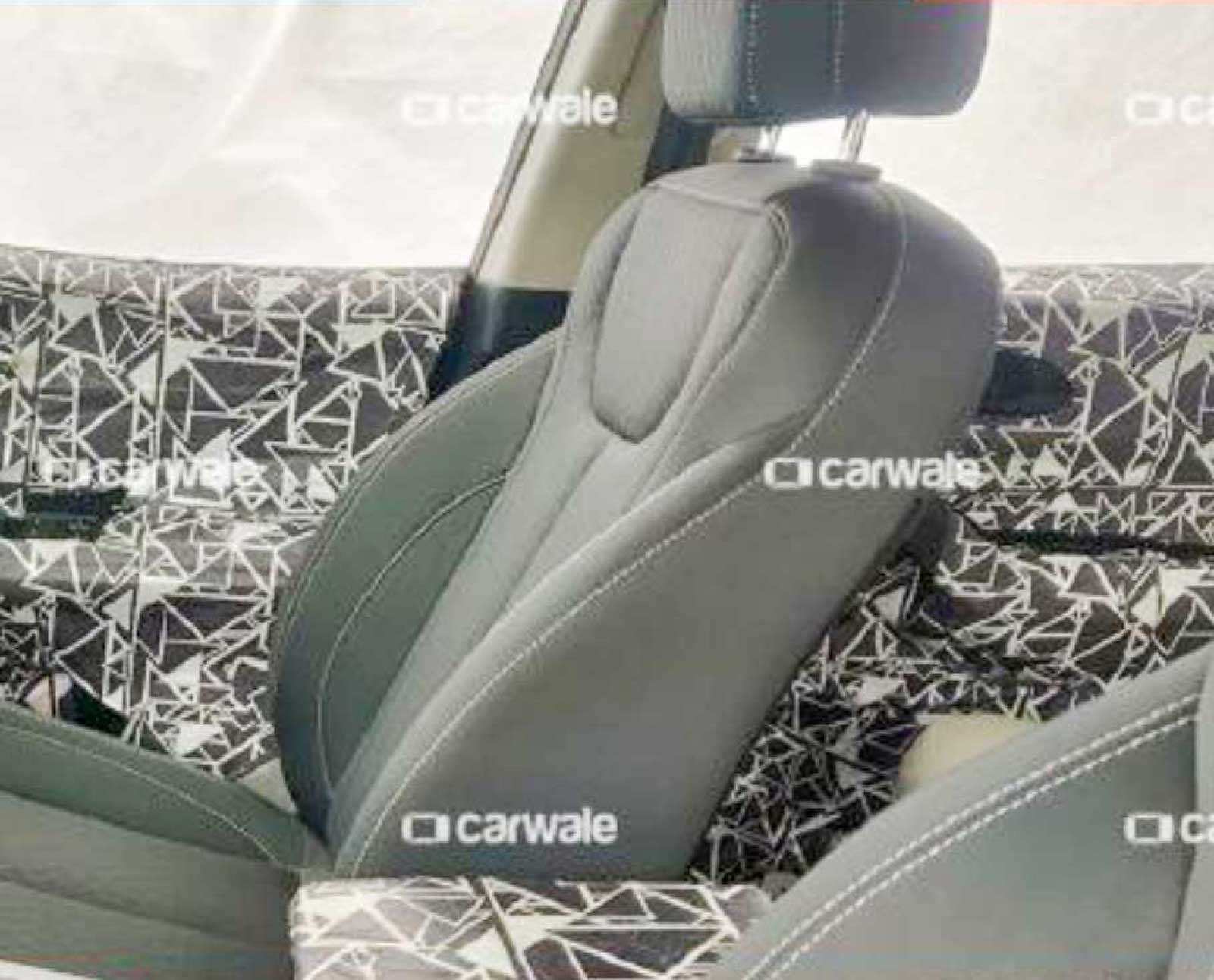 The 2020 Mahindra XUV500 has been out testing for quite sometime now. So far, the spy pictures managed to cover only the exterior angles of the pre-production prototypes but the latest set of images gives us a sneak peak of the interior.

While the dashboard too is fully camouflaged to keep the finer details away from prying eyes, we can confirm that the design theme and layout are completely different from the existing model. The dashboard is made of flatter surfaces and a huge touchscreen infotainment system (hidden) takes the pride of place on the center console.

The premium crossover also sports new instrument console and a flat-bottomed steering wheel. We also expect the seats and overall ergonomics to be considerably different compared to its predecessor.

Underpinned by a new platform that will also be shared with Ford, the second generation XUV500 appears to be longer than the current car. Space on offer, especially for the third row occupants would be significantly improved. We can also expect Mahindra to throw in a lot of new creature comforts in a bid to keep the competition at bay.

Coming to the exteriors, the front fascia still continues to be devoid of production ready panels but it is apparent that the 2020 XUV500 will feature a sleeker snout and a grille with vertical slats. The final version is mostly likely to sport full LED lighting.

In profile, the new model hardy has anything in common with the outgoing version. Closer observation reveals flugh-fitting door handles (likely to be offered only on higher variants). The rear end too will adopt fresh styling.

The 2020 Mahindra XUV500 will be featuring an all-new powertrain lineup. Reports suggest that the existing 2.2-liter diesel engine will make way for a cleaner BS-6 compliant 2.0-liter unit with power output in the ballpark of 180 hp. A 2.0-liter turbo petrol is also expected to be in the mix. Transmission options are expected to include 6-speed manual and automatic units. AWD would be on offer as well.