The 2020 Maruti Suzuki Brezza BS6 which made its debut at the recently concluded Auto Expo has started arriving at dealership stockyards ahead of its launch.

UPDATE – 2020 Maruti Brezza launched. Price list here. The updated compact crossover ditches its old diesel engine in favour a petrol motor with mild-hybrid technology. Order books have been open since the day of debut. In addition to the engine update, the Maruti Suzuki Brezza facelift receives updated headlamps, revised grille, new bumpers at either end and tweaked taillights. The interior has been carried forward without any noticeable change. 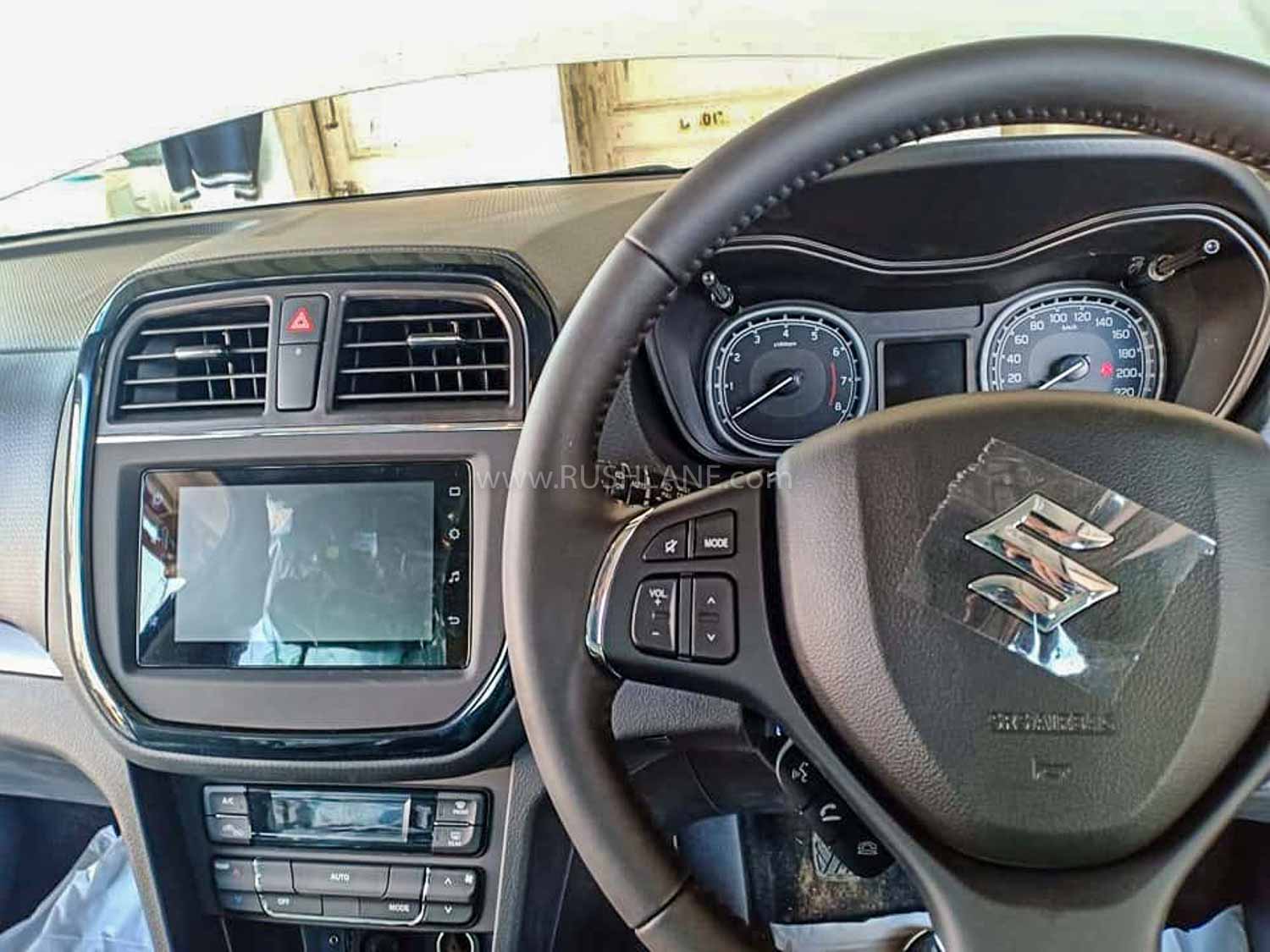 Maruti has decided to let go of diesel engine altogether in the BS6 era. The ageing 1.3-liter DDiS diesel engine which is derived from FCA will hang up its boots by April 1, 2020. The refreshed compact SUV gets the 1.5-liter K15B petrol motor which also caters to the Ciaz, Ertiga and S-Cross. The BS6 motor will benefit from SHVS, Maruti’s lingo for mild-hybrid system. The engine will be supported by an Integrated Starter Generator (ISG) and a dedicated battery pack. The net result is torque assistance and improved fuel economy.

The petrol motor develops 104 hp and 138 Nm of torque. The 2020 Vitara Brezza will be available with a standard 5-speed manual transmission and an optional 4-speed automatic unit. Only the manual variants are expected to be supported by the mild-hybrid system.

Maruti recently introduced the BS6-compliant CNG version of this engine on-board the Ertiga to compensate for the lack of diesel motor. It remains to be seen if this fuel-option will eventually be made available for the Brezza or not.

The 2020 Maruti Vitara Brezza BS6 is expected to be launched on 24th of February. The company estimates a waiting period of 6-8 weeks. The pricing could actually be lower than the BS4 diesel version but we will know for sure next week.