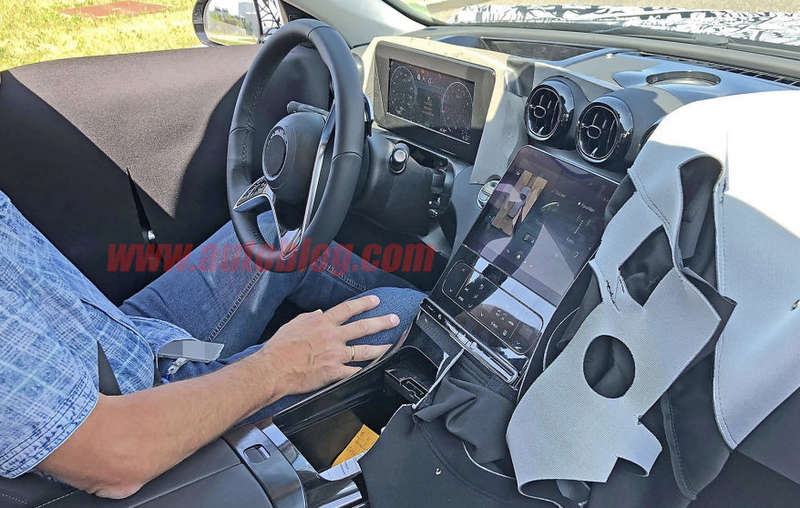 Even five years down the line, the current generation Mercedes-Benz C-Class manages to look fresh but the competition has stepped the game up. Both Audi A4 and BMW 3 Series are much newer and adopt modern features, giving Mercedes a clear objective to achieve with its next generation C-Class.

The new C-Class has already started testing in Europe and a few spy shots have emerged already. The latest set gives us a close view of the prototype’s interior. while the panels and appointments are far from being production ready, we can clearly see that the layout will have a significant reshuffle.

The immediately noticeable change comes in the form of a larger touchscreen infotainment display which sits lower on the center console compared to the existing model. This is similar to the dashboard of the new 2020 S Class, which was spied earlier. The touchscreen is huge, bigger than any offered by Mercedes today. Current set of Tesla cars could be the inspiration. 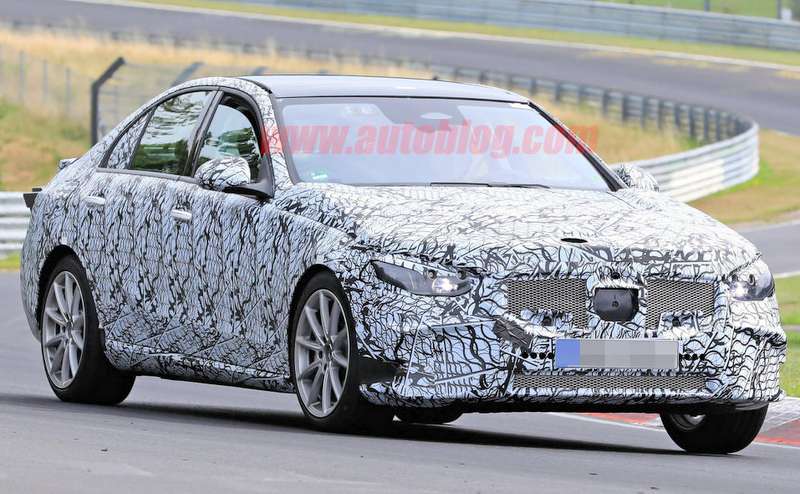 To be underpinned by the MRA2 modular architecture, the next gen Mercedes-Benz C-Class is reported to be a tad larger than the outgoing model and this would translate into better interior space. The luxury sedan will be packed up to its gills with technology including state-of-the-art MBUX infotainment system (with Hey Mercedes voice assistant), a complete suite of ADAS features, multiple safety systems and so on.

We expect the new Mercedes C-Class to retain several of its existing four- and six-cylinder engine options (with better emission performance) in addition to having a few new hybrid solutions. We won’t be surprised if Mercedes comes up with a pure electric variant under the EQ brand in the future.

In terms of exterior styling, the camouflage test mules indicate that the profile remains more or less the same but the front and rear fascias will get bolder. The design may not be drastically different but the upcoming version will be vastly improved in every department.

The 2020 Mercedes C-Class is expected to make its world premiere sometime next year. Traditionally, every new generation Mercedes product redefines segment benchmark and we expect the new C to do exactly the same.