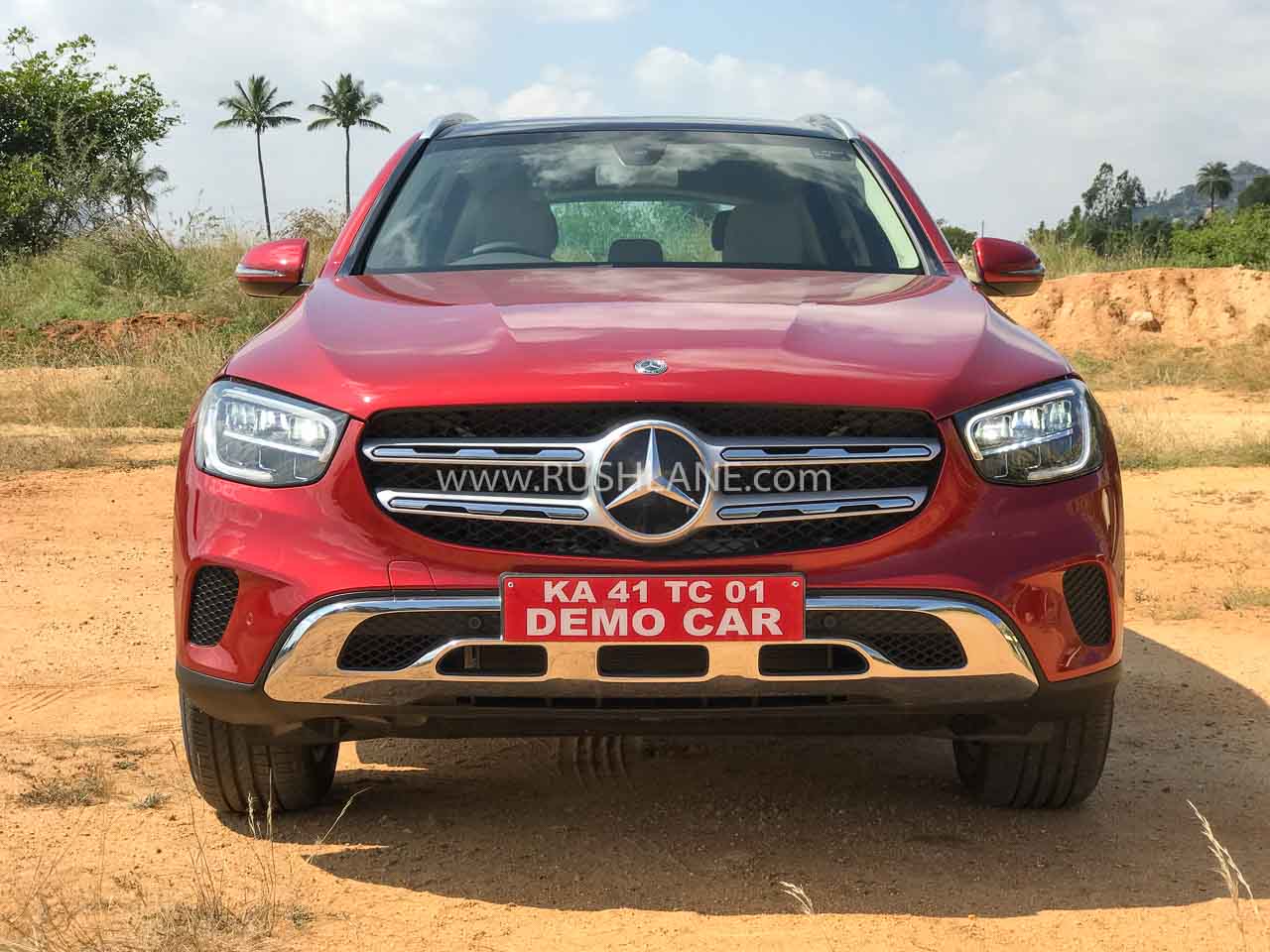 Much like its origin story, being the later one to arrive, in 2016, when Mercedes loyalists were sincerely waiting for a mid-size Crossover as they didn’t want to cross the lane to walk into a BMW or Audi showroom for X3 or Q5 respectively, not only did Mercedes answer the fans’ prayers with the GLC, but boy did they smite them down! The luxury city SUV was not just a competition to the German counterparts, it set the benchmark for a host of factors.

Talk about deja-vu all over again, despite the 2020 GLC being the later one to arrive with an update, while the BMW X3 and Audi Q5 had already undergone their share of refreshes since the time GLC made its debut, the Merc has gotten an almost full palette revamp to outsmart the rivals. 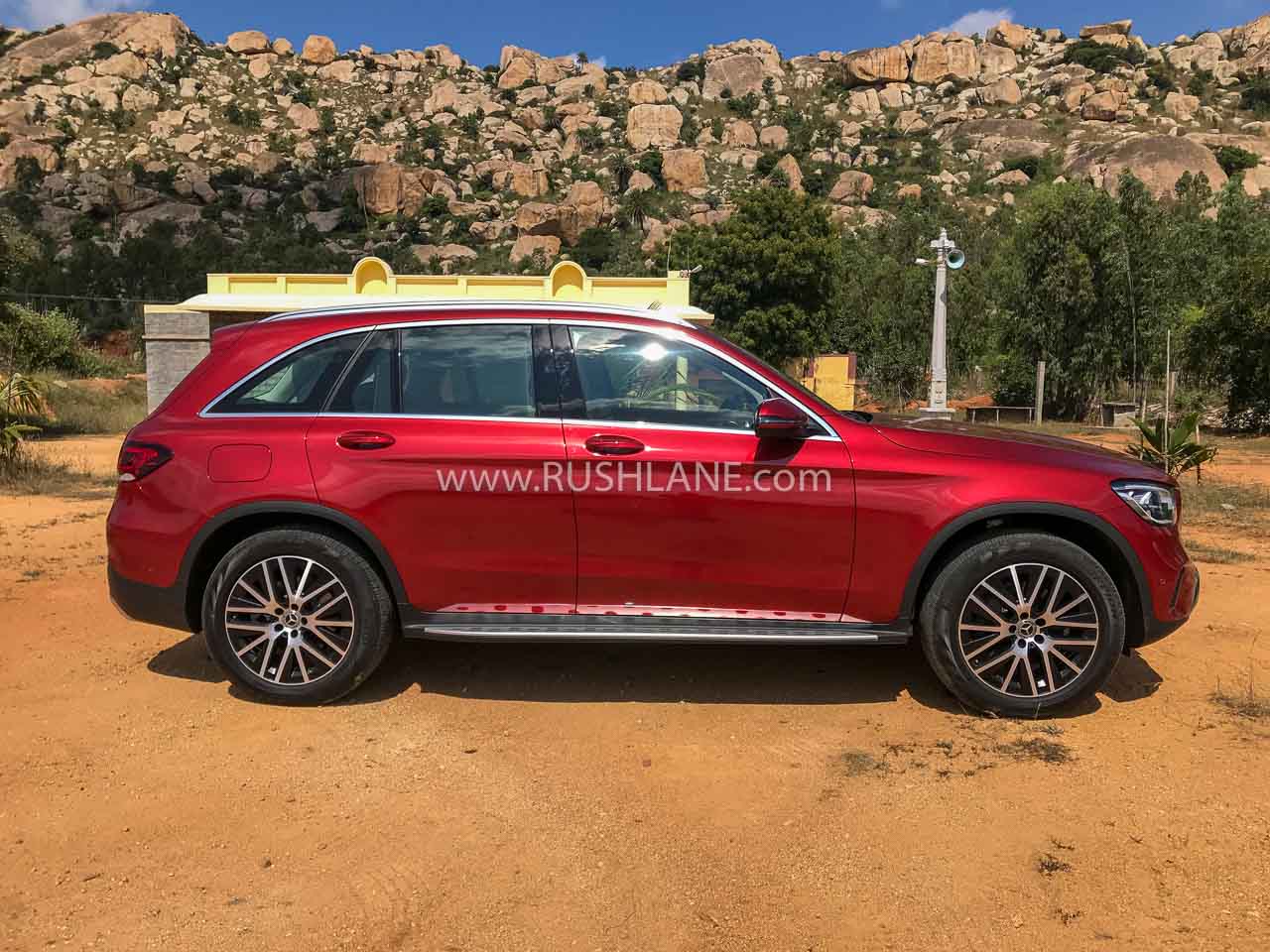 While one school of thought which many other car makers follow, is making the subsequent versions more aggressive, or sharper. Mercedes has in fact made the 2020 GLC softer to look, with more rounded-off edges and shapes, giving us a pleasant and dreamy feeling to look at the car as it approaches you like a huggable baby elephant running towards you, even until the moment its gonna run you over head on.

The revisions start at the front grille, that spread around to almost every element of the front fascia, including the headlamps, bumper, and also the bonnet. The headlights have transitioned to LED blocks evolving from projector beams, and the DRLs have taken a sharp turn to follow the likes of the GLB instead of the anticipated one-line LED, which was a signature established for the C-Class, differentiating the cars from the two-line LED on the E-Class and three-line on the S-Class. There is also a splash of chrome on the nose and chin, complementing the subtle streaks shaped on the hood. 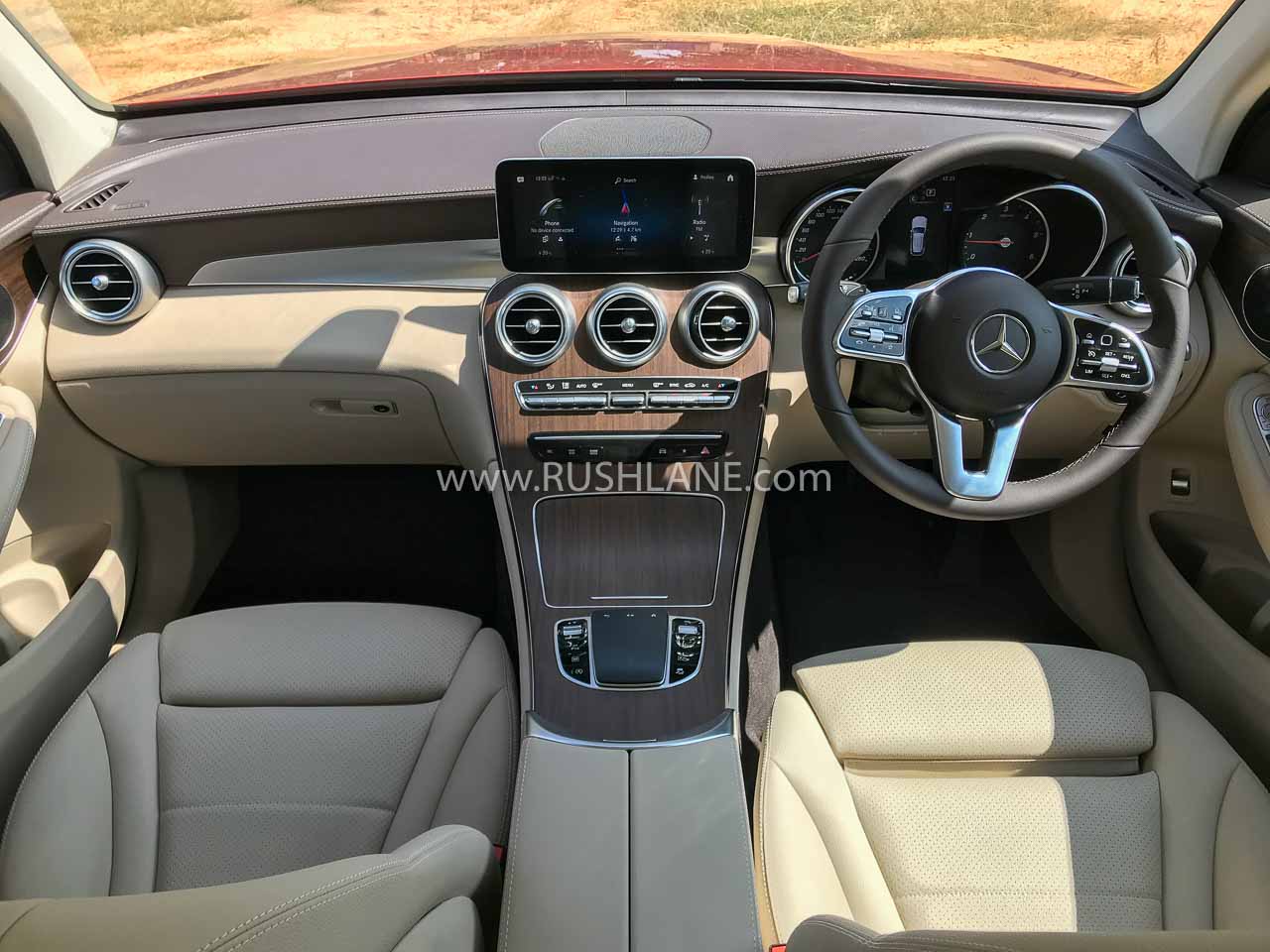 There is not much of a dramatic change elsewhere on the surface, rounding up the exterior are just the new trendy elements inside the tail lamps and a new set of 19-inch rims with dual-tone 15-spike design. Overall, as said before, the 2020 Mercedes GLC is a more friendly looking car, one that isn’t striking but isn’t inconspicuous in a crowd.

What’s more interesting in the new GLC are the refurbishments done inside the cabin, especially in the technology department. Starting with the MBUX operating system on the sizeable 10.25 inch touchscreen smack at the centre of the dashboard at eye level. Powered by an embedded Vodafone sim, the MBUX OS earns the GLC the ‘smart car’ title, given the host of IoT features that it enables on the car. 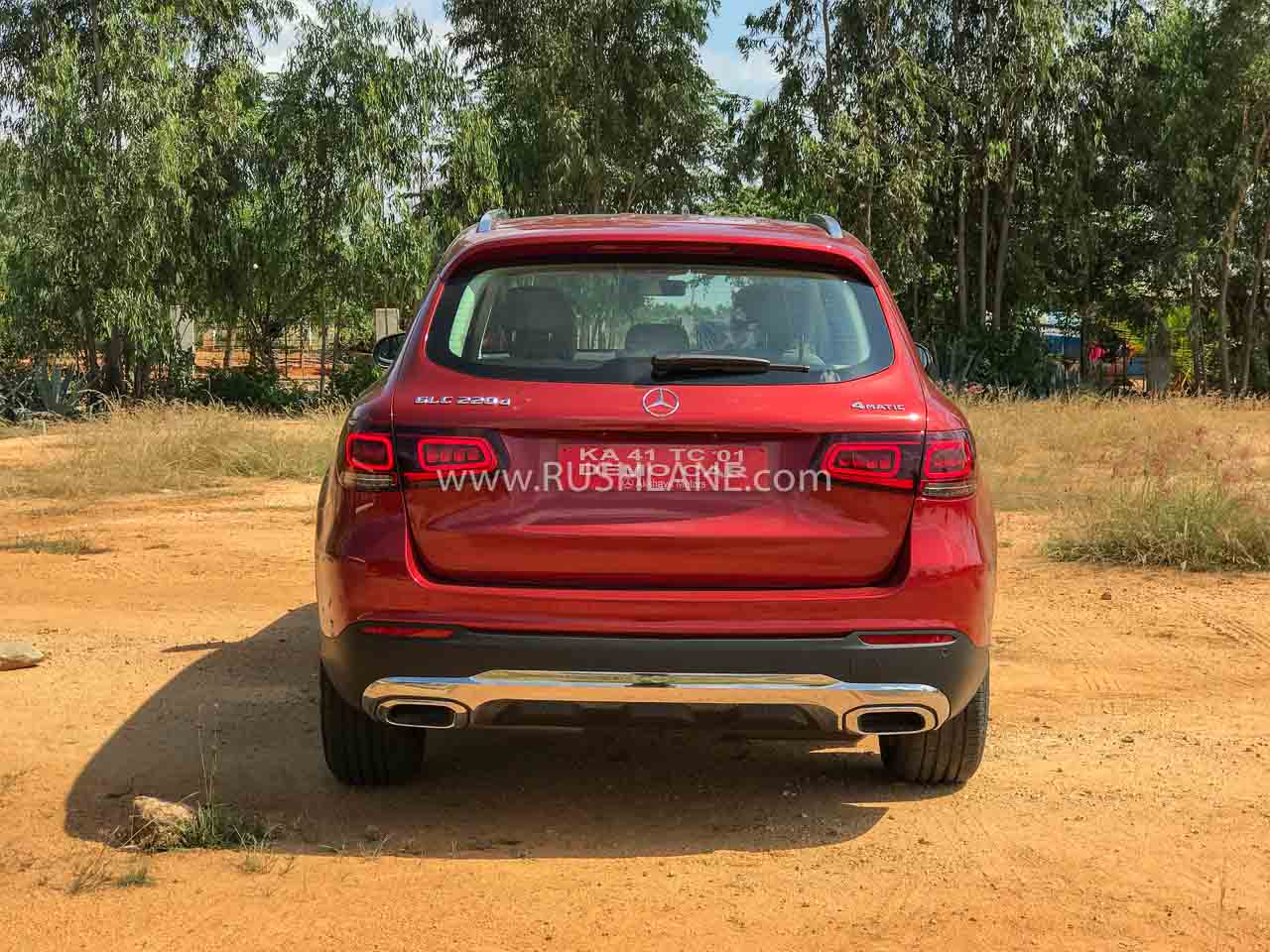 For starters, remotely starting and shutting the engine off is not just a scene reminiscent of James Bond anymore. The app for this car available on your smartphone can do that even a 1,000 miles away, and it can do a lot more, not the least of which is pre-cooling the car while you’re wrapping up work on your desk for an early exit. You can also do that with Apple Watch now.

There are more nerdy remote functions as well, like checking the car’s health, tyre pressure, fuel level, and the like. On a more application level, fleet operators can connect and monitor up to 78 cars on one phone, for whom the features mentioned are more needful, especially GPS tracking and Geo-fencing. 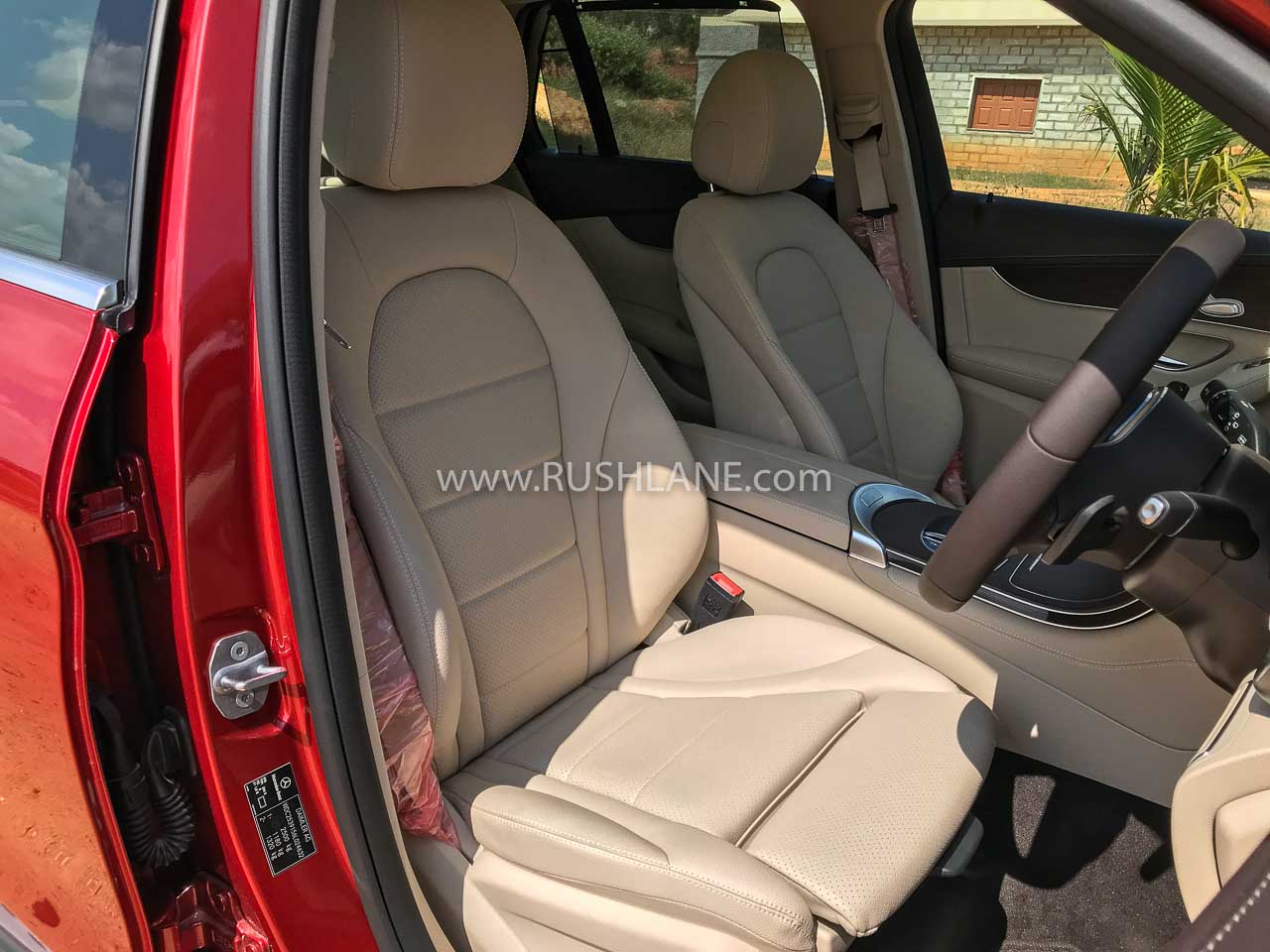 Needless to say, the user interface is very simple and easy to comprehend and get around the settings and menus. But to take the ease even further from premium to luxury, the MBUX’s voice assistant can do almost all of the things you’d normally need to drag your finger on the screen to do, and even beyond. For instance, apart from standard requests like switching to a different radio station or turning the AC up/down, you can just say “Hey, Mercedes” and then “Where can I find briyani around here” and the lady would popup some nearby restaurants on the screen and enable navigation to that place once you confirm which one you’ve chosen. There are 32 languages supported as of now, but Hindi isn’t one of them yet. Don’t forget that we aren’t talking voice commands here, it’s a voice assistant just like Siri and Alexa, so watch out for sarcasm if you dare try to pull her pigtail.

The physical changes on the dashboard includes a slightly revised instrument cluster which now has a more 3-D appeal to it in place of the flat-out feel earlier while retaining the layout, then the steering wheel is replaced with the new design that we know from the C-Class. The steering wheel gets tiny haptic touch pads that’s helpful controlling the MBUX infotainment screen options as well as the instrument meter in front of the eyes. 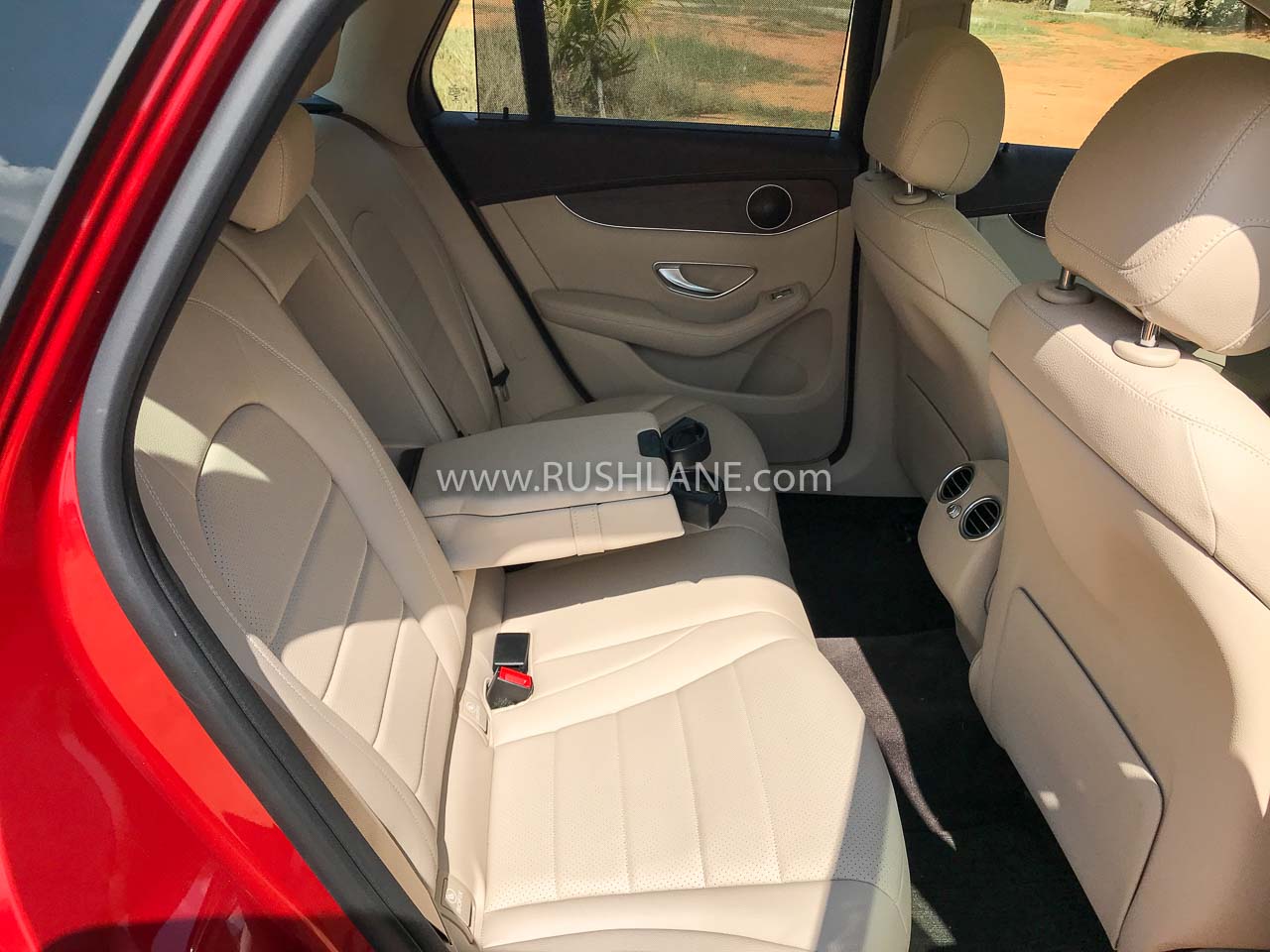 Some more minor improvements include USB Type-C ports replacing the standard USB ports, forcing some of us to carry around a converter; and a wireless charging pad next to the cup holder. The rest of the dashboard and flowing-wood centre console are similar to that of the outgoing model, visually. The rear part of the cabin also gets some functional improvements, like a 12V charging port, two USB ports, Type-C again, and manual window blinds. To summarise, the cabin has been made younger, more tech savvy than luxury-embraced, in the focus of contemporary and futuristic requirements on a functional level rather than just ‘sit back and relax’ type. There is one more notable feature for the passengers, a 64-colour ambient lighting, one that you can turn to red when your passenger is really mad at you, and to pink when they’re just so lovable.

The last section of the cabin, which is the boot, now offers 930 litres of space, that can be expanded to 1,558 litres if you fold down the second row seats. 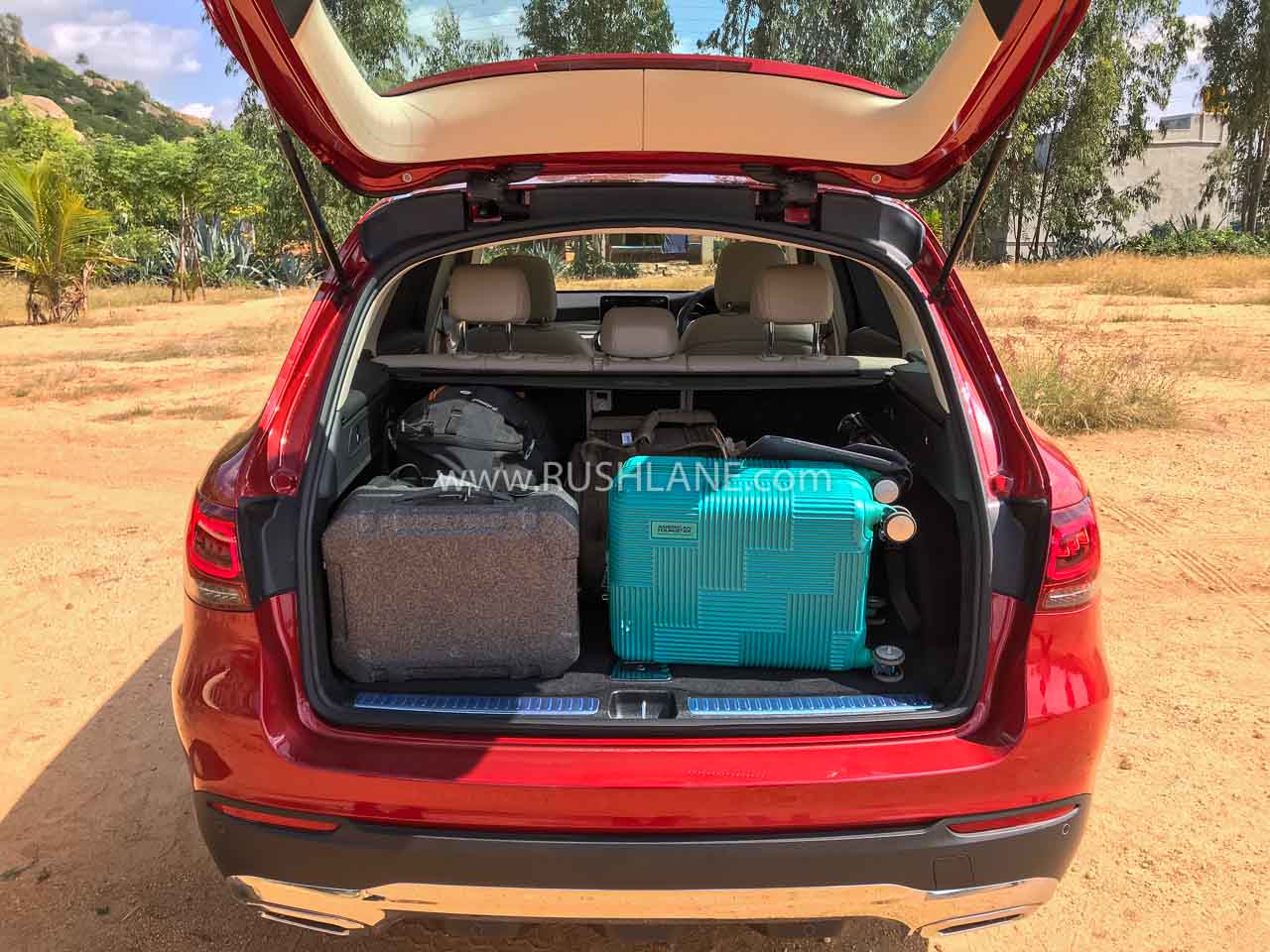 Quite obviously, the engine that’s featured on the new C-Class, the 2.0-litre OM 654 turbo-diesel four-cylinder unit, has retired the 2.2-litre OM 651 motor that used to power the GLC. The new BS6 engine delivers 24 PS higher power than before, amounting to 194 PS, and not to ignore the massive 400 Nm torque that has a way of kicking-in early for a car that weighs 2.5 tons. Thanks to the complementing 9-speed automatic transmission, the 0-100 kmph claim is 0.4 seconds better, at just 7.9 seconds.

The car is as much fun to drive as it is relaxing and comfortable to sit back and work on the laptop. If you don’t have a racer’s expectations, this is definitely a driver’s car, one that’s soft enough in suspension to take your family and kids around as well. There is no active dampers, so the car might feel a bit stiff through potholes and also a bit roll-happy around corners, but that’s what’s to be expected of an all-round car that tries to balance between being driver- and family-friendly. For further safety, over all the known features, the 2020 Mercedes GLC comes equipped with Active Brake Assist, which pounds on the brakes even if you’re gentle on the pedal, when the car detects an almost inevitable frontal collision. This is a features that has rained down from the bigger Mercs, first time on this price-range.

Disclaimer – For this review, Mercedes Benz India invited and hosted us at Bangalore. They paid for our travel, stay and food.