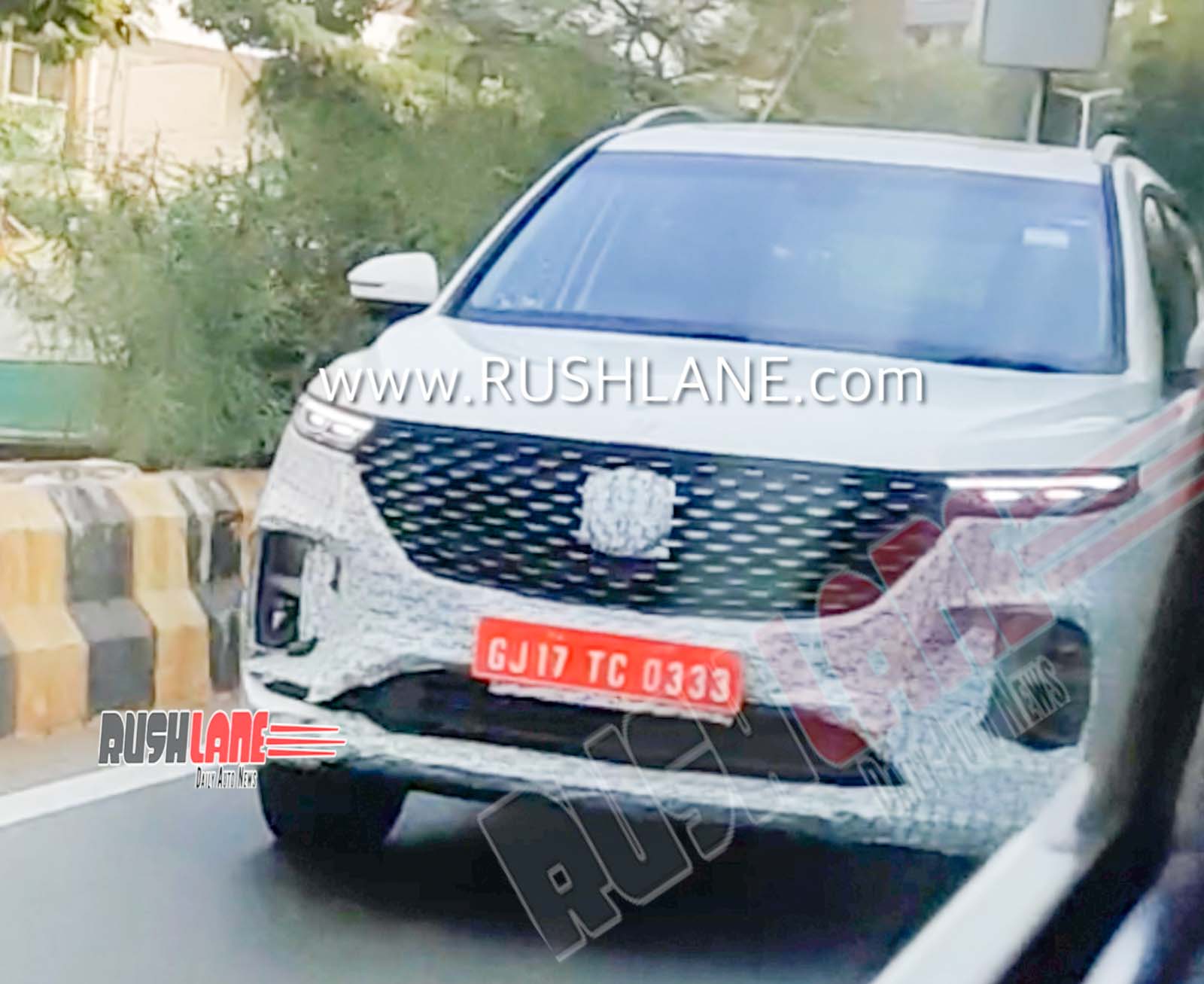 The 5-seater SUV instantly became popular among the masses by being a value-for-money choice in terms of size, equipment and presence. The SAIC-owned British-origin brand has a lot planned for the Indian market, including the upcoming MG ZS EV and a 6-seater version of the MG Hector.

The 6-seater Hector has been doing rounds on Indian roads in a test mule avatar for quite some time. Now, automotive enthusiast Devarsh Dave has managed to spot this new variant of Hector.

In all probability before hitting production, the vehicle will be devoid of the ‘Hector’ nametag as in the case of the Tata Harrier and 7-seater Gravitas. Just like the Tata products, the three-row and regular formats of the Hector share a lot of mechanical and aesthetic components between each other. However, these set of spy shots confirm an entirely revamped front and rear design in comparison to the regular Hector. 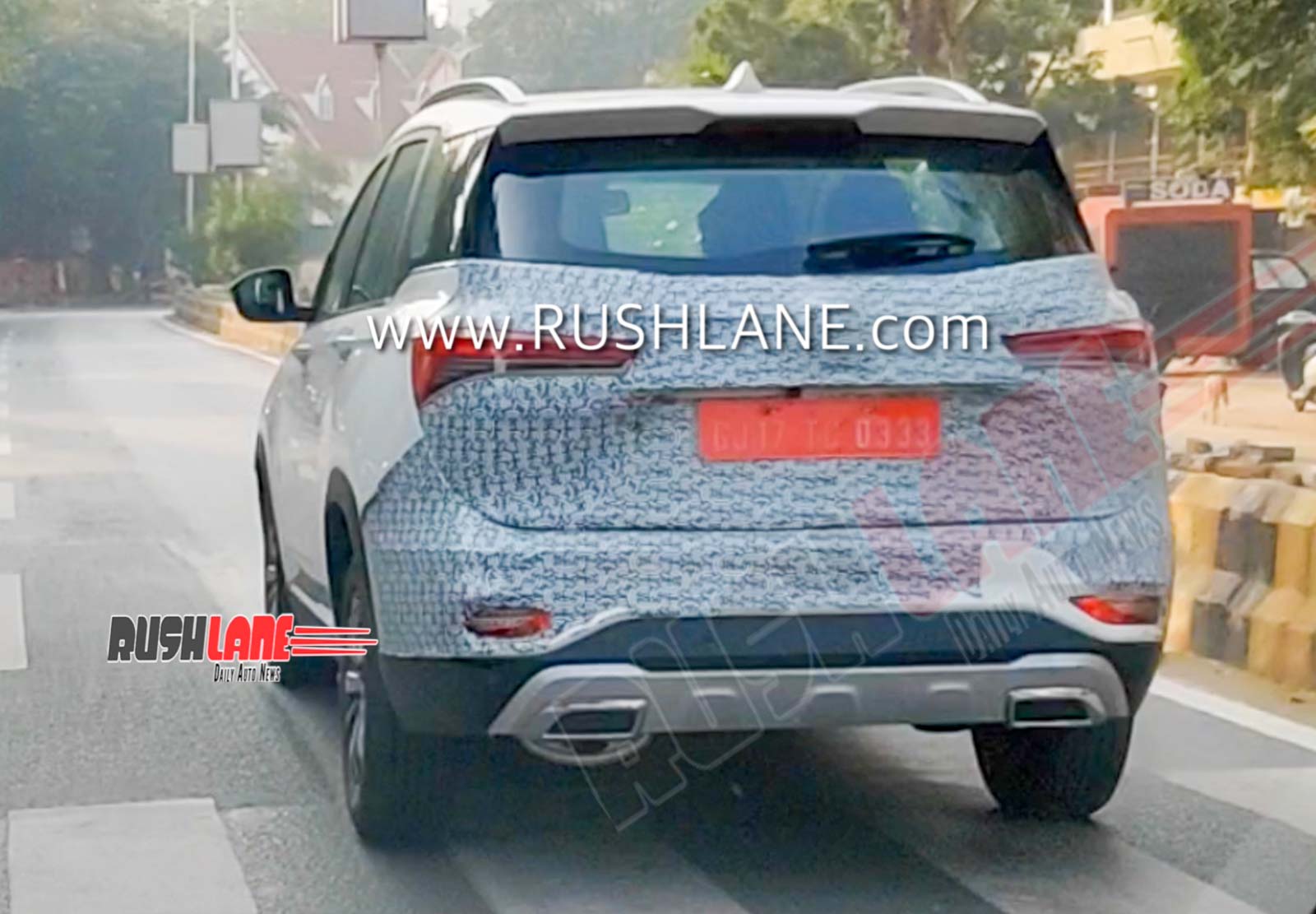 To start off, the LED DRLs have a newer and better cluster orientation. The headlamps (on the front bumper) rest in a new housing (thus changing the whole bumper design) while the tail lamps are tweaked within the same outline. The rear bumper is completely different and gets a new skid plate that incorporates two fake exhaust outlets/garnishes while the actual muffler tip awkwardly drops down at the left from underneath.

Coming to the side profile, there are no obvious changes and the vehicle rides on the familiar set of 17-inch diamond-cut alloy wheels. One of the main downsides of the MG Hector’s design is its small wheels against its relatively huge body proportions and the company seems to have decided to go forward with the same approach. 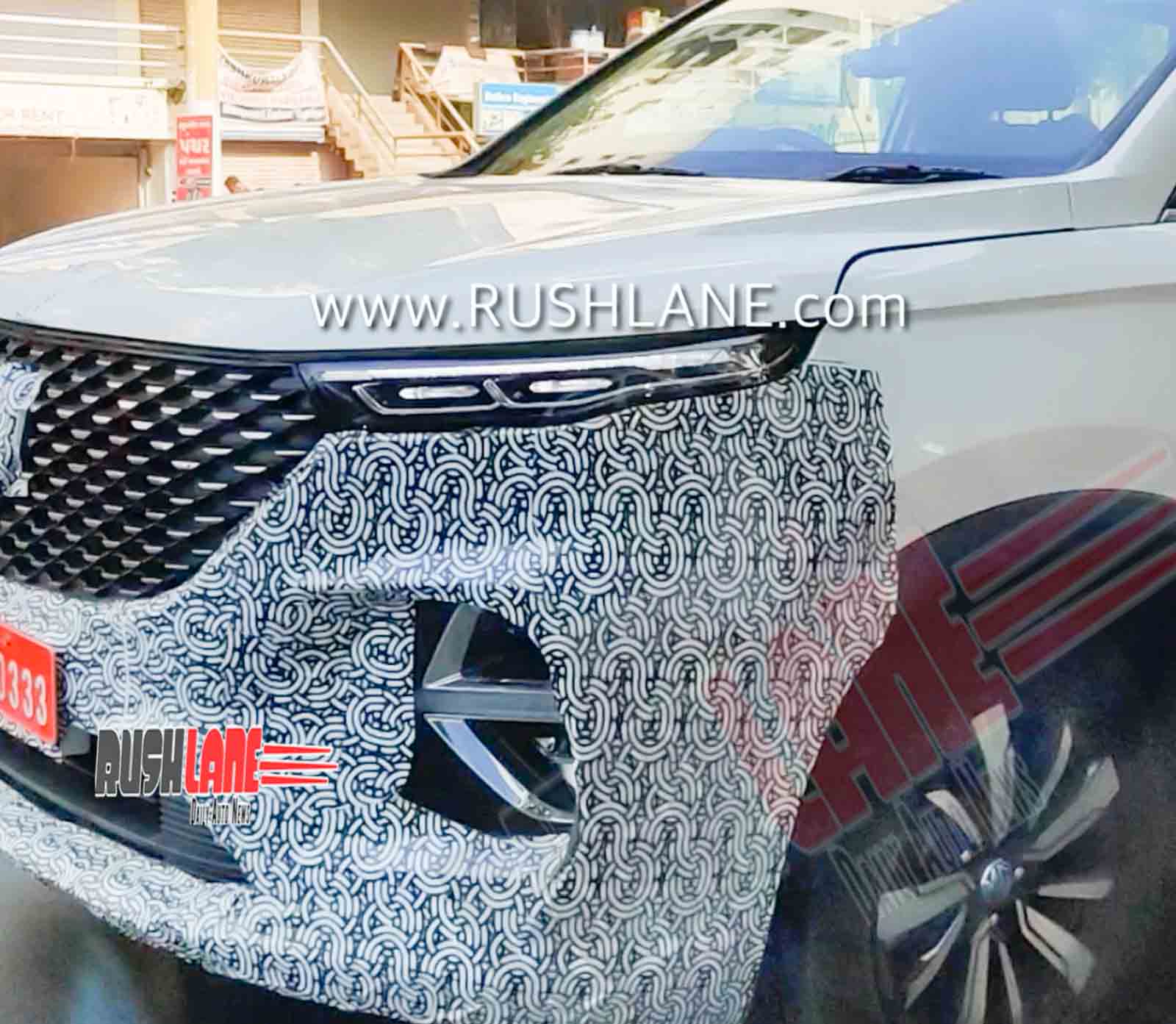 The 6-seater MG Hector will be powered by the same BS6 2.0-litre diesel or 1.5-litre turbo petrol engine. The FCA-sourced diesel engine which also does its duty in the Tata Harrier and Jeep Compass is good for 173bhp and 350Nm of torque. The turbo petrol unit makes 140bhp and 250Nm. Both engines come mated to a 6-speed manual transmission as standard while the petrol unit can be opted with a 7-speed DCT as well. Furthermore, there is a 48V mild-hybrid version of the petrol engine that boasts of better fuel efficiency.

It is too early to comment on the pricing of the 7-seater version of the Hector, but we expect it to start from just under Rs 15 lakh ex-showroom. Once launched, it will lock horns primarily with the upcoming Tata Gravitas and the popular Mahindra XUV500.