Sold in several international markets, Renault Duster has undergone a mid-cycle upgrade in Brazil. It may be recalled that while Brazil has the second-gen Duster, the Indian spec model (now in BS6 format) is a first-gen. Newly updated Brazil-spec Renault Duster comes with a range of styling upgrades, improved hardware and new features.

Second-gen Brazil-spec Duster has received a range of exterior updates that reflect the company’s new design language. Changes that are easily evident at first glance include a new grille, refreshed headlights and tail lamps, and blacked-out bumpers with prominent faux skid plate. There’s a pair of auxiliary lamps as well on the front bumper. It is not certain if these features would be introduced in all trims as a standard fitment.

Talking about its interiors, there are a few major changes here as well. The overall layout of the dashboard has been changed, and it now looks much more premium. Gone is the protruding plastic block from the doors, which housed the window buttons. The same has now been incorporated into the door handles, like is seen in other cars in the segment. AC vents are seamlessly fitted into the dash, and so is the new touchscreen infotainment system, which is powered by updated software and also gets new layout.

Instrument cluster is also all new. It houses two large circular dials with a LCD display in the center. AC controls are circular knobs like earlier Duster. But now they have digital display incorporated to set the desired temperature of the cabin. Thanks to newly designed doors, there is more space in the door pockets, in comparison to older Duster. Below is a comparison of old Duster and new Duster interiors.

Coming to the engine department, 2.0-litre petrol motor has been replaced with a 1.6-litre 16V engine that delivers a max power of 118bhp. This is mated to a 5-speed manual or CVT automatic and power is sent to the front wheels. 2020 Renault Duster Facelift gets a new 1.3-litre turbo petrol engine as well which debuted in India at Auto Expo 2020. 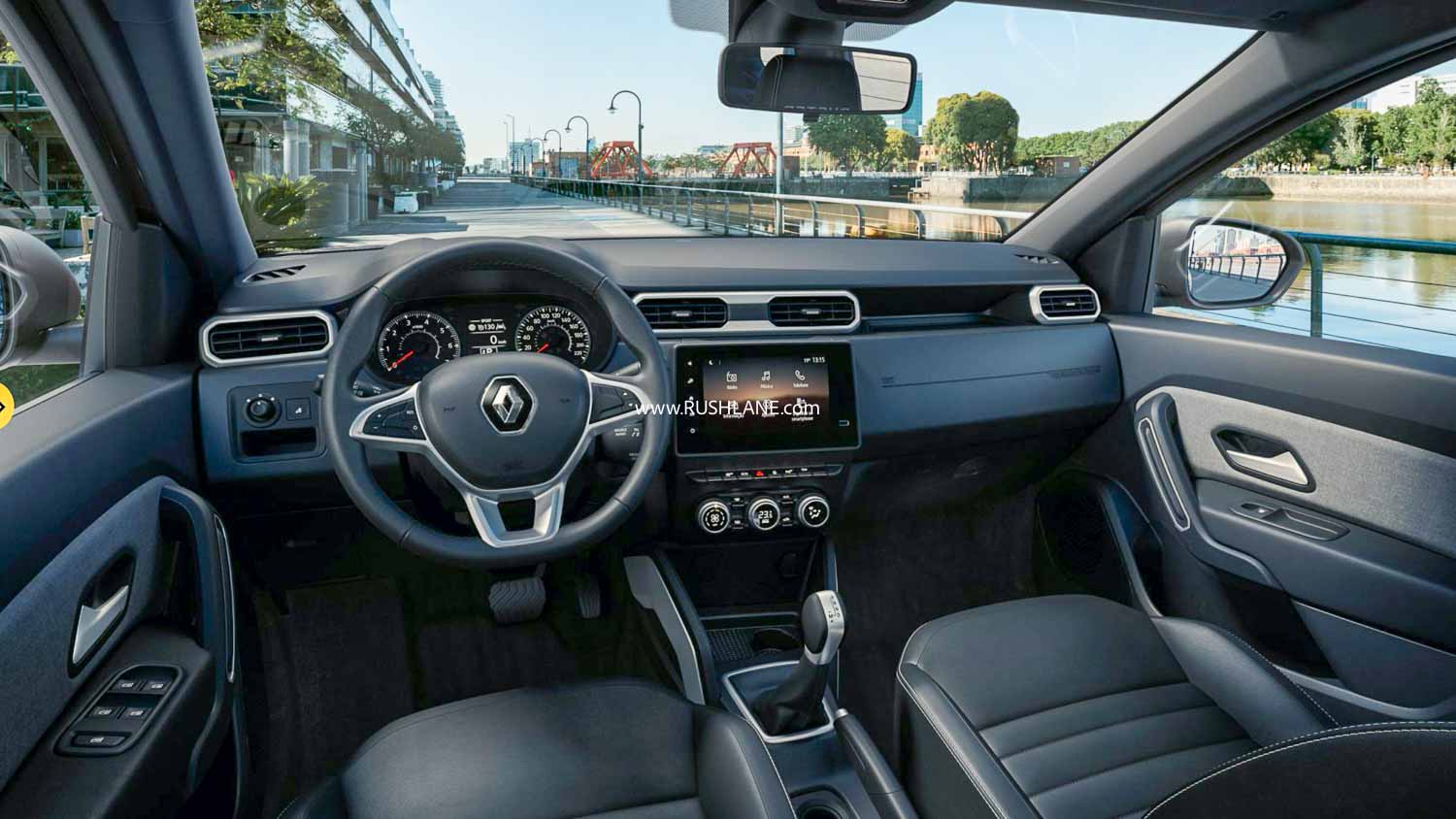 Brazil-spec Renault Duster facelift utilizes a new platform called B0 Plus, which is an enhancement over the B0 architecture. This has helped derive improved performance from suspension system while overall rigidity has been increased by 12.5%. SUV’s doors, hood, roof and tailgate have been updated and overall length has been increased by 40mm.

In India market, Renault had recently updated the Duster to keep it market relevant. It is priced from Rs 8.5 lakhs, ex-sh. It has also received a BS6 compliant engine option, in the form of a 1.5 liter petrol engine. Three variants are on offer, all petrol manual. In the coming months, it will also get a 1.3-litre turbocharged petrol unit that generates 156bhp and 250Nm of torque. With this update, Renault Duster will become the most powerful petrol SUV in its segment. On the other hand, Duster’s 1.5-litre diesel unit has been discontinued in the Indian market.