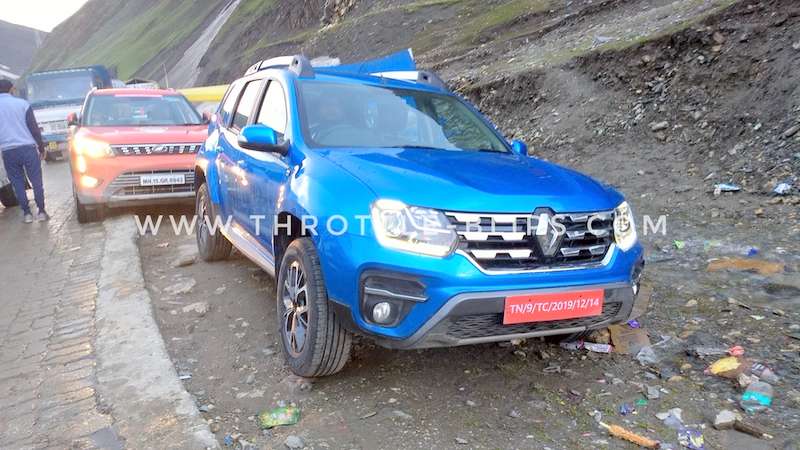 The Renault Duster should be credited for starting the compact crossover revolution in India but is has been relegated to the sidelines now by the newer and better equipped contenders. The French SUV now accounts only for a small fraction of India’s compact SUV market but Renault is not done with it yet.

The 2020 Renault Duster has been spotted undergoing high altitude testing without any camouflage in the Himalayas. The spyshots give us a glimpse of the updated SUV’s interior for the first time.

The Duster’s unexciting dashboard design has been one of its disadvantages but Renault seems to have improved things to an extent with the updated model. The car receives a new chunkier multi-function steering wheel, and the dashboard has also been restyled with new center console, body colored inserts and redesigned center air-con vents. 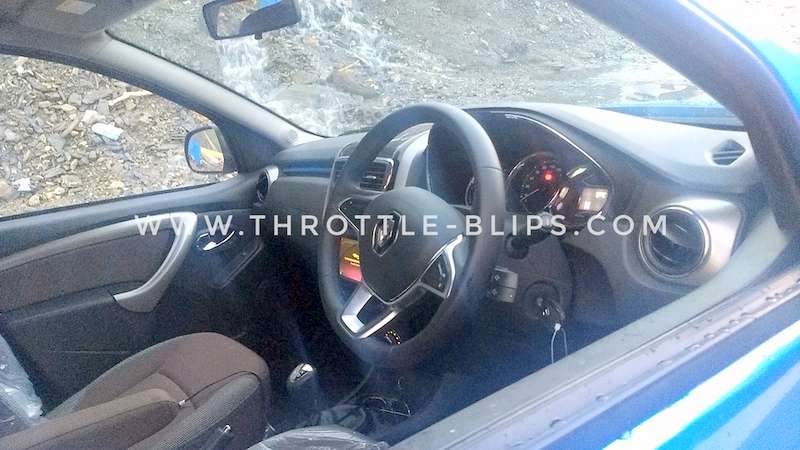 Renault India appears to have taken bits from the parts bins of Europe-spec Dacia Duster as well as Brazil spec Renault Duster. The triple-pod chrome finished instrument console has been carried forward (the Europe-spec model gets a bi-pod unit with a larger MID). The black and beige color theme is ditched in favor of black-brown tone with matching upholstery.

The test mule sports a touchscreen infotainment system which is likely to receive additional features like Android Auto and Apple CarPlay. Keeping in light with the latest regulations, the Renault Duster facelift will receive front airbags, speed alert system, rear parking sensors and front passenger seat belt reminder as standard across all variants.

The 2020 Renault Duster looks ready to be launched anytime soon. It remains to be seen if Renault India will offer BS-VI compliant engines right from day one or wait till the official deadline of 1st April, 2020.

The Duster is currently offered with 1.5-liter petrol and diesel engines. The petrol unit develops 106 hp and comes mated either to a 5-speed manual gearbox or a CVT. The oil burner is available in two states of tune – 85 hp and 110 hp. The former makes do with a 5-MT while the latter can be had with a 6-MT or 6-AMT. The 110 hp model can also be specified with AWD.