2020 Renault Kwid spied in India – Gets LED DRL above headlight 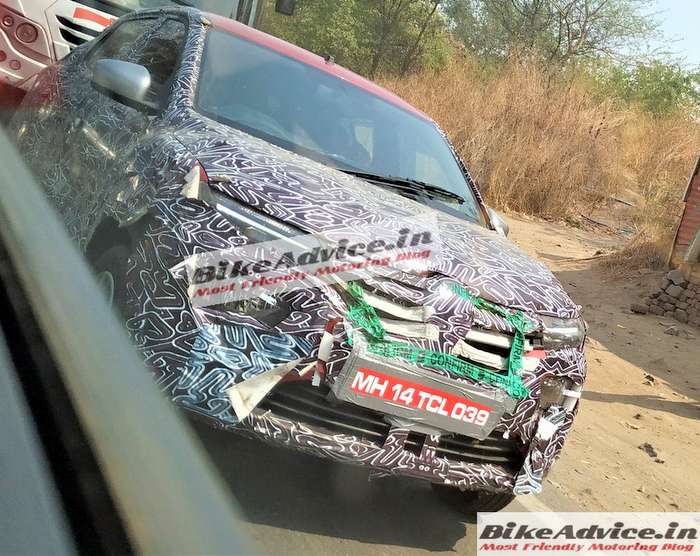 Renault Kwid was first launched in India back in Sep 2015. It was the car which helped Renault generate higher sales in India. Ever since its launch, Kwid has been the best selling Renault car in the country.

Now, a camouflaged test mule of Kwid has been spied near Pune. Its front is heavily inspired by the Kwid electric car which was showcased in China earlier this year. It gets the same headlight structure, with LED DRL on top, and headlight in the lower bumper. 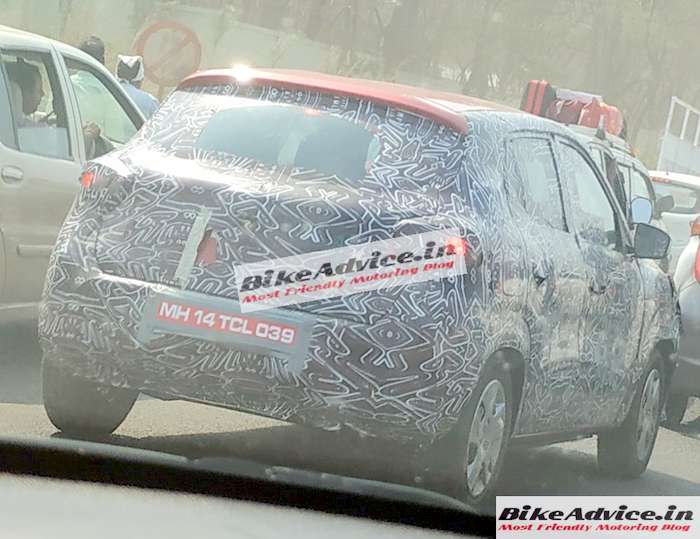 Looking bigger than the current Kwid, 2020 Kwid from Renault could make its debut later this year, or at the 2020 Auto Expo. It could come in with more space and updated interiors.

With the exteriors inspired by Kwid EV, it is possible that the interiors too are inspired by the same. Kwid electric interiors feature rear AC vents, automatic climate control, new instrument cluster and touchscreen infotainment system. Detailed images of the Kwid electric can be seen in the photo gallery below.

Apart from comfort features upgrade, 2020 Kwid could will also get an updated petrol motor, which will be BS6 compliant. As of now, Kwid is on sale in two engine options 800 cc and 1 liter. It is not clear if both engines will be updated to BS6 or not.

It will be based on the CMF-A platform like the current Kwid. But the platform is expected to be updated to meet upcoming Bharat NCAP safety norms. Apart from updated, Kwid, Renault has confirmed the launch of Triber MPV and a small SUV, both based on the Kwid platform. They are also planning on launching a compact sedan based on Kwid.

With these new launches, Renault aims to increase its sales in India, which are currently on a decline. Renault desperately needs a car which will help them increase sales. Their market share has come down to under 2.5%. In March 2019, the company sold a little over 7k cars, in a market where total car sales were over 2.87 lakhs.