It has been nearly a year since Renault India launched the Triber. Initially, the mini-MPV was available only with a single engine-gearbox combination. Sub-four-metre footprint, seven seats with flexible configuration and to top it all, a lucrative price tag ensured that the Renault Triber would always keep sales ticking.

COVID and BS6 norms managed to derail most car manufacturers. However, just into a month from launch, the newer Triber AMT has indeed given Renault India a very upbeat mood. We subjected the car on highways, hills, traffic and twisties. Here is our take on it:

Over the years, automakers have amalgamated different body styles in varying degrees of wheelbases to develop products that suit everyone’s budget. With the Triber, Renault has managed to offer an MPV bodystyle under four meters in length, at a price of a hatchback. It comes across as a very mature-looking and loaded affordable car. Is it a ‘Kwid Long Wheel Base’? Yes thereabouts, albeit better engineered. 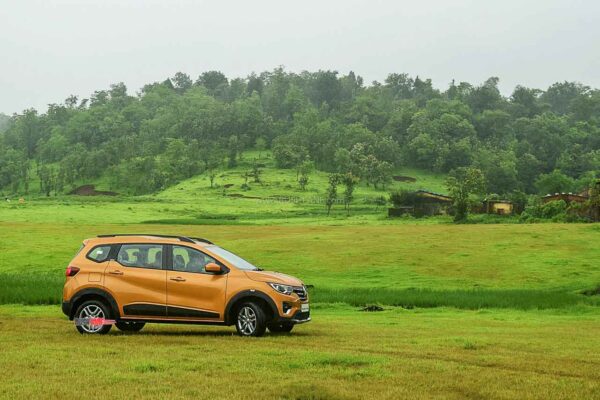 One of the biggest talking points of the Renault Triber is its interiors. Modular design and smart packaging within the passenger cell offer best-in-class space and ergonomics. The middle seats get a one-touch tumble down mechanism, allowing easy ingress to the third row or ‘Easy Fix’ seats. 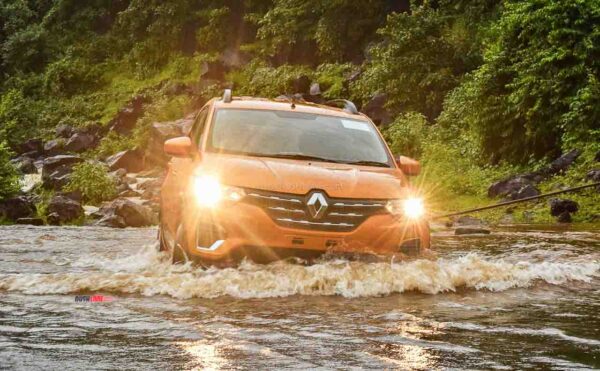 The middle row also offers a 60:40 split (with fore and aft movement) to further help balance the legroom at the very back. With the middle and last rows upright, one still gets about 85 litres of boot space which is good enough for a few moderate-size soft bags. Fold the third row down and boot capacity expands to 625 litres! 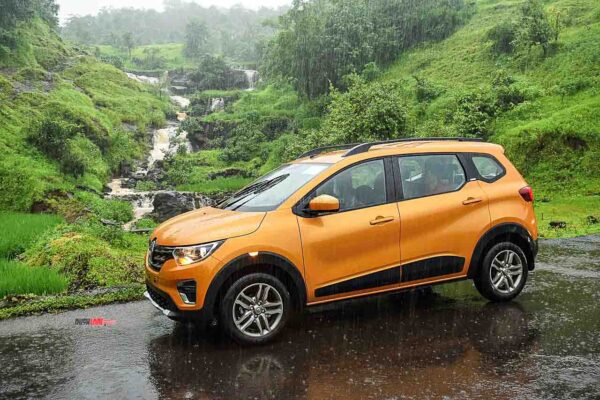 Apart from this, the Renault Triber has 31 litres of thoughtfully laid out storage spaces around the cabin. All three rows offer adequate comfort and space for the vehicle’s exterior dimensions. Quality of materials is decent as well considering the price point.

Compared to the regular manual variant, the only visual difference in the Triber AMT is its slightly different gear selector (with manual mode). Yes, you read it right. It does not carry over the rotary gear selector from the lesser Kwid.

Updated to BS6 emission norms, the 1.0-litre three-cylinder NA petrol engine is good for 71bhp @ 6250rpm and 96Nm @ 3500rpm. Strapped on this is the Kwid’s tried and tested 5-speed AMT with Creep function. As with almost every other auto transmission, upshifts are programmed at 2,500rpm while downshifts are varied depending on throttle input and speed. 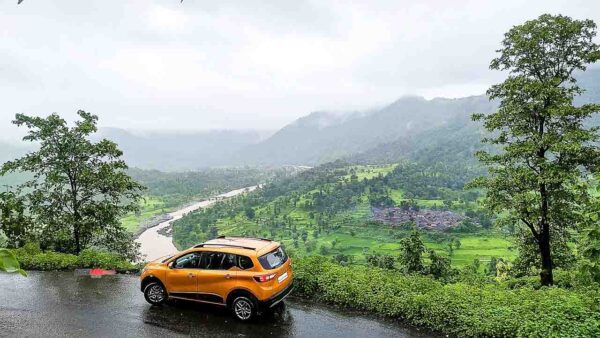 The typical NA three-cylinder thrum is quite audible past the 3000rpm indication on the digital tachometer. In city traffic, the AMT does a brilliant job at happily pottering around. Engage ‘D’ mode, lift off the brake pedal and Creep mode smoothly gets the Triber going — a boon in stop-and-go traffic. There is a noticeable over-rev akin to clutch slip while the AMT shifts up. This might be perhaps engineered in to smoothen out the shifts.

On the highway, the Renault Triber feels pretty brisk in itself. However, the power deficit is underlined when a swift pass is desired. A quick jab at the gear selector to ‘manual’ mode, followed by a kick-down, sorts this to a good extent rather than relying on the AMT`s delayed response. This three-pot engine delivers some rather sprightly pace above 3000rpm. 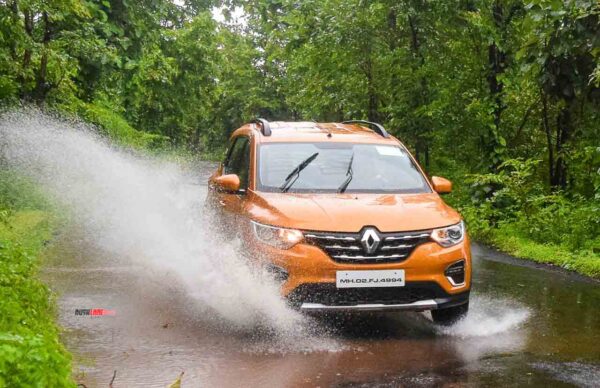 It is only while driving uphill, or any average-to-steep ascent with five or more passengers, that the weak bottom-end just cannot be deceived by an AMT. We hear a turbo petrol motor, which would immensely help matters, is on the cards. 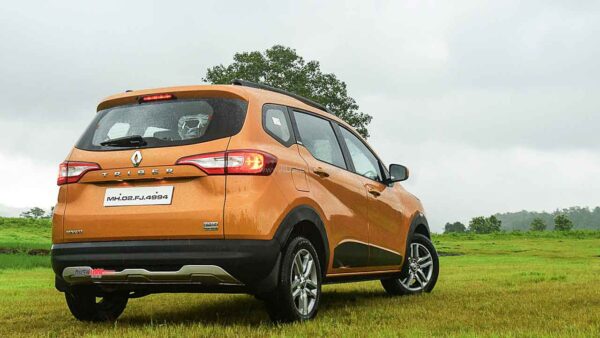 Blessed with Renault’s deft touch at suspension tuning, the Triber displays surprisingly good levels of balance between riding comfort and high-speed stability. No, it is not a corner carver — we didn’t expect it to be one either. The steering might feel on the heavier side at parking speeds, but once on the go, it does the job just fine. The ARAI-claimed fuel economy figure is 18.29kmpl (combined). Our test vehicle returned 13.6kmpl with a mix of city and high-speed runs. 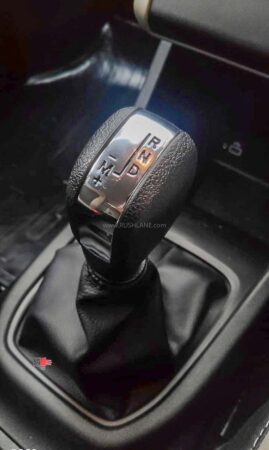 Space, practicality, flexibility and value-for-money are the terms that perfectly define the Renault Triber. At the moment, it has no major rivals (except for the Datsun GO+ BS6) but several alternatives across a wide price range. The Renault Triber is a brilliant example of automotive packaging and once the turbo petrol variant debuts as rumours suggest, Renault India would continue its winning streak.