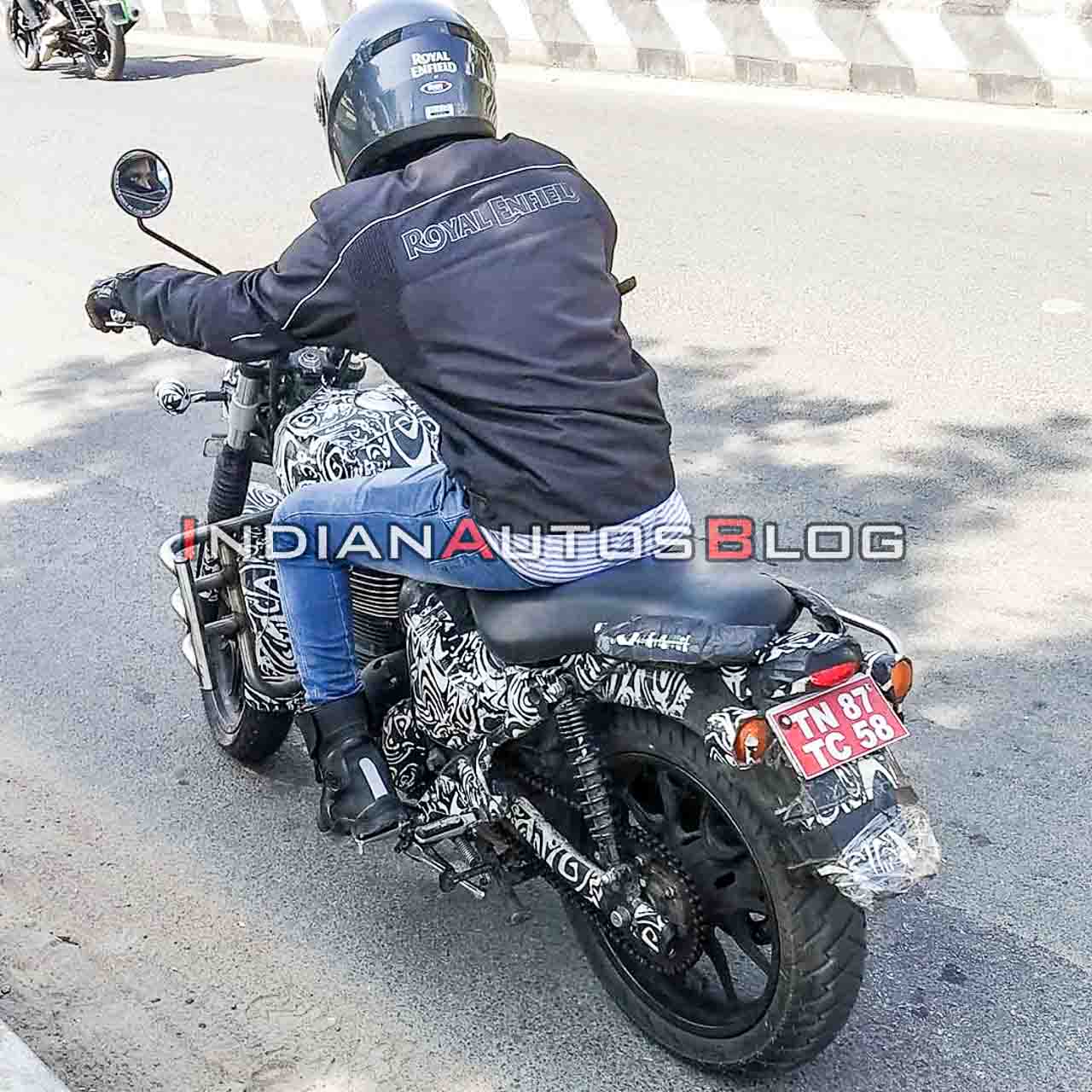 RE will launch new gen Thunderbird 350 later this year. But ahead of that, they will updated existing Thunderbird to BS6 standards.

The 2020 Royal Enfield Thunderbird 350X has been busy testing on public roads for the last several months but so far, all the prototypes spotted previously were equipped with split seats. A new spyshot showing a prototype with single-piece seat has emerged, suggesting that the company is testing permutations and combinations. It could also mean, an entry-level variant is being planned.

The fully camouflaged test mule features revised styling as evident from the new fuel tank (the eccentrically placed fuel-filler cap of the current model has been done away with). The front and rear fenders, side panels, split grab rails and taillight are also new. Though not visible in this spyshot, the new Royal Enfield Thunderbird 350X will be equipped with new headlamp and instrument console.

This particular prototype (single seat) also carries a few accessories like a crash guard and a pannier frame on the fight side. Going by the rider’s posture, we think the 2020 Thunderbird 350X has a significantly altered ergonomics.

The retro-classic cruiser will be based on the company’s next generation J-platform which will also underpin the next iterations of Bullet and Classic family. The most significant upgrade will in the form of an all-new engine details of which are scarce as of now. The chain drive has been relocated to the left side of the rear wheel in all the prototypes we have seen so far, indicating that the location of gearbox has been changed.

The existing Thunderbird 350X is powered by a 346 cc single-cylinder air-cooled engine that makes do with a carburetor. The new engine almost certainly will breathe via an electronic fuel injection system to keep the emission levels within the BS6 regulations. For reference, the existing motor develops 20 hp and 28 Nm of torque, and comes paired with a 5-speed transmission.

The new family of Royal Enfield 350 cc motorcycles based on the new platform is expected to be ready sometime towards the end of this years. Meanwhile, the company is updating the existing 350 models to comply with BS6 standards. The existing 500 cc models will not be retailed after March 31, 2020 (BS6 deadline) but it remains to be seen if they will eventually be succeeded by new iterations or not.