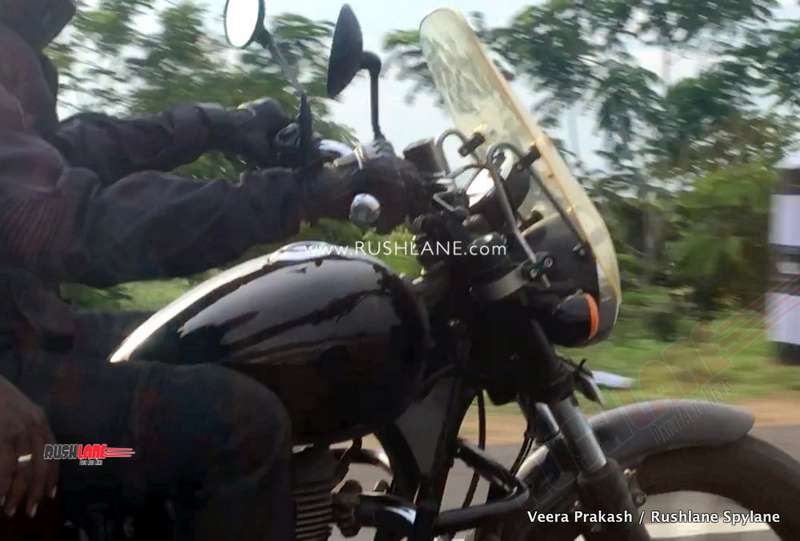 Latest spy photos of the upcoming 2020 Royal Enfield Thunderbird 350 (or it could be 500) have emerged and this time, the prototype was sporting accessories and had a pillion on board. The popular cruiser which is gearing up to progress to next generation along with its stablemates is in advanced stage of validation process. Images are credit to automotive enthusiast Veera Prakash.

The latest test mule featured a tall transparent windscreen, a black finished leg guard, chrome saddle bag supports (which could double up as saree guards) on either side and chrome handlebar end weights. The motorcycle features a flat handle bar and alloy wheels, indicating that it is the sportier X variant.

While the 2020 Royal Enfield Thunderbird retains the retro classic appeal, there are a few noticeable visual changes. The tailpiece is new with revised seats, shorter mud guard, a new circular taillight and low-mounted turn indicators. The double-pod instrument console has been replaced by a single-pod unit which is likely to incorporate both analog and digital readings. 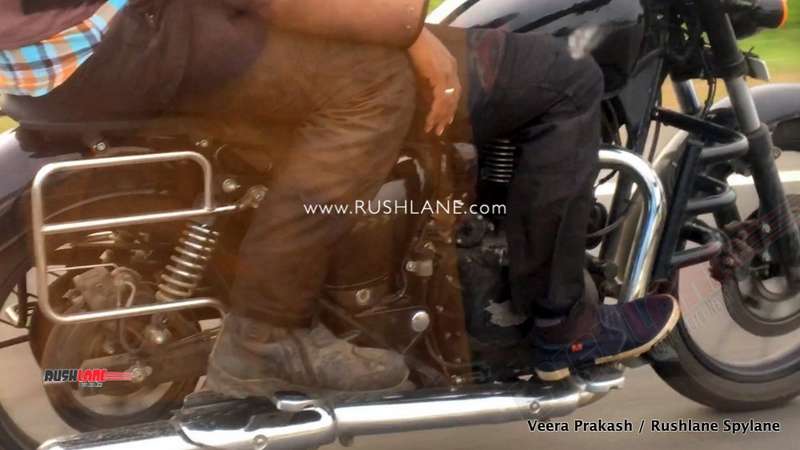 Based on the company’s new J platform which will also underpin the next generation Bullet and Classic range, the new Thunderbird will receive a new engine. As seen on this prototype, the rear disc brake and sprocket are located on opposite sides compared to the outgoing model, suggesting that the changes to the powertrain are comprehensive. We expect the cruiser to be available in BS-VI compliant 350 cc and 500 cc variants.

The suspension system which comprises regular telescopic front fork and twin shock absorbers at the rear appears to have been carried forward from the existing model without much changes. Braking is courtesy of front and rear disc brakes and we expect dual-channel ABS to be standard fitment on all the future Royal Enfield thumpers.

The new generation Royal Enfield motorcycles are expected to be introduced in a phased manner starting from early next next year. We won’t be surprised if RE chooses to unveil the new range at the fast approaching EICMA 2019 in Milan, Italy.

The medium displacement motorcycle segment has been witnessing regular arrivals of assortment of products but Royal Enfield’s long presence, strong brand bull and retro-classic appeal would help the brand preserve its lead.