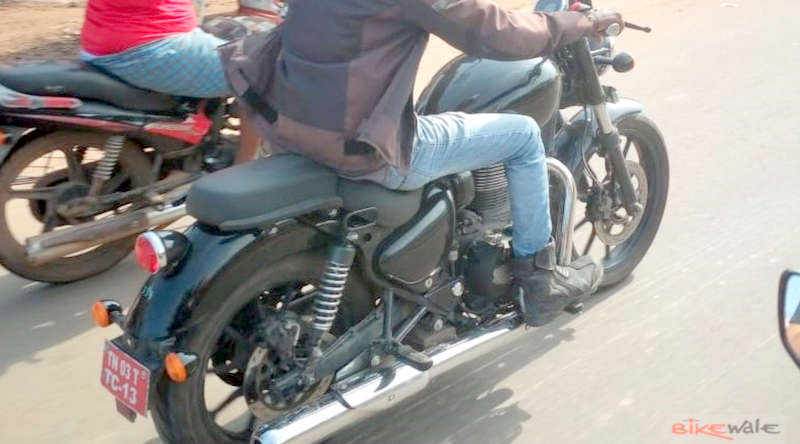 The new Royal Enfield Thunderbird has been caught on camera as it continues its intensive testing regime. The latest set of spy shots reveal quite a bit of changes. Royal Enfield is in the process of completely overhauling its 350-500 cc family of motorcycles and migrate them to an all-new J modular architecture.

The new Royal Enfield Thunderbird belongs to this family and will receive the new platform. Apart from the cosmetic changes, the retro classic tourer will also receive significant mechanical changes including a new powertrain.

This particular test mule appears to be the 350X variant as evident from the alloy wheels, flatter handlebar, split seats and grab rail. The fuel tank seems to have been subjected to subtle reshaping while the rear mudguard has become shorter than before. The motorcycle sports an old-school circular taillight and low-set turn indicators. 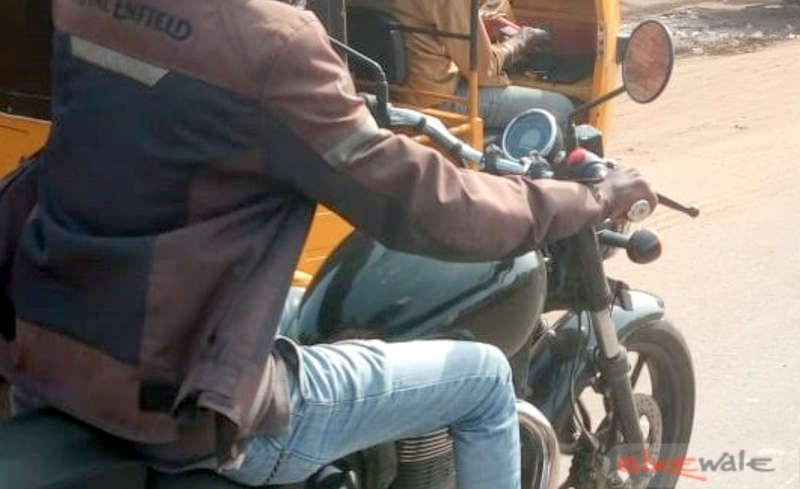 The double-pod chrome finished instrument console of the current Thunderbird has been replaced by a single digi-analog circular unit (with chrome outline). The overall build quality is expected to be improved. The regular variant with more relaxed riding position, spoke wheels, pillion back rest is expected to be offered as well but we haven’t seen it testing yet.

The new Thunderbird has its chain sprocket on the left side and disc brake on the right (opposite compared to the current version), indicating that the powertrain layout has been modified. Details on the new engine are under wraps as of now but we expect the classic looking block houses modern components, including an electronic fuel injection system.

Royal Enfield is likely to use this opportunity to offer more power and torque. The priority with the new engine would be improved refinement and better maintainability.

Royal Enfield enjoys an impressive market share in the Indian medium displacement motorcycle segment and has envious profit margin. With significantly improved products, the retro-classic brand would be hoping to stand its ground despite increased competition in the segment.

With enormous number of bookings, Jawa Motorcycles looked like it has got what it takes to topple RE but the quality issues and failure to keep up with the promised delivery schedules let down the prospective customers.