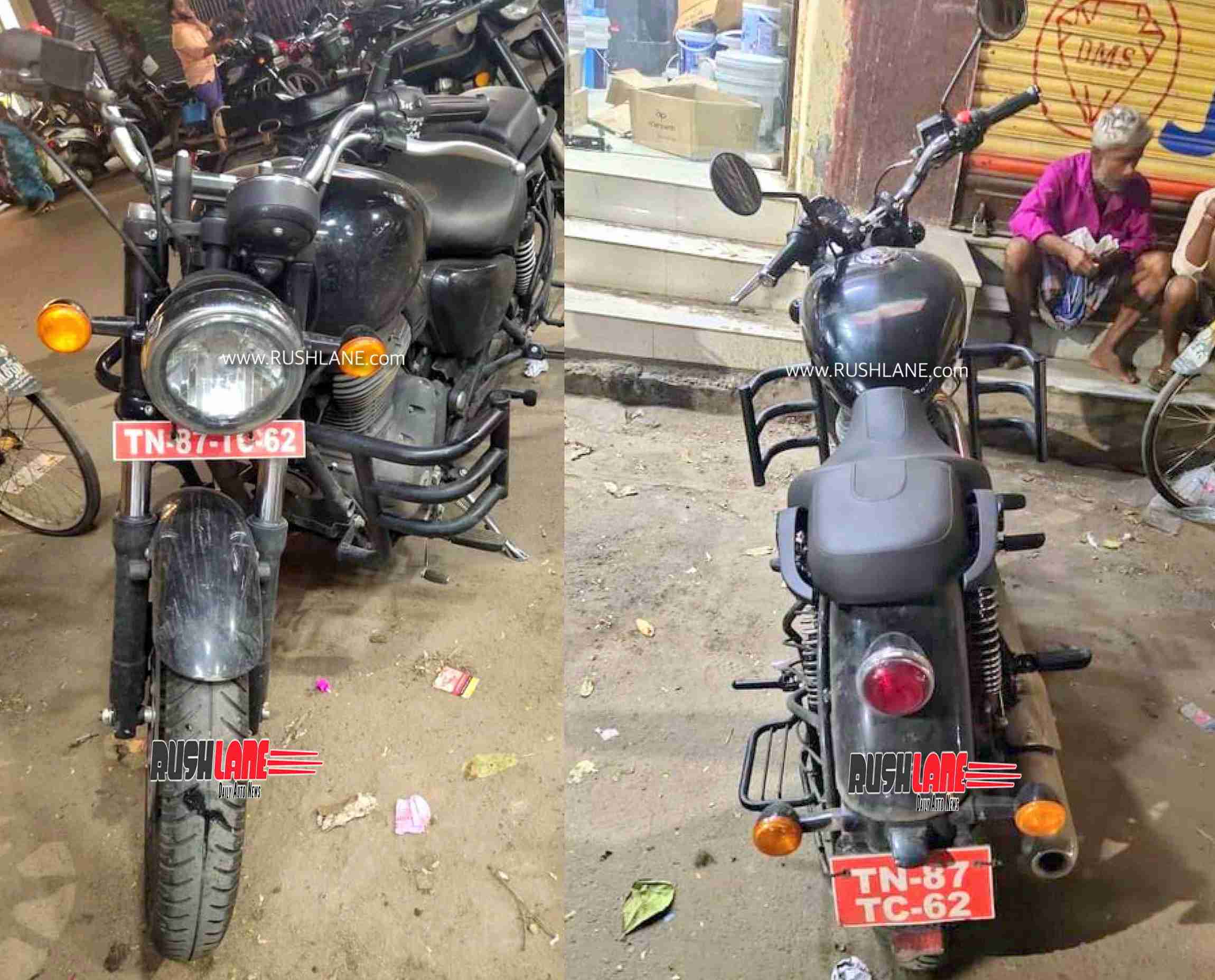 Expected to be launched early next year, 2020 Royal Enfield Thunderbird X 350 has been spotted on road tests quite a few times in recent past. Latest spy shots reveal that the motorcycle comes with several changes including a new frame, revised engine and improved ergonomics. Other Royal Enfield motorcycles including bestselling Classic 350 and Bullet 350 are also in the process of being upgraded.

One of the key changes at the front is the single pod instrument console that replaces the twin-pod console used in existing Thunderbird X 350. Single-piece saddle has also been replaced with split seats that are designed to offer improved ergonomics.

Beneficial effects of split seat design will be more evident during long distance touring. We can also see the adjustable levers and updated switchgear on the new Thunderbird X 350. 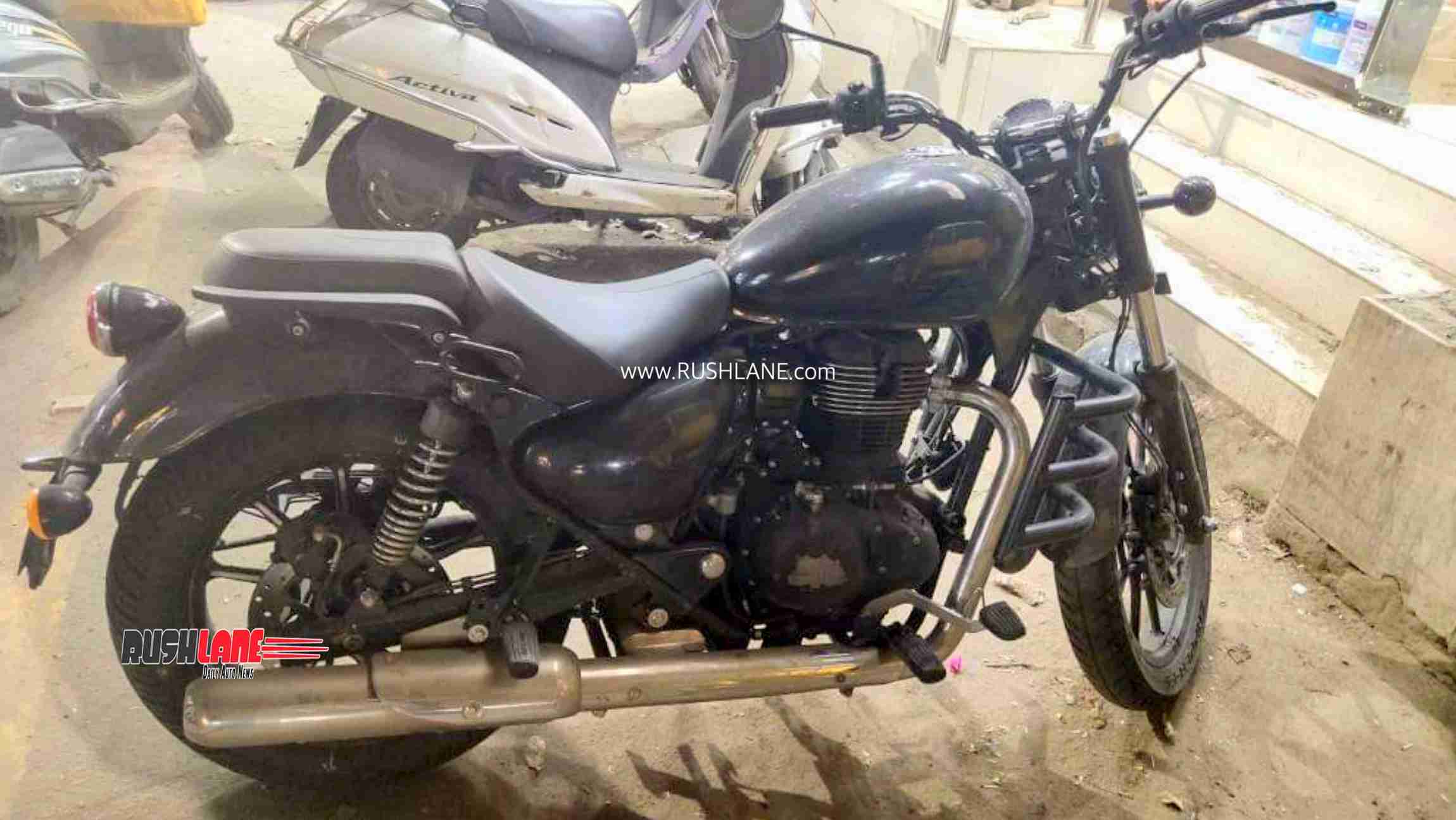 While the blacked-out theme of existing Thunderbird X 350 has been continued in the updated variant, one key change is in the exhaust guard that gets metallic steel shade. It is not yet clear whether other parts also get this treatment, as the test mule was moderately camouflaged.

Other changes include a single horn that replaces the dual horn setup and revised design of rear tail light. Features that remain unchanged include the round headlight and mirrors, handlebars, and upright riding stance. 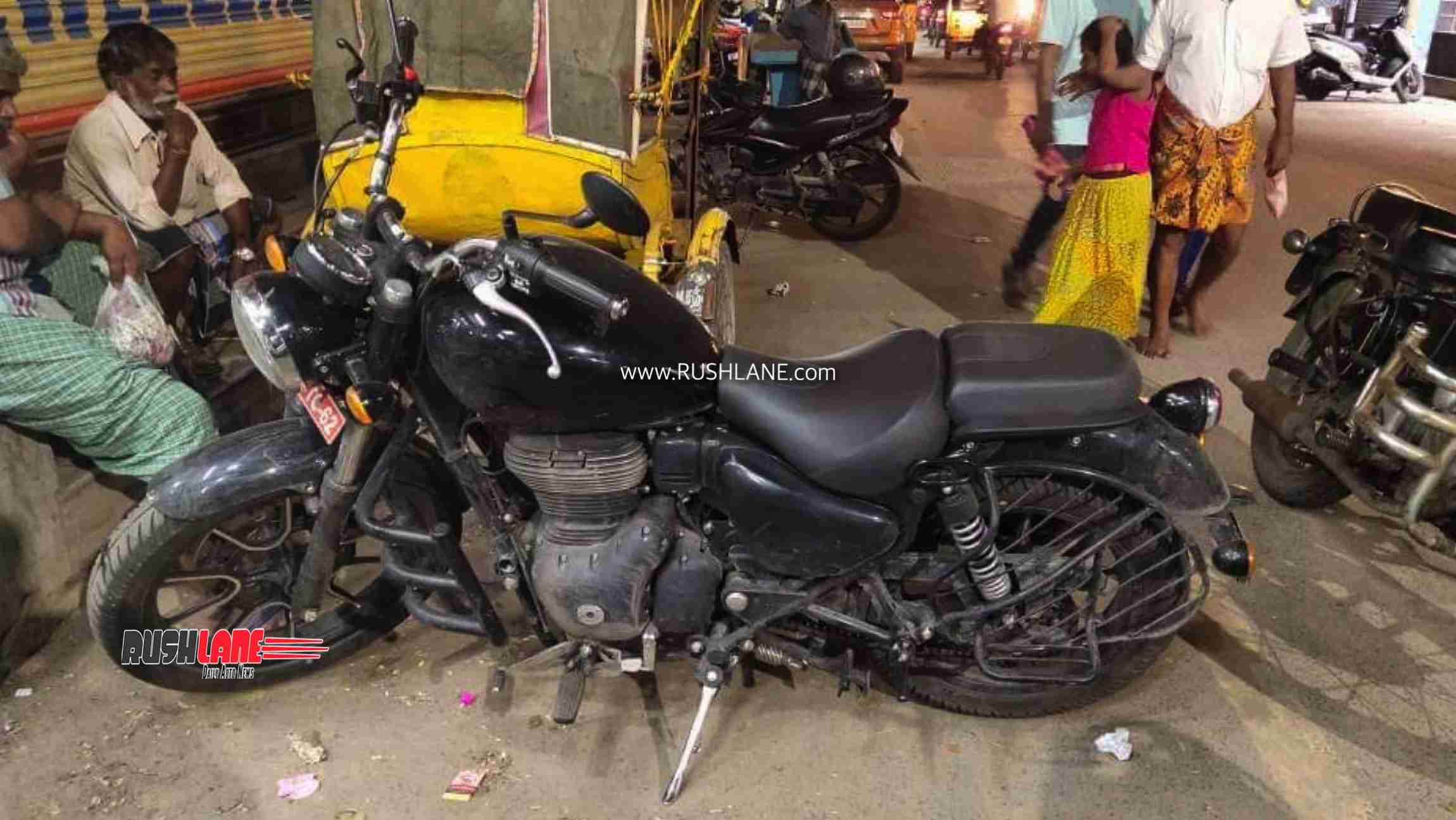 New Thunderbird X 350 will be getting a BS-VI-ready engine, which has also been spotted in 2020 Classic 350. Looking at the gearbox casing that looks similar to the one used on Interceptor 650, it is possible that new Thunderbird X 350 could be offered with 6-speed transmission. This will improve the motorcycle’s touring capabilities.

Engine head also looks different and it is possible that power and torque output may be increased in new Thunderbird X 350. Existing model with its 346 cc engine delivers 19.8 bhp @ 5250 rpm and 28 Nm @ 4000 rpm. Engine is mated to a 5-speed transmission.