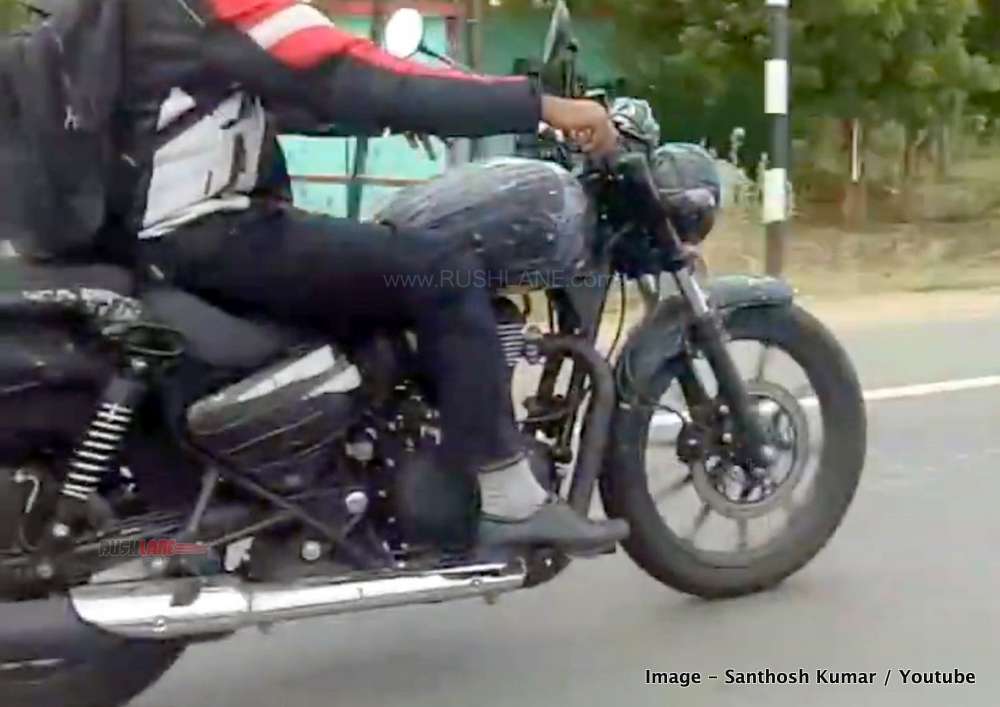 Royal Enfield is  testing the next generation models of the Classic, Bullet and Thunderbird motorcycles. These new bikes are being regularly spotted by automotive and biking enthusiasts on the Bangalore – Chennai highway. The most recent spotting is of the new generation 2020 Royal Enfield Thunderbird X BS6 FI variant. The motorcycle was spotted by Santhose Kumar S, and the same was shared on his Youtube channel.

As you can see in the images, the new Thunderbird X will get thoroughly revised styling and seating / riding stance. The 2020 Thunderbird seems longer than the current variant. The rider is seated a little more behind, while the footpegs are shifted to a little more in the front. This is expected to deliver an even more comfortable ride.

It sports a same split seat design along with new fuel tank. Headlight is a halogen unit, while turn indicators and tail light are LED. Alloys and tyre size is same as before, and so is the dual ABS braking system. Suspension has been revised. Exhaust system is new, and so is the engine unit. The new gen Thunderbird will also get engine update, so as to comply with new BS VI emission norms. Watch the new RE TB X in action in the video below.

Royal Enfield will replace the current set of BS4 compliant carb 350 and 500 cc engine options with new set of 350 and 500 cc BS6 FI engines. These new engines will be more efficient, more powerful and a lot more refined. Thanks to the new chassis and platform, the new generation of RE motorcycles will also be free of vibrations. Royal Enfield has shown that they can build bikes which do not have vibrations, the 650 Twins are a fine example.

Royal Enfield has invested thousands of crores in research and development of these new generation of motorcycles. From engine to chassis, the range of Bullet, Classic and Thunderbird will be completely revised before April 2020, which is when the BS6 norms kick in.

Expect the new features to result in a price hike. Updated range of Royal Enfield motorcycles will not only aim to improve company’s performance in domestic market, but also globally. Royal Enfield aims to become the No 1 motorcycle brand in the world in the 350-700 cc range.