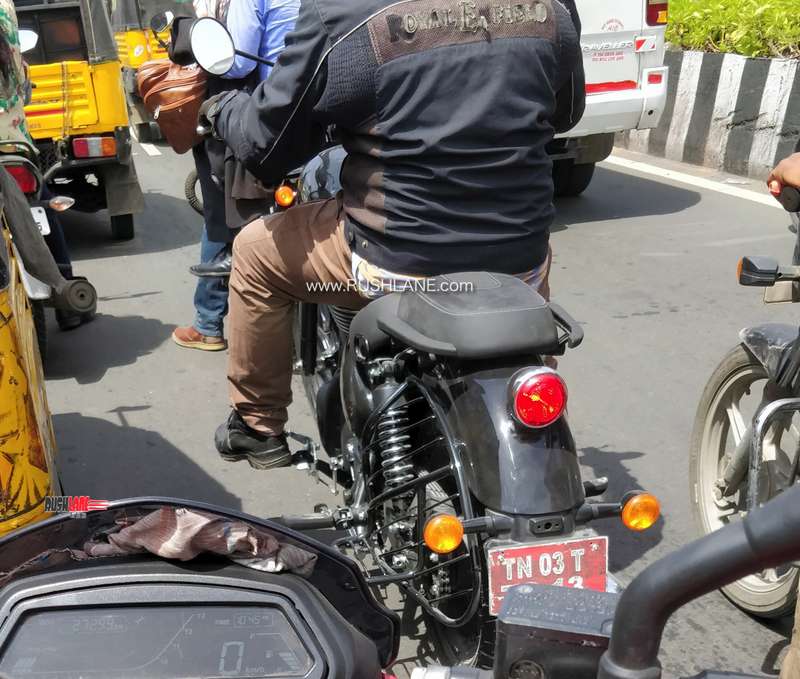 The 2020 Royal Enfield Thunderbird 350 has been spotted testing in public once again, and we can confirm that the next gen thumper will be equipped with electronic fuel injection in a bid to comply with upcoming BS6 emission norms. Hat tip to automotive enthusiast Ashok Arsh for sharing the spy shots.

The spyshots reveal the rear of the prototype. The motorcycle gets a shorter rear fender, a new larger taillight which is mounted slightly higher than before and old-school circular turn indicators which are mounted low. The two piece seat now gets a step for the pillion. The new Thunderbird also receives a pair of neat grab rails. The test mule features alloy wheels, indicating that this is X variant. 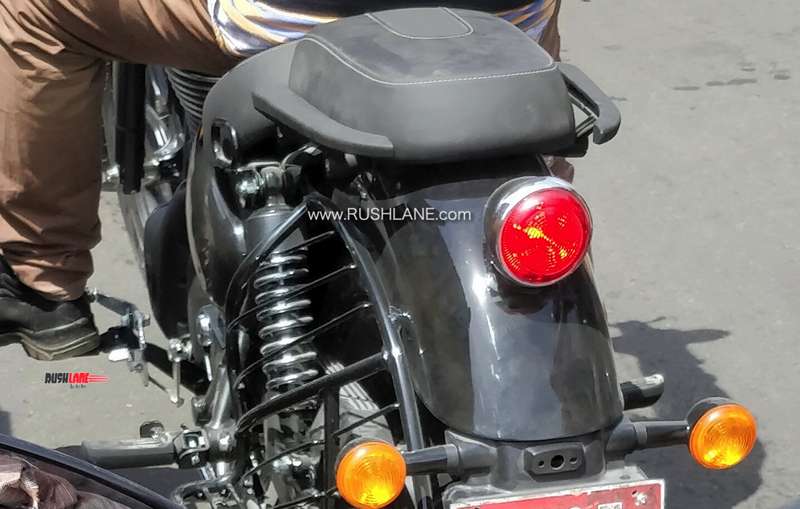 We expect the 2020 Royal Enfield Thunderbird X 350 to sport slightly revised fuel tank, centre panels, headlamp housing, and instrument console (likely to be partially digital). It goes without saying that Royal Enfield will use this golden opportunity to introduce new color themes and special editions down the line. The most significant however will come in the form of a brand new retro-styled engine. While the displacement is not expected to change much, we can expect the motor to come with improved combustion chamber and valve train for better emission performance.

Not surprisingly, the BS-VI compliant engine will be rely of standard electronic fuel injection. The previous spyshots revealed that the new gen motor forgoes kick starter (EFI equipped engines are much easier to start than the carburetor ones). Of course, power and torque figures are expected to have a noticeable hike. For reference, the current Thunderbird 350 is rated at 19.8 bhp and 28 Nm of torque.

Apart from styling and engine, 2020 Royal Enfield Thunderbird 350 FI BS-VI will also benefit from the company’s drive to improve overall product quality and maintainability. With a renewed product range, Royal Enfield will be better equipped to fend off the threat from Jawa Motorcycles who are currently struggling to meet the delivery timeline. The new Royal Enfield Thunderbird range is expected to make its world premiere at the EICMA 2019 in November.