Along with the EU spec version of the Skoda Kamiq, Skoda is also showcasing the Vision iV concept at Geneva Motor Show. 2020 Skoda Vision concept iV will ride on the Volkswagen’s MEA platform and is a part of the company’s next big electrification schedule wherein the company plans to launch 10 electric cars by the end of 2022.

2020 Skoda Vision iV concept is a four door crossover coupe boasting of a sporty stance and athletic body. It is dominated by a flowing roofline, 22” aerodynamically designed wheels and flared wheel arches. 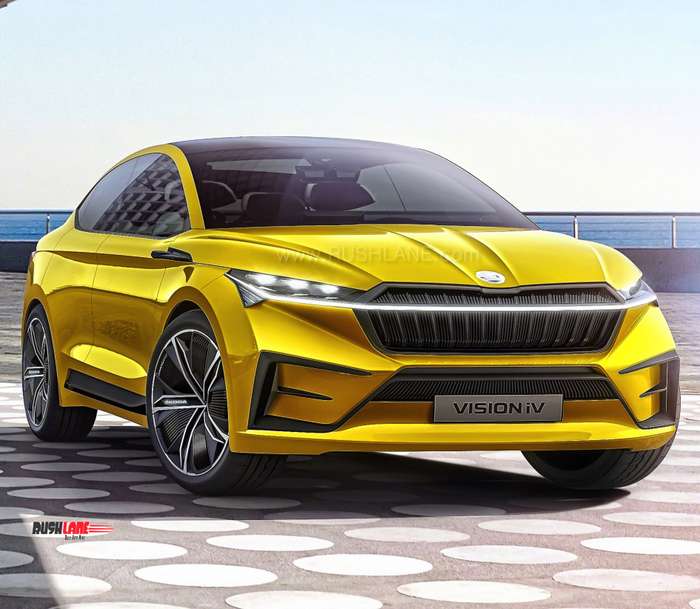 Interiors of the Skoda iV concept Vision follows a two layer dashboard design. It also gets a two spoke steering wheel, a free standing infotainment system and digital instrument cluster. The central console sports space for two smartphones which can be connected to the central display and wireless charged and can also be used as digital keys. 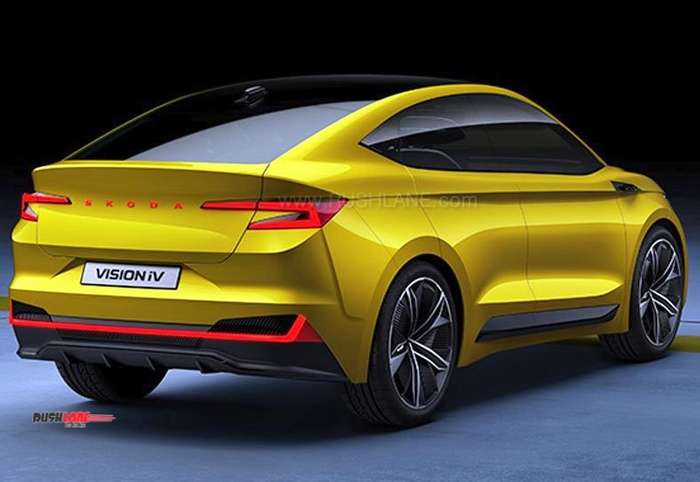 The electric motors are mounted in the front and at the rear – offering combined power of 302 hp. Skoda claims that the electric motors will allow acceleration from 0 to 100 kmph in 5.9 seconds. Top speed will be electronically limited to 180 kmph. With the battery positioned under the cabin, interior space is not hampered. The 83 kWh flat lithium ion battery stores power to go upto 500 kms, as measured on the WLTP emission cycle.

Skoda has also confirmed that the new Vision iV concept is capable of Level 3 autonomous driving guided by laser scanners, camera and radar while the car can also park itself. This means it will be at the same level as latest Tesla. Vision IV, though a Concept, is already 92-95 percent how the production version will look like. When it enters production, it will be built at Skoda’s Mlada Boleslav factory in the Czech Republic. Launch will take place by the end of 2022.