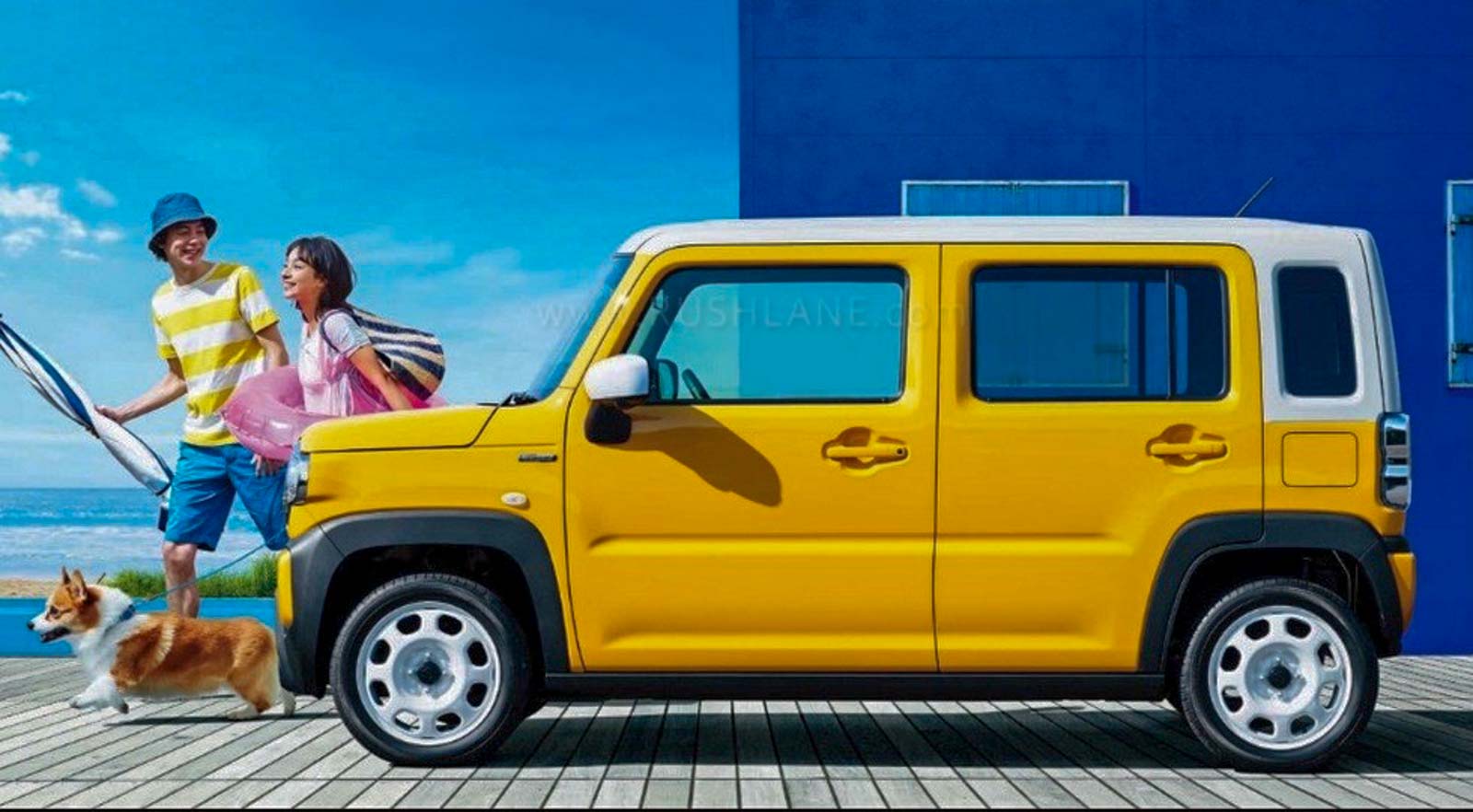 Though the retro styling is evolutionary, things under the skin are all brand new. The second generation Hustler is underpinned by Suzuki’s Heartect compact car platform that also caters to the new Wagon R. While the overall dimensions are restricted by kei car regulations, the new platform has allowed Suzuki to increase the wheelbase by 35 mm, thereby easing up more legroom for the rear seat occupants.

The circular headlamps now get LED treatment and the boxy silhouette has been carried forward. Of course, the new gen model gets revised taillights and bumper. Changes to the inside are drastic with an all-new dashboard with youthful and bold design. 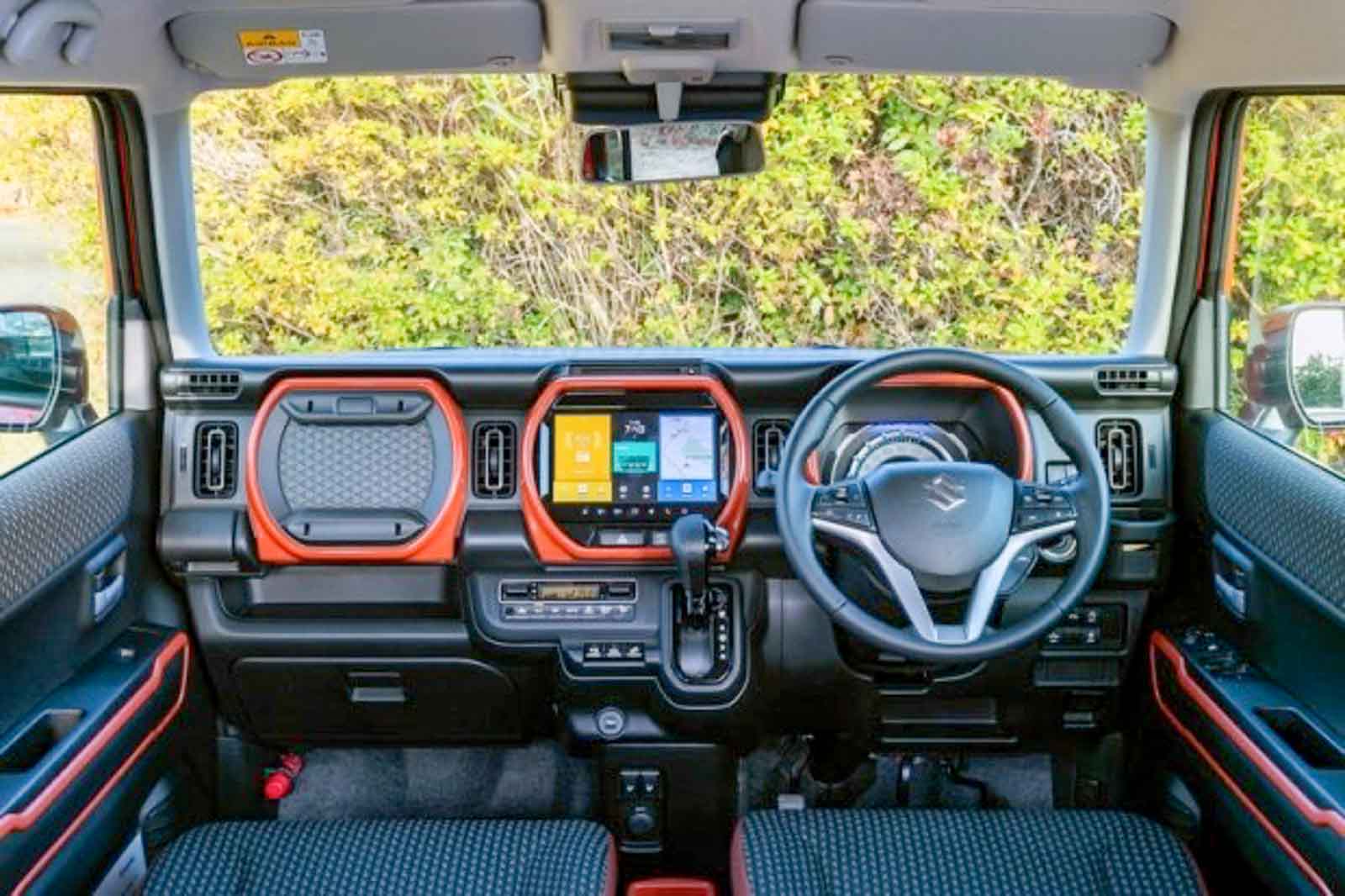 Not surprisingly, the new gen Hustler sports a large touchscreen infotainment display on the center console. A familiar steering wheel, new instrument console with a big digital display, dash-mounted gear lever and body-colored accents are the other noteworthy bits on the inside. In addition to enhanced wheelbase, Suzuki engineers have reworked the interior packaging to improve overall comfort.

The 2020 Suzuki Hustler for the Japanese domestic market will be powered by 660 cc petrol engine that will be available in both naturally aspirated and turbocharged avatar. The NA version is newly developed. All variants come with mild-hybrid technology which employs Integrated Starter Generator (ISG) for torque assistance.

The non-turbo variant is rated at 49 hp and 59 Nm of torque while the turbocharged unit puts out 64 hp and 100 Nm of torque. Standard transmission is a CVT. The engine benefits from an improved EGR (Exhaust Gas Re-circulation) and increased compression ratio.

Although Suzuki Hustler looks like an interesting proposition for an SUV-loving country like India where Suzuki owns half the market, it is designed and developed with the Japanese kei regulations in India. Hence, we don’t expect it to be making its way to our shores.