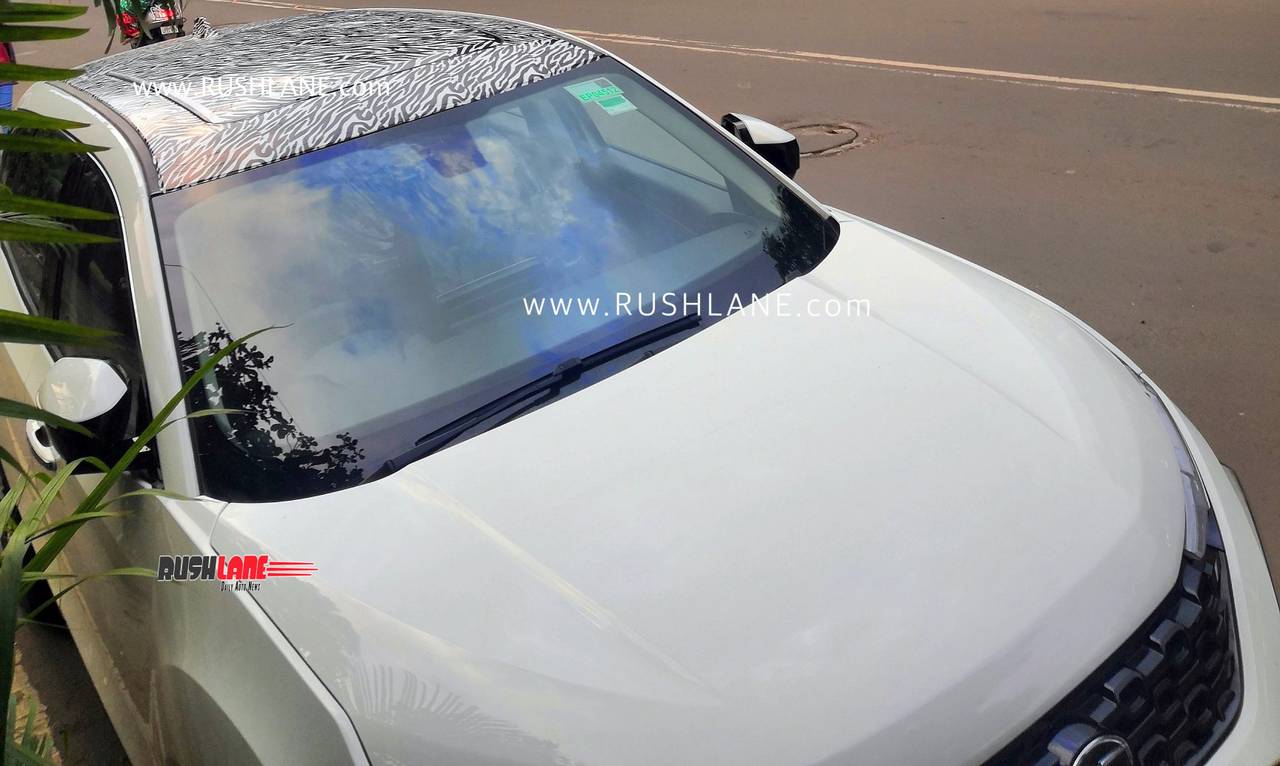 Ever since MG Hector and Kia Seltos entered the scene with massive bookings, Tata Motors has been trying every possible trick in the book to keep the Harrier premium crossover relevant and competitive.

A marginally camouflaged Tata Harrier prototype with factory-fit panoramic sunroof has been spotted up close. The sunroof on this test mule was clearly larger than the sunroof which is currently available as a part of official accessories. 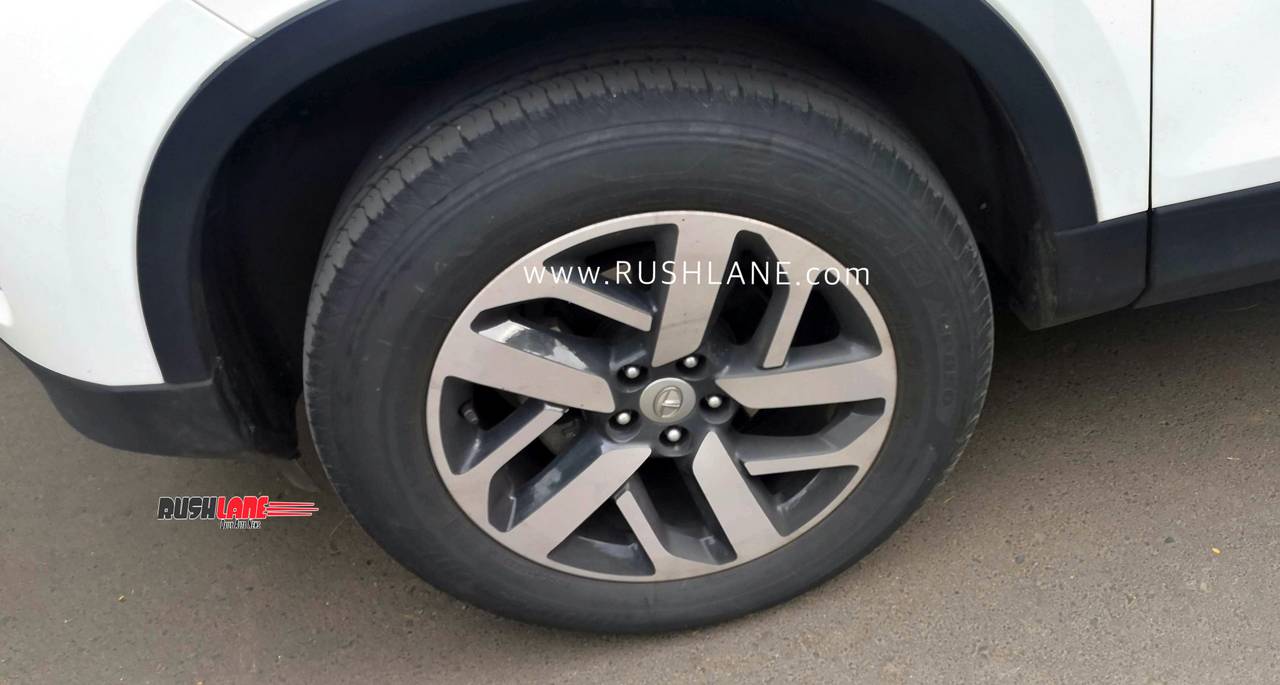 We expect the unit to be electrically adjustable. While some may discount sunroof as vanity, a significant proportion of car buyers in this price segment would like to have it. Hat tip to automotive enthusiast Siddharth Patil for sharing the exclusive images.

The Tata Harrier with sunroof is expected to be available on a new high-end trim which is likely to be called as XZ+. The prototype was also equipped with 18-inch alloy wheels which were seen on the Buzzard (7-seat Harrier) prototype displayed at the Geneva Motor Show. 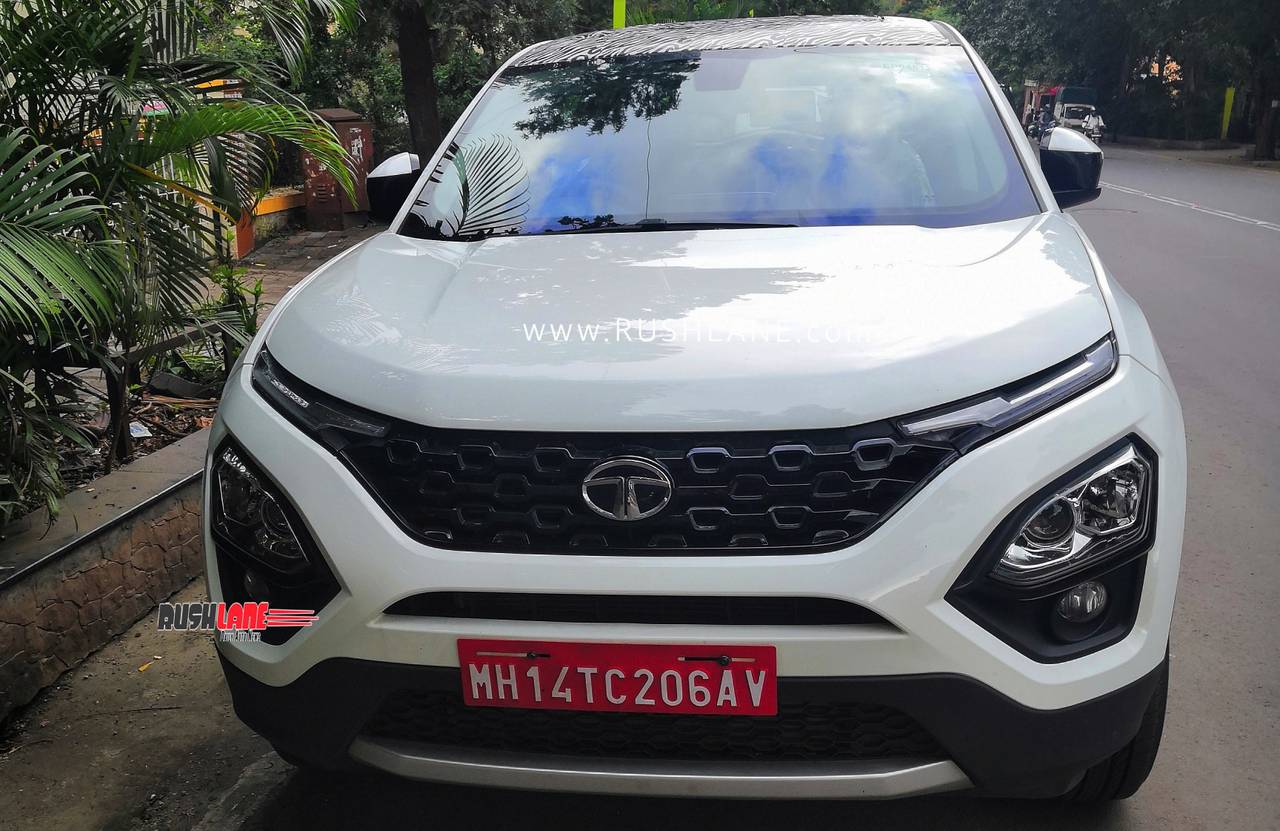 Tata Motors will not stop at just introducing an additional variant of the Harrier. The planned updates for its flagship product includes a more powerful version of its 2.0-liter diesel engine (170 hp and BS-VI compliant) and a new 6-speed automatic transmission (sourced from Hyundai).

Tata Motors will also be coming up with the larger 7-seater with revised rear end. While the international version is christened as Buzzard, the India-spec model is likely to carry a different nameplate. The new version in question will take on the 6-seat MG Hector and 7-seat next-gen Hyundai Creta variants.

The Tata Harrier XZ+ variant is expected to be introduced in the coming weeks to take advantage of the festive season frenzy if at all there is one this year.