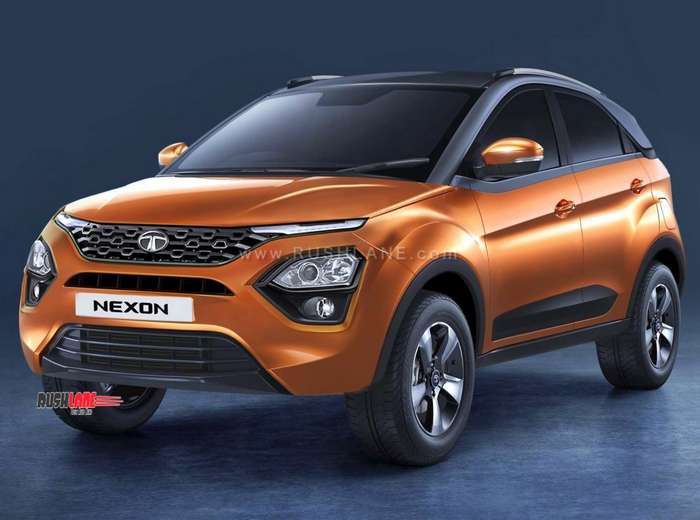 The Tata Nexon facelift was spied testing recently. Expected to be launched before 1st April 2020, the new Nexon is believed to be based on Tata’s IMPACT 2.0 design language. The current Nexon is based on IMPACT 1.0 design theme. Tata launched IMPACT 2.0 with the Harrier.

Harrier is the first car to be based on IMPACT 2.0. design theme. Tata has promised to update all their current cars to IMPACT 2.0 in the near future. Next car to be launched with IMPACT 2 styling, will be Altroz and Buzzard (7 seat Harrier). Post this, Tiago, Tigor and Nexon are expected to be updated with IMPACT 2 styling. Below are digital renderings of 2020 Nexon, inspired by Harrier’s 2.0 styling.

Apart from new styling, Nexon is also expected to get the new generation ALFA platform. Current Nexon is based on a modified XO platform. Compared to that, the ALFA platform is more versatile, and therefor future-ready. At the Geneva Motor Show earlier this month, Tata Motors revealed that their cars which are below 4.3 meters in length, will be based on ALFA platform. And the cars which are bigger than 4.3 meters, will be based on OMEGA platform. Alfa as well as OMEGA platforms will be used for all Tata cars in the future. Both these platforms are ready to accommodate hybrid as well as electric tech. They can also support multiple engine and transmission options. 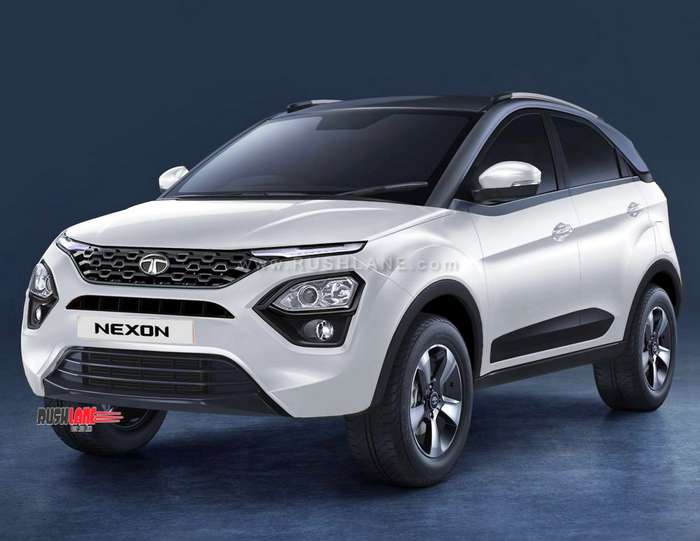 Tata Nexon, the sub 4 meter SUV, is company’s best selling car (Tiago is their best seller). It was launched in September 2017 and since then commands sales of around 4,500 units each month. In Dec 2018, Global NCAP revealed that Nexon is the only made in India car to have 5 star crash test safety rating. This pushed Nexon’s sales. In Jan and Feb 2019, sales of Nexon are at about 5,200 unit.

2020 Tata Nexon will continue to be powered by the same 1,198cc, 3 cylinder, turbocharged petrol engine offering 108 bhp power and 170 Nm torque and a 1,497cc, 4 cylinder turbo diesel engine capable of 108 bhp power and 260 Nm torque. The engines get mated to a 6 speed manual transmission and 6 speed AMT. The engines will offer better refinement and fuel efficiency, as they will now comply with BSVI emission norms.

Along with updating its product lineup with new design language and BS VI engines, Tata Motors has also announced an increase in prices from the next financial year. The new prices will be effective from 1st April 2019 with all cars becoming more expensive by upto Rs.25,000. This price surge affects all cars in the company lineup including the newly launched Harrier. The company cites changing market conditions, rising input costs and other external economic factors for reasons to increase prices. The company also gears up for upcoming launches such as the Buzzard, and the Altroz which will be launched later this year.