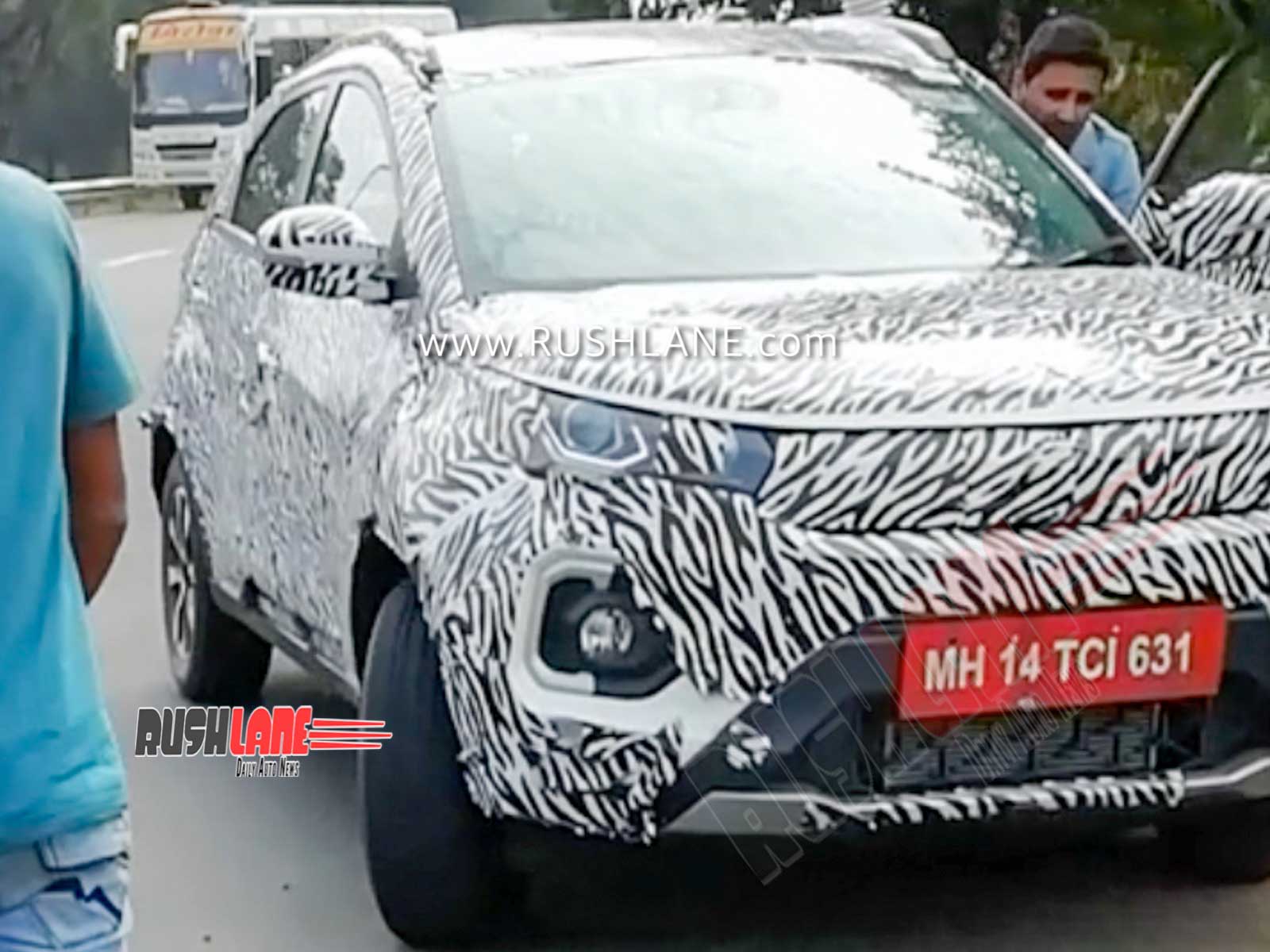 The Tata Nexon facelift has been spotted testing on public roads. The close up spy shots reveal the new design elements at the front fascia. Only the nose of the prototype is camouflaged, indicating that there will not be any styling changes in profile or rear fascia.

It looks like Tata Motors has decided to make the Nexon’s face less curvy and more Range Rover Evoque-ish. The new double-barrel headlamps with projector elements are longer and sleeker than before, and it looks like the grille has also been restyled accordingly.

Of course, the bumper gets new air damn and fog light enclosures. The new face is expected to enhance the Nexon’s appeal among young audience. Hat tip to automotive enthusiast Prem Kumar for sharing the spy shots. 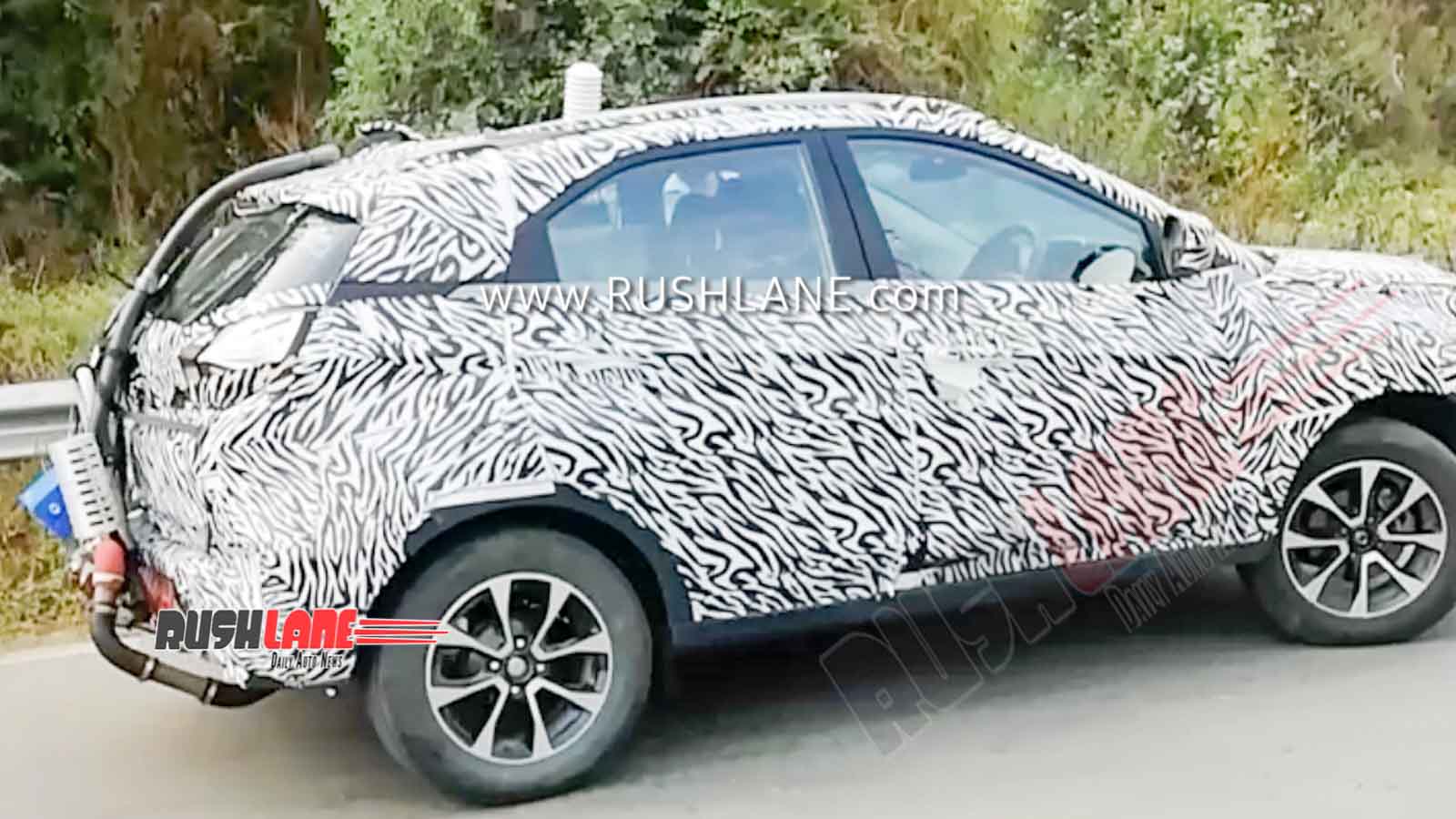 As far as interior is concerned, we don’t expect any extensive changes. The trims and accents could be tweaked and changes based on customer feedback would be implemented. Tata Motors is likely to use this opportunity to equip its sub-4m crossover with added connectivity features to match the Hyundai Venue.

Stuff under the hood will be familiar albeit will be upgraded to BS-VI emission norms. While the performance figures are expected to be more or less identical, there could be a slight drop in fuel efficiency figures as optimization priority shifts towards emissions (in the fine tuning stage, FE and emissions are often mutually exclusive).

In their existing states of tune, the 1.2-liter Revotron turbo petrol and 1.5-liter Revotorq turbo diesel engines produce 110 hp. The petrol unit is good for 170 Nm of torque while the oil burner develops 180 Nm. Transmission options include 6-MT and 6-AMT.

The 2020 Tata Nexon facelift is expected to be ready for launch in Jan 2020. A festive season launch would have help Tata Motors have a better impact, but that did not happen. If not in Jan 2020, then it is most likely to be launched at the Auto Expo 2020 in February.

With the arrival of Hyundai Venue and Mahindra XUV300, the Nexon found its market share shrinking. The facelift would come as a much needed shot in the arm for Tata Motors as Nexon is one of its best sellers.