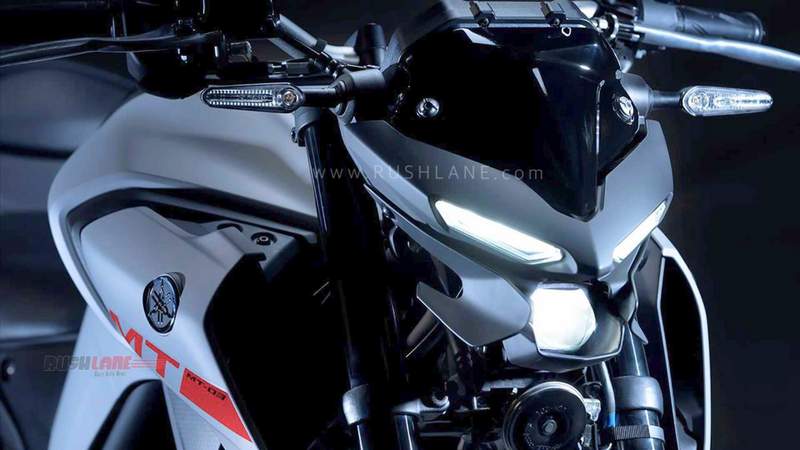 2020 Yamaha MT03 is finally unveiled. Based on a new gen platform, the new 300cc segment naked motorcycle from Yamaha is ready to take on the likes of KTM Duke 390, BMW G310R in the global market.

On the design front, it shares bits with other MT bikes from Yamaha, including the MT15. This can be seen in the two-position LED headlight, LCD dash, and sharp design lines. There’s a new LCD dash, which is now a standard in the segment. The white-on-black LCD dash is easier to use than the outgoing unit.

Upfront is a new dual headlight setup, that paints an aggressive picture. This is further accentuated with style tweaks for a wider tank cover/ tank shrouds and lighter air scoops. The LED headlight and LED DRL setup bears familiarity with MT15 in India. LED turn indicators are new.

Based on Yamaha R3, the bike gets power from a 321cc twin-cylinder motor. This engine delivers 42 hp and 29.6 Nm. It has a top speed of over 180 kmph. The bike features new 37mm USD forks in place of the telescopic unit used earlier. The swingarm is extended and pivots more to the middle. Rear monoshock responds to revised preload and damping settings, plus a stiffer spring.

MT03 split-seat and tail section looks akin to new Yamaha R3. For braking, the bike features single disc in the front as well as at the rear. Dual-channel ABS comes as standard in select markets. The bike is also available without ABS in select countries.

Colour options on offer include Ice Fluo, Icon Blue and Midnight Black. In intended markets, MT03 are expected to reach dealerships in December 2019. The first countries where the MT03 will be launched include US, Japan, some countries in Europe, etc.

Yamaha India has not confirmed the launch of MT03 yet, but considering that they have announced to launch more bikes in the MT range, one can expect MT03 to be launched in India in the near future.