The 2021 BMW 5 Series has made its online debut. The life cycle impulse (facelift in BMW’s lingo) of the luxury sedan not only incorporates exterior tweaks but also receives a new hybrid powertrain for international markets.

Visual changes are primarily concentrated on the front fascia. The revised LED headlamps are sleeker than before with ‘L’ shaped signature daytime running lights. Another unmissable change comes in the form of wider and lower kidney grille elements which are now connected to each other by a chrome element. The front and rear bumpers are reprofiled to enhance the sporty quotient. The LED tailights receive new detailing. The sedan is claimed to be aerodynamically more efficient than the outgoing model.

The 2021 BMW 5 Series facelift has retained its interior design without any major visual changes but offers revised materials. The infotainment system is now based on the seventh generation BMW iDrive platform. It can be specified with a standard 10-inch screen or an optional 12.3-inch unit. 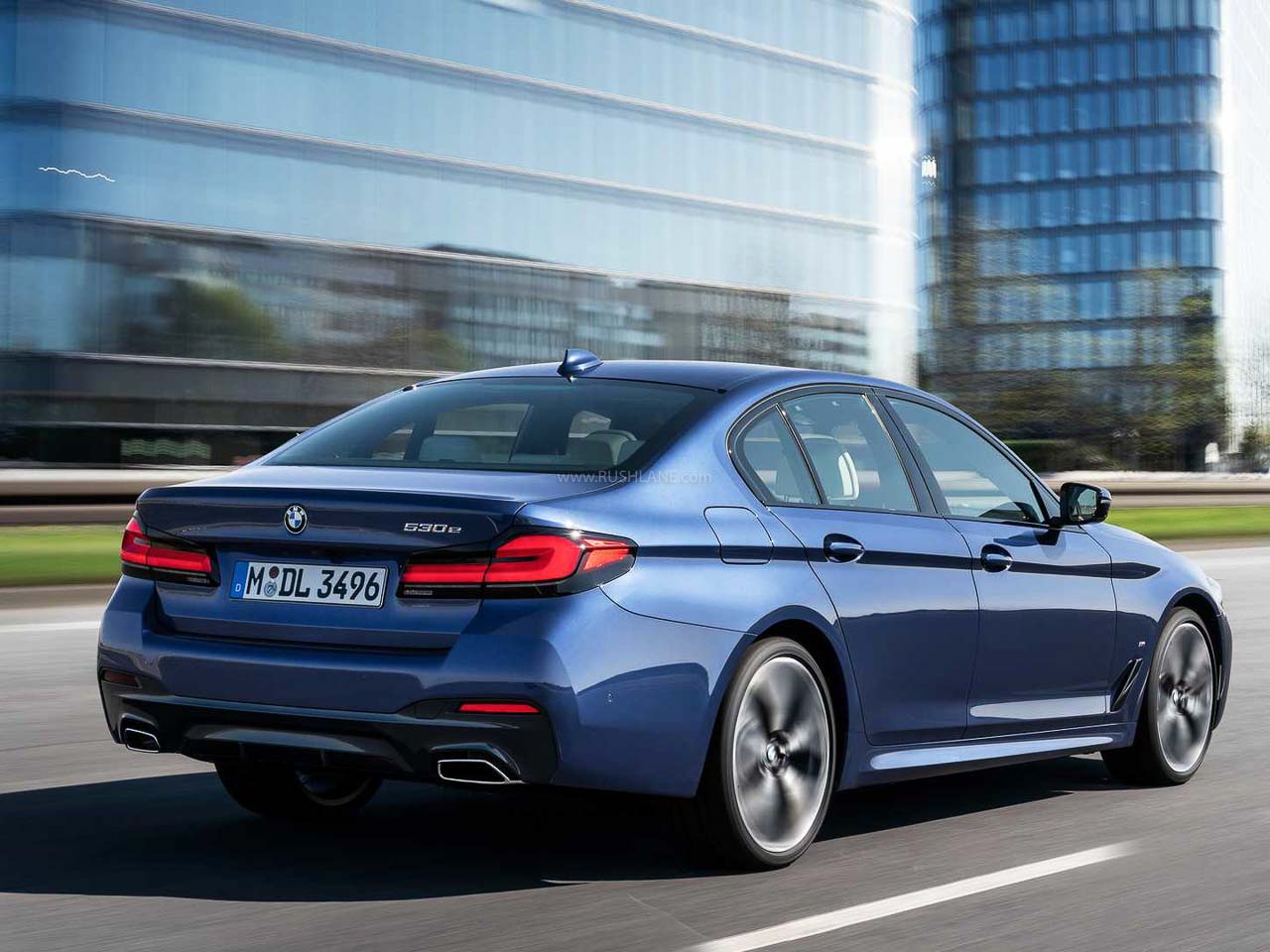 In terms of powertrain, the existing options will be joined by a new top-end hybrid system under the 545e moniker. To be supported by a inline six-cylinder 3.0-liter petrol engine, the new BMW 545e is estimated to pump out a combined power output of 400 hp. The existing 530e motor is expected to be retained. The updated BMW M5 and M5 Competition variants are expected to be introduced at a later stage.

We don’t expect the hybrid powertrain to be available in India. For our market, the facelifted 5er will continue to be offered in 530i, 520d and 530d avatars. The petrol variant employs a 2.0-liter 251 hp motor while the base 2.0-liter diesel motor puts out 190 hp. The range-topping oil burner is a 3.0-liter straight six motor now produces 285 hp. All these engines will now benefit from standard mild-hybrid technology which will have a 48V ISG and a second battery to offer a temporary power boost of 11 hp.

The new 545e XDrive plug-in hybrid powertrain comprises a 286 hp 3.0-liter petrol motor and a 109 hp electric motor. The system has a combined output of 394 hp and has a pure electric range of 57 km. The facelifted BMW luxury sedan is expected to reach India soon after its international introduction. It will continue to rival the likes of Mercedes E Class, Audi A6, Volvo S90 and Jaguar XF.

BMW India’s first quarter performance in 2020 represented a decline, however the brand’s figures were higher than that of its rival Mercedes India for the first time in a while. Lion’s share of its sales came from the SUV lineup but the 5 Series continue to be a key product in our market.

The German luxury brand has rolled out several contactless initiatives to serve its prospective and current customer base. Operations at its Chennai factory have resumed with 50% workforce. While the overall sales volume of luxury cars in our country is expected to witness a sharp decline this year, BMW looks set to move a place or two in the pecking order.