First unit of the all new, facelifted G310GS rolled off the production line earlier today. BMW G310GS is manufactured in India, by TVS Motor Company at their plant in Hosur. Overall design has been kept similar to the earlier variant.

The design revision is replete with a basic colour, and two exclusive style variants. All three colour variants feature metallic titanium grey engine housing covers for the alternator, clutch and water pump. Typical GS colours in white with basic colour plain polar white, and tank side panels in grey, make for a sporty Rallye style appearance. The frame is painted in red, and Kyanit blue metallic for the tank centre cover and front.

The cylinder head is rotated by 180 degrees with front intake, and exhaust at the rear for optimal combustion air ducting. The structure supports the motorcycle’s compact vehicle architecture. For international markets, the new BMW G310 GS is now homologated to EU5 standards. While the one in India, which will be launched next week, will be homologated to BS6 standard. The engine also features automatic idle boost and electromotive throttle controller. 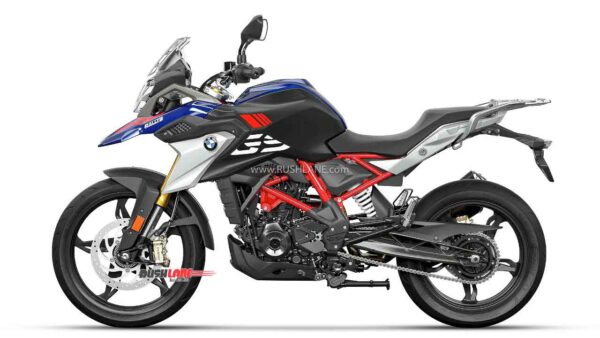 Significant reduction in operating forces at the clutch lever is also factored in. Hand lever is adjustable in four stages for brake and clutch for both. Largely beneficial for folks with small hands. 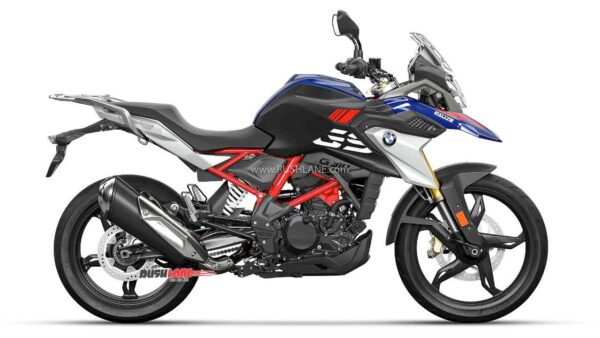 There is a new special edition of 2021 BMW G310GS, called 40 Years GS Edition. While it’s not known, which markets will see the ’40 Years GS’ edition, but there will be a BMW G 310 GS based on R 100 GS’ colour theme in black and yellow. This will have the basic colour cosmic black, and yellow graphics on the tank side panels. 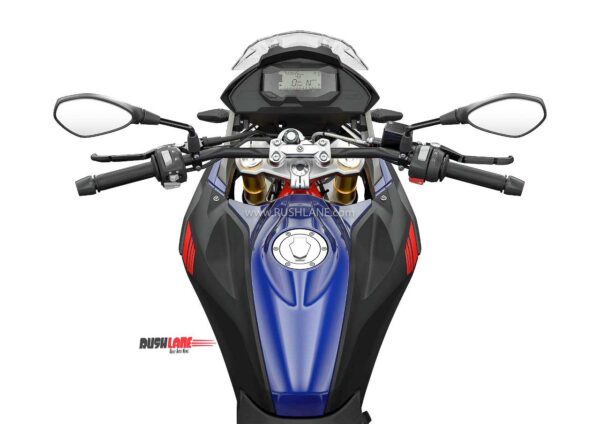 Pricing has not been revealed yet. For India, official launch will take place on 8th Oct, which is when the prices will also be revealed. Along with the GS, we will also get the new G310R. Bookings are now open. Once launched, it will rival the likes of KTM 390 ADV and Duke 390 respectively.