2021 BMW G310R Launched In Europe – More Expensive Than Before

BMW Motorrad has launched the made in India BMW G310R in Europe in its latest avatar. The naked motorcycle is manufactured by TVS Motor Company at its Hosur facility and exported to overseas markets. From the images, it seems that the European model is similar to the India-spec model.

Most importantly, the new G 310 R complies with the latest Euro 5 emission norms which are set to kick in from 1st January 2021. The latest iteration of the naked roadster was launched in India a couple of months ago at a price of Rs 2.45 lakh (ex-showroom). Apart from an updated engine it also gets revised styling and some additional features.

Starting with its performance, it draws power from an updated 313cc liquid-cooled, single-cylinder engine which pushes out 33.5 bhp at 9500 rpm and a peak torque of 28 Nm at 7,500 rpm. This unit is paired with a six-speed gearbox with a slipper clutch for smooth shifts and precise actuation. 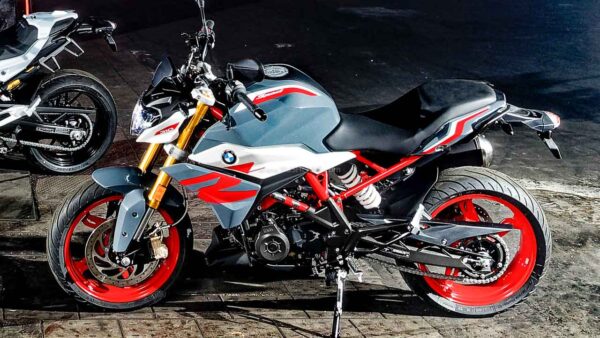 It can clock a maximum speed of 143 kmph and does a 0-50 kmph sprint in just 2.5 seconds. This engine is now equipped with an electronically-controlled ride-by-wire system which offers better throttle response.

The 2021 G310R sits on a tubular space frame just like its predecessor and gets a refreshed sport look. It gets a revised muscular fuel tank with shrouds, a stepped-up seat, an upswept exhaust pipe and golden-colored front forks. BMW has added new design elements such as a full-LED headlight, LED turn indicators, and LED brake light for enhanced visibility. 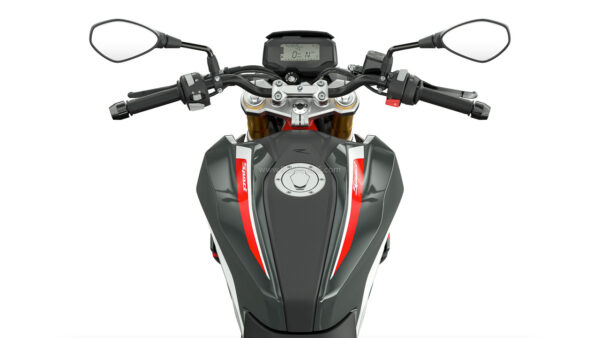 It rides on orange coloured alloy rims which are equipped with disc brakes on both front and rear ends assisted by dual-channel ABS. suspension duties on the bikes are handled by 41mm USD forks on the front and a mono-shock unit at rear.

The updated G 310 R comes with a new clutch lever and handbrake lever which are adjustable at four stages. Thanks to these two additions, the bike offers better ergonomics, especially to shorter riders.

Dynamics are further improved with the presence of a Titanium Grey painted engine housing, coolant pipe, clutch, rear grab handle and coolant pipe. The electronics package is bolstered by the addition of a dynamic traction control system and automatic stability control. The three new colour options further accentuate the bike’s dynamic appeal. These include limestone metallic, cosmic-black and polar white.