The eagerly anticipated new generation Ducati Multistrada V4 flagship adventure tourer has finally been unveiled online via first of a five episode video series. Since its inception in 2003, Ducati has managed to sell over 110,000 units of its cross country workhorse and the latest iteration is leaner, meaner, lighter and packed with an array of first-in-industry technologies.

The new Multistrada retains its instantly recognizable styling language characterized by an imposing, front heavy stance, and yet, every single design element is much more modern and sleeker than before. The new beak and panels of the semi-fairing are optimized for aerodynamics and better cooling performance. The side panels are so designed to channel airflow towards rider’s legs, a feature which would be widely appreciated on long journeys.

The smart LED headlamps with Panigale-inspired LED DRLs render the Multistrada V4 a strong character. The bodywork-free tailpiece further accentuates the frontal bulk, a conscious decision by the designers. 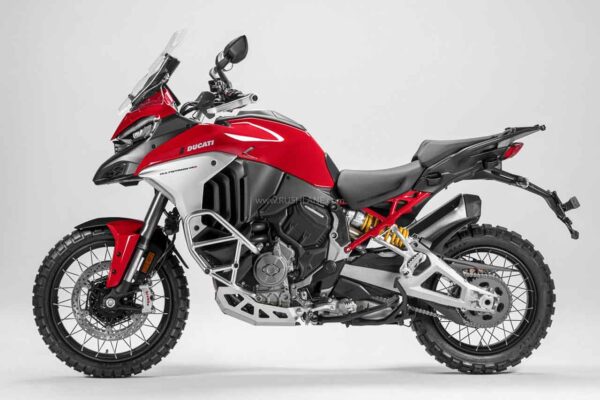 The 2021 Ducati Multistrada V4’s largest party trick is its all-new V4 liquid-cooled 1,158 cc engine which is more compact than the outgoing L-Twin motor despite featuring two additional cylinders. Thanks to various weight saving measures, the V4 units is 1.2 kg lighter. 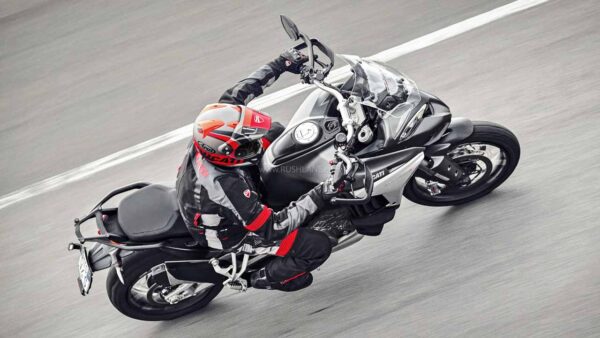 Power and torque figures stand at 170 hp at 10,500 rpm and 125 Nm at 8,750 rpm. A six-speed transmission with up and down quick shifter is connected to the motor by means of a slip and assist clutch. The rear bank of cylinders is deactivated at idle to improve thermal comfort. 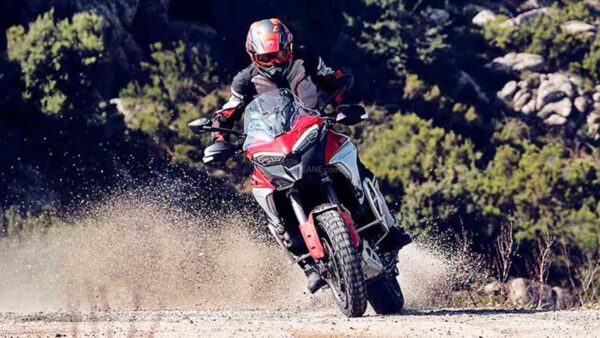 The Multistrada’s GranTurismo V4 motor has an impressive service interval of 60,000 km, longest by a huge margin. The all-new spring valve return system seems to have played a major role in extending the service interval. 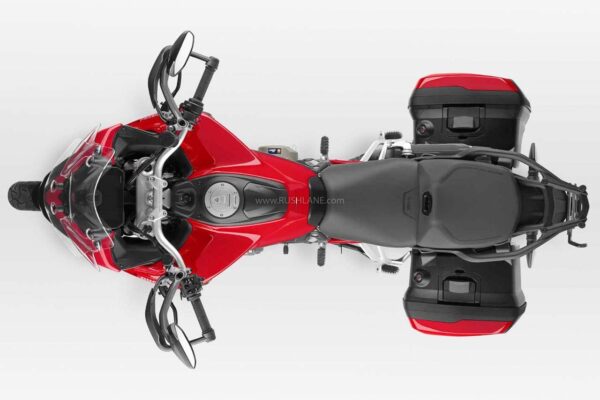 The 2021 Ducati Multistrada V4’s aluminium frame is equipped with a two-sided swing arm, and the top-end V4 S sits on a semi-active Marzocchi electronic suspension (170 mm travel at the front and 180 mm at the rear) with Ducati Skyhook System. The spoke wheels come shod with 120/70-R19 front and 170/60-R17 Pirelli Scorpion Trail II rubbers.

The most significant equipment, however, is the front and rear radars, a first in a production motorcycle. The front unit, mounted on the beak, facilitates Adaptive Cruise Control while the rear one supports blind spot detection and rear collision warning. 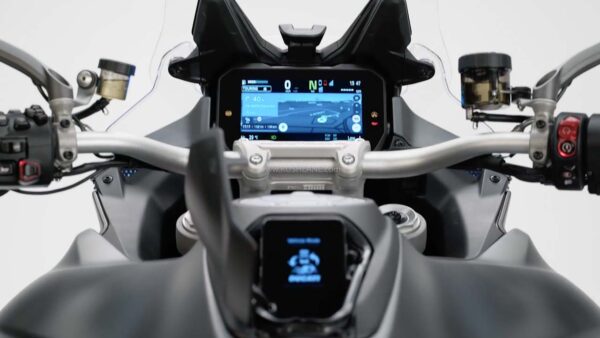 Available in V4 and V4 S variants, the 2021 Ducati Multistrada is expected to hit the showrooms in early 2021. The tech-laden cross country tool will make its Indian launch most likely next year. 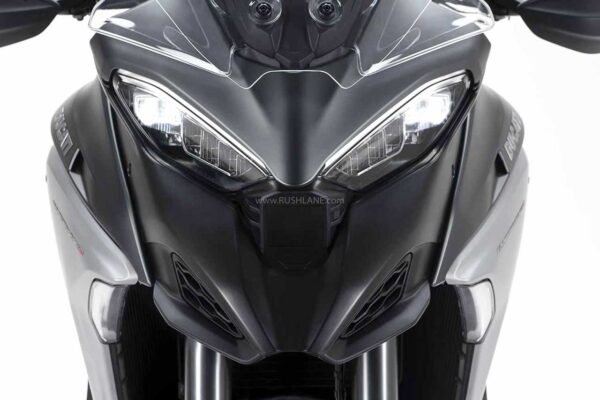