It is a good time for Ducati fanboys as the latest edition of Ducati World Premiere saw the unveiling of not one but two motorcycles. Alongside Supersport 950, the Italian superbike brand also revealed the next generation of Panigale V4 SP thus reviving an iconic moniker of the brand from its yesteryears.

SP stands for Sports Production and as described by Ducati it “is used to recognize a production bike with specific technical equipment that makes it faster on the track.” This is established by the fact that each of these V4 SP units will be individually numbered to lend an exclusive identity, however, production will not be in limited numbers. 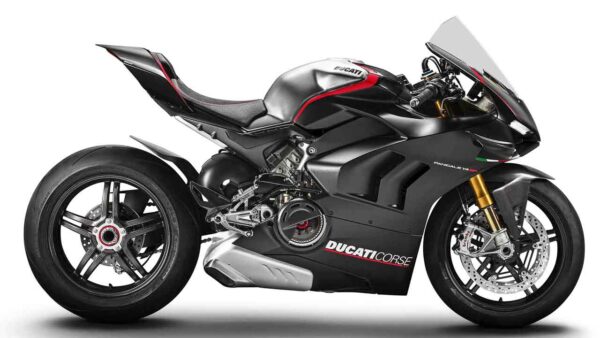 This moniker was last used in the 916 range of Ducati and is not going to replace Panigale V4R and both models will coexist alongside the other Panigale V4s. In fact, the homologation-spec superbike is USD 3,000 less expensive than V4S at USD 37,000.

The V4 SP is essentially an amalgam of all Panigale V4s in the current lineup. It shares its mechanicals with Panigale S while certain design and aesthetic elements from V4R and Superleggera have been thrown in. 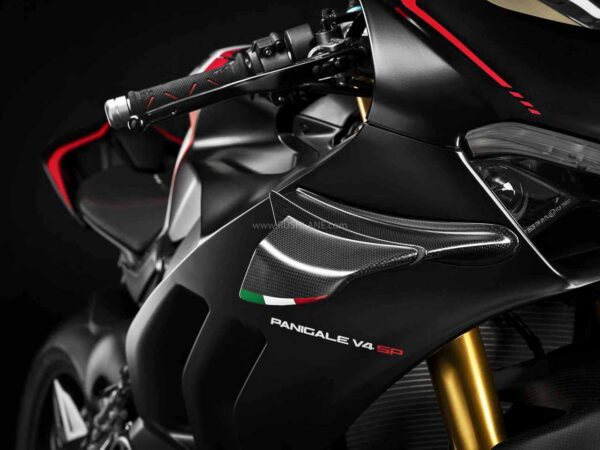 Coming to its most critical aspect- performance, Panigale V4 SP sources its power from the same 1103cc Desmosedici Stradale engine which also powers the base Panigale V4 and V4S models. This unit now complies with Euro-5 emission standards and returns an impressive output of 214 bhp at 13,000 rpm and 124 Nm of peak torque at 9000 rpm. Like the Superleggera and V4R, it gets STM EVO-SBK dry clutch which is accompanied by the customary growl from Desmosedici Stradale in the background.

In terms of dynamics, it is based on the same platform as V4S and also inherits the latter’s Öhlins NIX 30 fork, TTX 36 rear shock, and electronic steering damper. Inclusion of semi-active suspension indicates that amateur riders would be more comfortable on V4 SP. 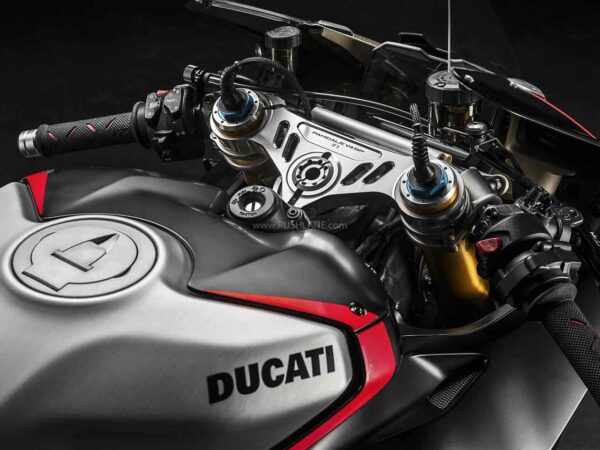 Many components such as the lightweight 5-spoke carbon wheels, dry clutch, Brembo 330mm discs, brake calipers and master cylinders and carbon fibre winglets have been derived from Superleggera. Drop in unsprung mass in rims decreases moment of inertia for quicker handling. Also, it is helped by the fact that it is 1.4 kg lighter than V4S.

It gets a host of electronic updates including Race A and Race B ride modes. The latter increases the torque band on lower three gear ratios to accommodate for low-grip conditions or for riders with less experience. It also gets Ducati Traction Control Evoluzione 3 (DTC Evo 3) an enhanced version of the existing traction control. 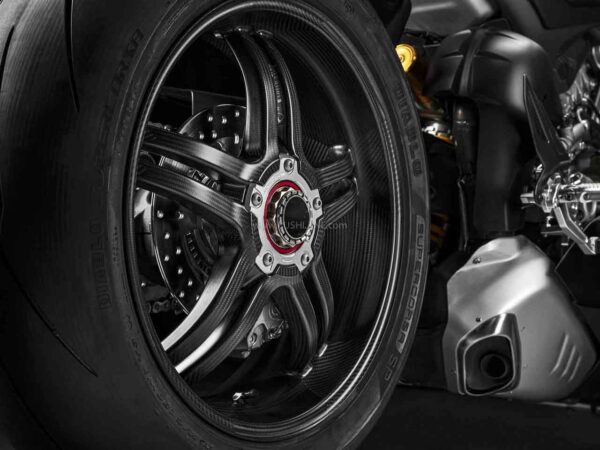 Panigale V4 SP is available in only a single colour scheme. The black paint with silver inserts on the tank is a tribute to ‘winter test’ colours used by Ducati’s MotoGP and WSB teams. Considering the past launches by Ducati in India, it is likely that the V4 SP will make it to India in 2021. 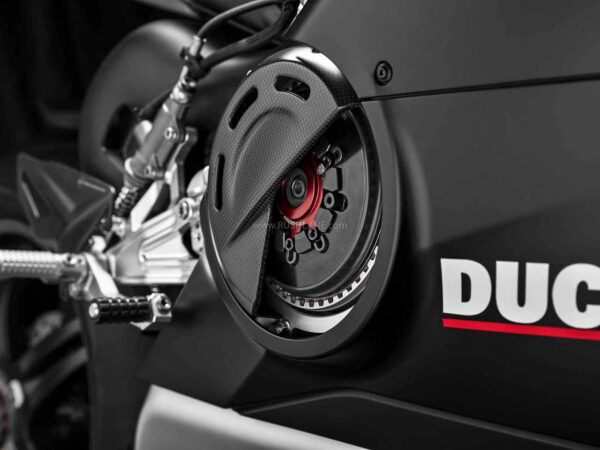