Ford EcoSport is rightly credited for kick-starting the compact crossover segment in India when it was launched back in 2013. Despite receiving only minor updates over its eight-year course, it still performs decently in the market being the highest selling product by the American auto giant in India.

However, the fact cannot be denied that sales of EcoSport all over international markets have been affected by the introduction of newer compact crossovers. Taking cognizance of the matter, Ford will be launching a new sportier variant of the standard crossover called EcoSport Active.

The EcoSport Active will be every bit of its standard model currently in sale with some cosmetic and powertrain updates to make it a sportier proposition. Images of the same have leaked on the internet ahead of its official debut slated on 6th November which gives us an idea about the upcoming model of the crossover.

The new EcoSport Active comes with black plastic cladding all around the wheel arches adding a more rugged appeal to it. It also receives front and rear faux skid plates adding a hint of sportiness to the compact crossover. 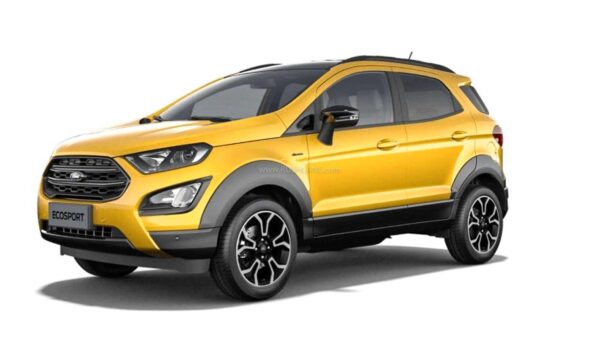 Other notable differences are new multi-spoke alloy wheels with polished faces, darkened lower body and tinted windows. Chrome elements have been replaced with blacked-out elements as the case in the front grille.

As seen in the international-spec facelifted model, EcoSport Active also misses out on the tailgate mounted spare wheel. The exterior is well rounded off by a dual-tone look with a contrasting black finish for the roof and wing mirror caps which add a nice touch to overall styling. A similar blacked-out rugged variant of Ford EcoSport is already on sale in Brazil with the suffix ‘Storm’. 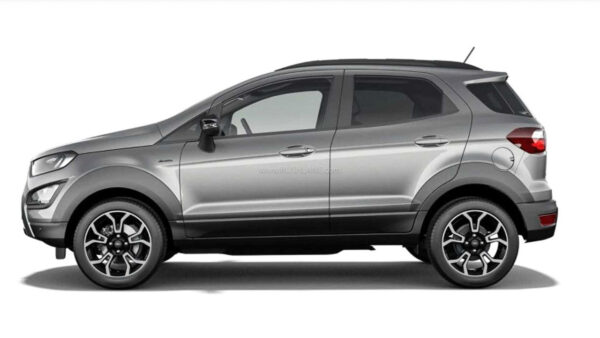 Interiors of the cabin are similar to the regular EcoSport except for the addition of ‘Active’ branding embroidered in more premium upholstery of front seats. Equipment list as well is expected to be identical to the standard model which is expected to include an 8-inch touchscreen infotainment system with Android Auto and Apple CarPlay, automatic climate control, push-button start, cruise control and much more. 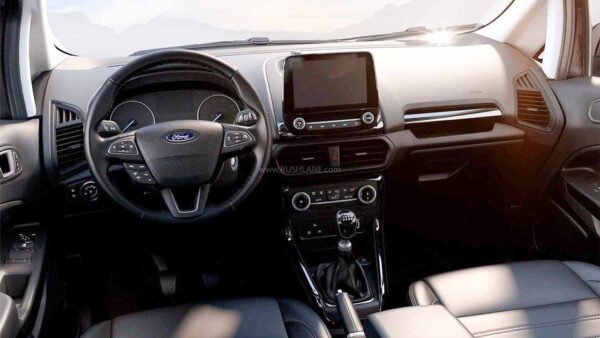 Speaking of its powertrain options, EcoSport Active will be powered by a standard 1.0-liter EcoBoost inline three-cylinder turbo petrol engine which is good enough to produce 125 PS of maximum power and 175 Nm of peak torque. This unit will be mated to a 6-speed manual gearbox as standard. 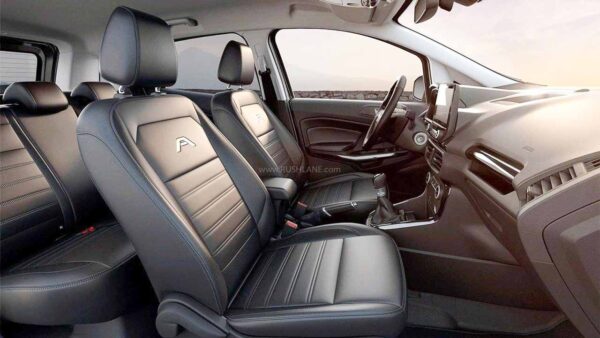 In some international markets, it might also be made available with a 2.0-litre naturally aspirated petrol engine churning out 166 PS of power and 202 Nm of peak torque. The latter might also be offered with an AWD option.

Will it come to India?

Ford already retails a couple of all-black options of EcoSport in India namely S and Thunder variants. In all likelihood, the Ecosport Active will not come to India. The American brand is already in the process of developing the next generation EcoSport which is expected to make its international debut in 2022. 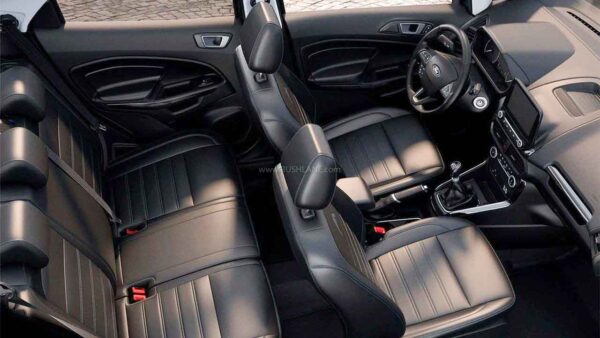