Honda has launched its entry-level faired motorcycle CBR150R in Thailand. The updated fully faired sports bike comes with new paint scheme options. Other than added colour schemes there are no other changes brought by the Japanese brand. Earlier, it was speculated that the bike would get USD front fork suspension units which didn’t happen.

The latest iteration of CBR150R is offered in four dual-tone colour options which include Matte Black with Red, Grey with Red, Red with Black and Black with Orange. Out of the four colour combinations, Grey with Red comes with the most funky-looking body graphics and decals.

This said colour comes with a red front wheel, red underbelly cowl and sporty graphics with a hint of yellow. The overall design and colour schemes of CBR150R have been inspired by higher CBR models such as CBR650R and CBR1000RR-R.

It continues to exhibit its signature dual-LED headlamps which are integrated with eye-grabbing LED DRLs. The bike gets low-set clip-on handlebars which demand an aggressive lean forward position accompanied by the rear-set footpegs. 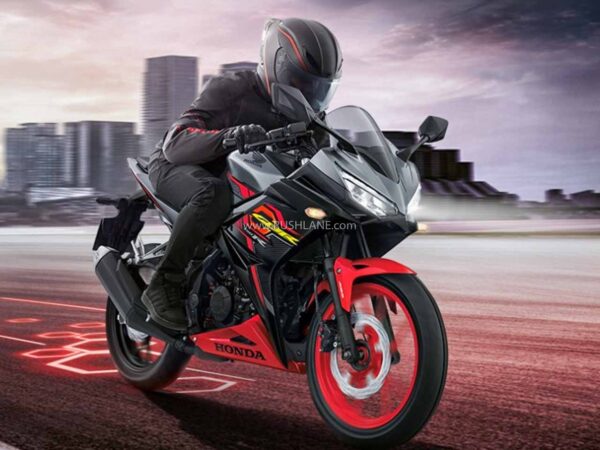 The sculpted fuel tank, fairing-mounted rear-view mirrors, split-style seats and a high-rise tail section enhance the bike’s sporty appeal. The contrasting exhaust canister tip also accentuates the sporty look. Coming to its hardware, suspension duties on the bike is handled by telescopic forks at front and a rear mono-shock. Braking duties are taken care of by petal-type disc brakes on both wheels.

In terms of its powertrains, the latest version of CBR150R derives its power from a 149cc single-cylinder liquid-cooled engine which comes with a DOHC setup and four valves. The motor kicks out a power of 17.1 PS at 9000 rpm and a peak torque of 14.4 Nm at 7000 rpm. This unit comes equipped with Honda’s PGM-Fi fuel-injection system and eSP technology. Transmission is carried out by a six-speed gearbox as standard. 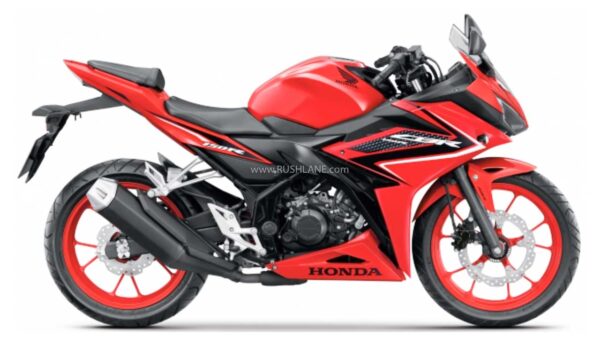 The new 2021 Honda CBR150R has been priced at THB 99,700 which roughly translates to INR 2.43 lakh. The bike is very popular especially in South East Asian countries although it is unlikely to launch in India anytime soon. It directly locks horns with Yamaha R15.

Honda is rather looking to introduce the updated 2021 CB300R in India which is expected to launch sometime early next year. The naked streetfighter got discontinued earlier this year and is expected to make a return in its updated BS6 complaint form soon. The bike is likely to be brought via the CKD route and is expected to cost around Rs 2.50 lakh (ex-showroom, India).